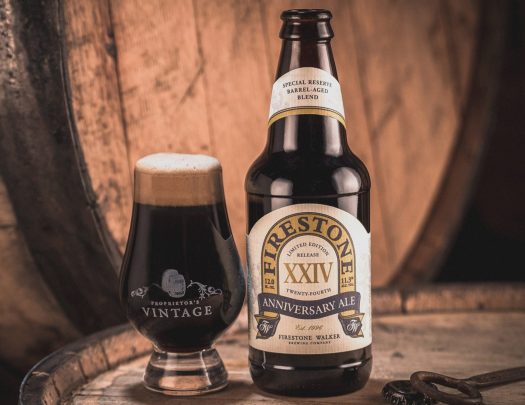 Beer o’clock? You don’t have to tell us twice. With summer upon us, we’re ready to dive into our third annual Top 10 Beers of the Year list, a look back at the best brews that hit the market in the last 12-ish months. (See also our 2020 and 2019 lists.)

As with all of our top 10s, this collaboration reflects votes and commentary from the Drinkhacker staff. Individual writeups are denoted with the initials of the particular blurb writer.

Agree? Think we’re crazy? Leave a comment below or drop us a line via Twitter, Facebook, or Instagram. And don’t forget to subscribe to our weekly newsletter — you’ll get Drinkhacker highlights in your inbox every week, plus the chance to win one of our exclusive contests and giveaways.

1. Firestone Walker XXIV Anniversary Ale (California) – After taking the bronze in 2019 and the silver in 2020, Firestone Walker is bringing home the gold this year with its Anniversary Ale, celebrating 24 years of some pretty terrific beer making. As with previous years, this beer was the product of a collaborative blending competition among some of the brewery’s industry friends, and the winning blend was simply sublime. Comprised of six different brews from their Proprietor’s Vintage Series, this one has everything you could want in a dark, barrel-aged beer, from rich, chocolaty malts to an indulgent, boozy-yet-balanced sweetness that rides a creamy, complex palate that is beautifully accented with a unique bit of tobacco smoke from Firestone’s rare Imperial Smoked Walker’s Reserve. Can they possibly beat this one for their quarter century celebration? Time will tell. 11.3% abv. -DB [BUY IT NOW FROM DRIZLY]

3. Brooklyn Brewery Black Ops (2020) (New York) – Each year, Brooklyn Brewery takes its Imperial Russian Stout and ages it in bourbon barrels, creating Black Ops. In 2020 (as in 2019), the beer was aged in Four Roses bourbon barrels, creating a remarkable combination of stout and rich bourbon character. Loaded with dark chocolate, caramel, and walnuts, there’s also notes of coffee and some fruit here, giving the boozy conflagration the character of the most insane milkshake you’ve ever had. Killer. 12.4% abv. -CN [BUY IT NOW FROM DRIZLY]

4. Guinness Nitro Cold Brew Coffee (Ireland/Maryland) – The combination of rich Guinness stout with dark deep nitro cold brewed coffee is an alchemy of tiramisu dreams come true. Despite the intensity of the stout and bitter coffee combo, what you end up is an unlikely front-runner for summer-friendly sipping. The beer is oddly refreshing and satisfying with its creamy, chocolate-forward profile. The only unsolved riddle is what time of day is the most appropriate to indulge in this latest Guinness expression. 4% abv. -MU [BUY IT NOW FROM DRIZLY]

7. Harpoon Mike’s Pastry Barrel-Aged Cannoli Stout (Massachusetts) – Last year Harpoon launched an unlikely collaboration with Boston’s Mike’s Pastry, which is famous for its cannoli. (The beer actually had cannoli shells in the brew.) This year, they put that stout into rye whiskey barrels to age, turning this into a dessert experience like no other. 9% abv. -CN

8. East Brother Russian Imperial Stout (California) – You may not know this Richmond, California-based brewery, but you should. This stout is arguably East Brother’s best beer to date, made with black barley, chocolate malt, midnight wheat, and the soul of Rasputin. What hits the palate is an overload of cocoa, coffee, and fresh fruit notes that would make you swear you were drinking a barrel-aged beer. (It’s not.) 10.5% abv. -CN

9. Stone Tangerine Express Hazy IPA (California) – Stone gave its Tangerine Express Hazy IPA a newly designed look on the can but thankfully retained the recipe which makes it again a delight to savor. Loads of tangerine and pineapple and eight different hop varietals help establish a lovely balance between tropical and bitter, never leaning too heavily in one direction. A nice one for humid summer evenings. 6.7% abv -RT [BUY IT NOW FROM DRIZLY]

10.Warfield Brewery Ketchum Kolsch (Idaho) – Proof that not every beer on this list has to be a stout or an IPA. Warfield’s Ketchum Kolsch is chewy and bready and perfectly refreshing, with a mild hoppiness and a touch of butter. Summer’s here, folks. Drink it up. 4.8% abv. -CN 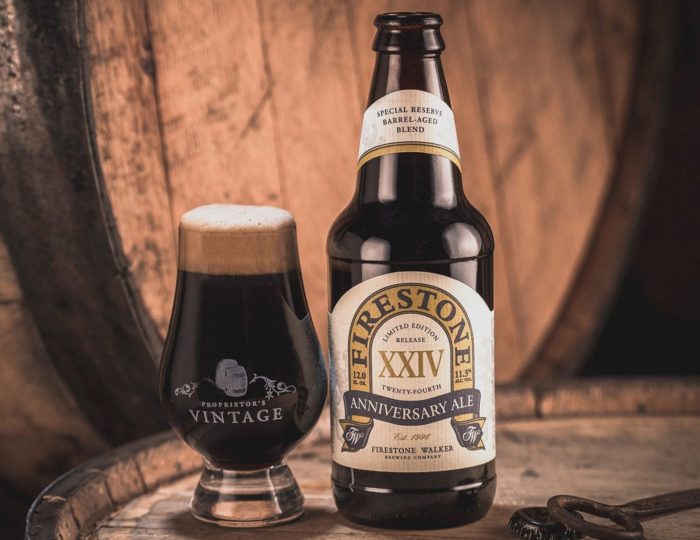