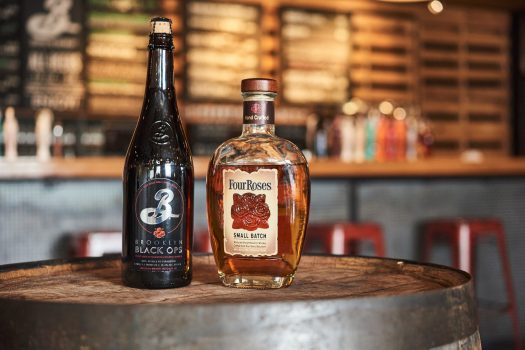 Since 2008, Brooklyn Brewery has been taking its Imperial Russian Stout and aging it in bourbon barrels, then releasing the beer as Black Ops, a wildly rich and immersive brew that’s black as night, with a flavor to match. This year, as it did in 2019, Brooklyn has aged the beer in Four Roses bourbon barrels — and has denoted such on the label, complete with the roses.

We were lucky to get a sample of this 2020 expression and found it to be a remarkable melding of both stout and the bourbon barrel. It’s rich with dark chocolate, intense caramel, and well-roasted walnuts, before diving deep into notes of milky coffee, malt balls, and just a touch of fruit. It’s only mildly sweet and not at all winey like many barrel-aged stouts can be, ultimately coming across like the most decadent milkshake you’ve ever touched. The finish takes on more traditional stout characteristics — with a fruity plum element and more of a molasses character becoming prominent — particularly as it warms up. Still, it’s quite lovely through to the end.

This is a stout that’s best served cold, but it also shines as it evolves in the glass. Fans of both traditional stouts and barrel-aged beers should seek it out.