Get to know our talented writing and editing team.

A veteran journalist, the author of three books, a published poet, and an award-winning winemaker, Christopher Null has more than 20 years of experience writing about wine and spirits. He founded Drinkhacker in 2007 as part of Null Media, a publishing company that provides editorial content and strategy services and which also operates Film Racket, a movie review website. He also writes regularly about the science of booze for Wired and is an occasional contributor to ADI’s Distiller magazine. 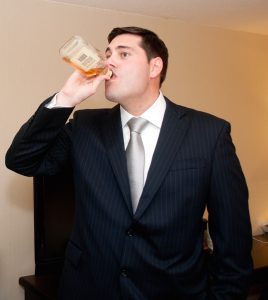 A professionally trained bartender with no actual bartending experience, Drew Beard gave up a cushy government position for a frenzied career in hospitality, owning and operating a small hotel with a big bar program in Virginia wine country (yes, it’s a thing), just outside of Washington, DC. As both a freelance spirits writer and hotelier, he’s finally able — and encouraged — to drink on the job. Drew is a Certified Specialist in Spirits and Executive Bourbon Steward, among other booze-related merit badges, and he manages our Instagram account with a fervor that has no equal.

Rob Theakston spent the better part of his misspent youth as an Associate Editor at Allmusic.com and has since retreated to a life of whimsical academic work at the University of Kentucky. He divides his ample leisure time between the fine communities of Ypsilanti, Michigan and Lexington, Kentucky. He still writes for Drinkhacker, as he does not believe he would be allowed to write about whiskey anywhere else.

A theatre professor by day and a libations enthusiast by night, Robert spends his time teaching class, taking care of his children, or at the bar. He lives near Boston, Massachusetts with his wife, twin daughters, and Sonny, the golden retriever. In addition to writing for Drinkhacker, he has published two books on Shakespeare as well as numerous articles and book chapters on theatre history, Frankenstein, and The Evil Dead. His hobbies include collecting whiskeys, watching ridiculous movies, running, and practicing Kenpo karate, in which he holds a black belt.

Renee Humphrey is a writer and an entrepreneur. After her first career as an actress in Hollywood (Sundance award winner, extensive work in film and TV in the 1990s), Renee co-piloted the launch and growth of the Sonoma County wine label Eric Kent Wine Cellars for more than a decade and remains a partner in the company. She currently works as a freelance wine and travel writer, writing fiction in the quiet hours between reading and imbibing life’s joys. She has a newly found passion for making bread and works part-time as a Senior Home Caregiver. 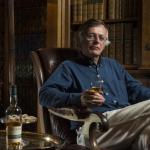 Mike Gerrard believed what people told him, that as a travel writer he had the best job in the world. But then he discovered drink, or at least writing about it, which has proven to be even better. He has drunk cognac in Cognac, tequila in Tequila, bourbon in Bourbon County, scotch in Scotland… and whatever’s on offer around the world. He publishes two boozy websites, The Vodka Guy and Travel Distilled, and splits his time between his native England and his home by marriage in Arizona. When not writing or drinking he plays the mandolin.

Stephen Allison began his career as a cellar hand working the 2013 harvest on California’s Central Coast. After the year’s wine was barreled, he transitioned to hospitality while diligently studying all manner of beverages. He holds Certified Sommelier, Certified Cicerone, and WSET Level 3 Award in Sake distinctions and is a former Sommelier with the Ritz-Carlton Hotel Company. When not writing tasting notes and researching rare wines, he enjoys listening to electronic music on his audiophile stereo, playing PC games, and visiting museums.

Wes Deskins went to law school because he couldn’t think of anything better to do and has paid the price ever since. He lives in Lexington, Kentucky with his wife and two sons and, after 16 years in appellate law, now spends his days recruiting other attorneys to voluntarily represent the less fortunate. He is an avid reader who doesn’t write nearly enough in his family’s opinion.  He also enjoys yoga, beer, and soccer but not at the same time and not necessarily in that order.

David Thomas Tao (he/him) is an entrepreneur, editor, and voice actor based in New York City. He is the CEO of BarBend.com, a media brand that provides multi-platform coverage of news, analysis, training, and opinion in strength training and sports. David is a 2019 Forbes 30 Under 30 list maker for Media and a Founding Member of the Rolling Stone Culture Council. David is a proud Kentucky native with a (nearly) lifelong love for bourbon and American whiskey culture.

Monica Uhm is an incurable dilettante who has been dabbling most consistently as an international tax specialist, recording singer-songwriter and coffee shop loiterer – sometimes contemporaneously.  Inevitably, she has channeled her bottomless enthusiasm for discovery into the intriguing eclectic expanding universe of bourbons, engaging in bourbon-banter at every opportunity.

How to Reach Us

Submission information for wineries, breweries, and distilleries looking to send product for review can be found here.