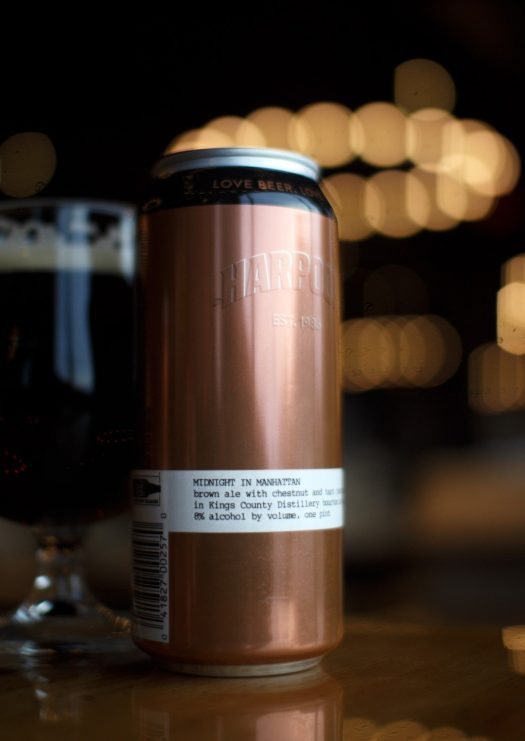 Summer’s here, and that must mean it’s time for our second annual Top 10 Beers of the Year list, a look back at the best brews that hit the market in the last 12-ish months.

As with all of our top 10s, this collaboration reflects votes and commentary from the Drinkhacker staff. Individual writeups are denoted with the initials of the particular blurb writer.

Agree? Think we’re crazy? Leave a comment below or drop us a line via Twitter, Facebook, or Instagram. And don’t forget to subscribe to our weekly newsletter — you’ll get Drinkhacker highlights in your inbox every week, plus the chance to win one of our exclusive contests and giveaways.

1. Harpoon Midnight in Manhattan (Massachusetts) – We reviewed a whole bunch of beers from Boston’s Harpoon this year, but this collaboration with New York’s Kings County Distillery was my favorite. Inspired by the Manhattan cocktail, Midnight in Manhattan, the 8% abv beer is loaded with notes of chocolate, dark caramel, and cherries — with a kick of whiskey courtesy of a savvy level of barrel finishing. -CN 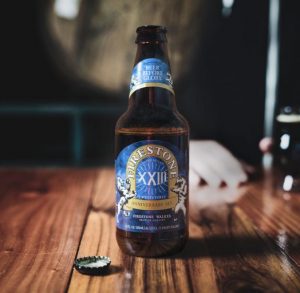 2. Firestone Walker XXIII Anniversary Ale (California) – Firestone’s XXII Anniversary Ale made last year’s list, and this one might be even better. That’s no surprise since XXIII Anniversary Ale is the product of a thoughtful blend from the same group of Firestone’s wine industry colleagues that happened to select last year’s release. It’s got everything you could want in a barrel-aged beer, quite literally. Barrel-aged stout, quad, imperial brown, and barleywine make up the bulk of the blend. There’s even a touch of tequila barrel-aging in there, which imparts a unique, tropical note. The final result is an elegant and dangerously drinkable brew worth hunting down. 11.5% abv. -DB

3. Goose Island Bourbon County Brand Stout (Illinois) – Goose Island has been bottling its Bourbon County Stout for 15 years now, which makes them one of the longest running bottlers of bourbon barrel-aged beer. With their new large-scale barrel-aging facility and plenty of InBev production muscle, the 2019 release was the easiest to track down yet. Ubiquity has not diminished the quality, however, and this one remains the quintessential barrel-aged stout with Hershey’s syrup and baking spice on the nose and a creamy palate filled with vanilla cream, fudgy brownies, and a subtle dark coffee note. 14.7% abv. -DB 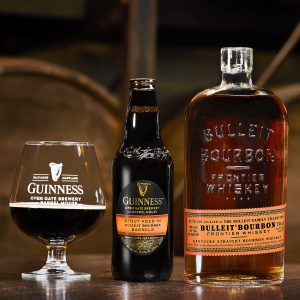 4. Guinness Stock Ale Aged in Bulleit Bourbon Barrels (Maryland) – Take a combo of Guinness barleywine and Guinness stout and put it in a barrel that once held Bulleit Bourbon and you’ve got, well, magic. This unlikely trio is a home run of malt, chocolate, coffee bean, and raisin notes, sweet but not overdone, with a kiss of carbonation that sizzles on the finish. 10% abv. -CN

5. Lagunitas Hazy Memory IPA (California) – Arguably the best hazy from Lagunitas, this IPA is made with Loral 291, Hallertau Blanc, Galaxy, and Citra hops, giving it a huge burst of papaya and melon notes. The catch? It’s only available during the month of September. 8% abv. -CN

6. Founder’s Brewing Underground Mountain Brown (Michigan) – Famous for their bourbon barrel breakfast stout, Founder’s should be equally commended for this imperial brown ale, which also has a bit of a breakfast component to it since it’s cave-aged with Sumatra coffee for a full year. The java component is nicely balanced, however, with plenty of chocolate and vanilla-tinged barrel notes offering plenty of diverse flavors to savor. 11.9% abv. -DB 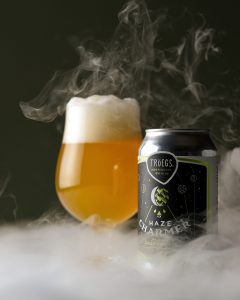 8. Troegs Haze Charmer (Pennsylvania) – Troegs’ latest takes a slurry of malted barley, oats, and unmalted wheat, then punches it up with Citra, Idaho 7, and Azacca hops to create a hazy-fruity delight that comes across as almost creamy on the palate at times. Beautifully balanced and fairly sessionable at just 5.5% abv. -CN

9. Stone Jagermeister Arrogant Bastard Ale (Germany) – This crazy collaboration between California’s Stone and Germany’s Jagermeister isn’t a blend of the two but rather a strong ale infused with many of the bittering and flavoring elements of Jagermeister. Overwhelming with notes of stewed prunes, cloves, raisins, and licorice all on top of a molasses base, it’s a wholly unforgettable and completely unique monster of a beer. 8.5% abv. -CN

10. 10 Barrel Brewing Snake Run Double IPA (Oregon) – Looking for a slick, mouth-coating DIPA to enjoy under the heat of the sun? This limited edition is boldly piney with a strong vein of citrus, its tropical fruits bursting forth as it develops on the tongue. A gloriously overblown double IPA to help you forget your troubles. 8% abv. -CN