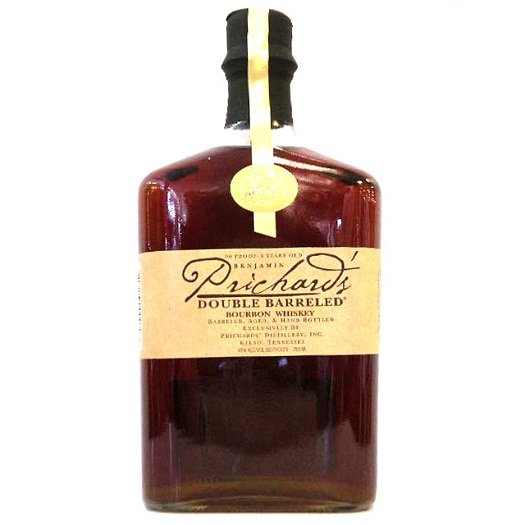 It may not be canonically “Bourbon,” but the state of Tennessee is responsible for the best-selling whiskey in the world: Jack Daniel’s.

But Jack isn’t the only whiskey going in Kentucky’s next-door neighbor. Benjamin Prichard has been producing a variety of spirits — including a whole family of rums — for ten years now.

We got a peek at three of the distillery’s whiskeys (and one whiskey liqueur) — and the results prove that if you don’t know Prichard already, it’s time to start paying attention.

Benjamin Prichard’s Lincoln County Lightning – White lightning, folks. Unaged corn whiskey. Moonshine. At 90 proof it isn’t horrible, its enormous corn notes balanced with just a touch of sweetness. I’m admittedly not the world’s biggest fan of white whiskeys, but if I had to drink one, Prichard’s is at least passable. 90 proof. C+ / $NA

Benjamin Prichard’s Tennessee Whiskey – Now that’s more like it. An easy drinking whiskey, made of white corn, aged 10 years in barrel, and bottled at 80 proof, this Tennessee Whiskey was released to celebrate the distillery’s 10th year of operation. It’s worth the wait, very much a Bourbon at heart, sweet caramel notes balanced by a body that hints at its corn-based roots, a little black pepper, and vanilla on the finish. Nice balance. A- / $NA [BUY IT NOW FROM CASKERS]

Benjamin Prichard’s Double Barreled Bourbon Whiskey (pictured) – The notes on the back of this curiosity say that it’s a “little known fact” that whiskey is watered down before it’s bottled. I’m not sure many whiskey drinkers are unaware of that fact, but regardless, what Prichard’s does with this whiskey is age it at normal cask strength for nine years, then water it down to 90 proof, and then re-barrel the cut whiskey in charred oak barrels a second time.  What advantage this might actually offer is hard to say. Prichard’s Double Barreled is hot and much spicier than the 10-year Tennessee Whiskey, indicative perhaps of more rye in the mash. A little harsh on the attack, it quickly reveals a huge and racy herbal character, tempered by brown sugar. Lots of intrigue and worth seeking out. Limited release. A- / $60 [BUY IT NOW FROM CASKERS]

Benjamin Prichard’s Sweet Lucy Bourbon Based Liqueur – Sweet Lucy — now there’s a name for a liqueur. Like many a whiskey-based liqueur before it, Prichard’s rendition is overwhelmingly, well, sweet, a syrupy concoction that is overwhelmingly sugary, but which offers vague Bourbon character in the finish. With this much sweetness, it’s hard to really differentiate; if you’re a fan of American Honey and its ilk, you’ll find Sweet Lucy just as satisfying. 70 proof. B+ / $25  [BUY IT NOW FROM CASKERS]