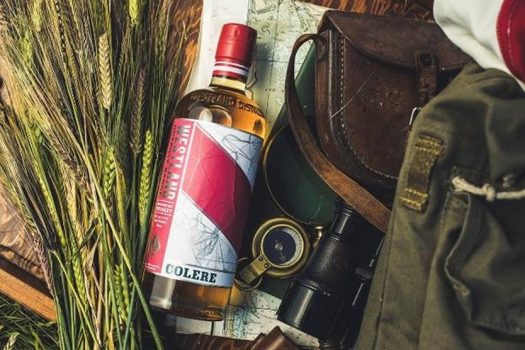 Seattle-based Westland is evolving its limited edition Garryana oak line of single malt whiskeys, folding this line into a broader series of single malts called the Outpost Range. The Outpost Range will include Garryana and a new whiskey called Colere (which formally arrives in Spring 2021). In 2023 a third whiskey is expected to join the duo, called Solum. All three are planned as annual releases going forward, and each “explores a central raw ingredient in single malt whiskey with each name inspired by terroir.” While Garryana will continue to explore local oak, Colere will experiment with different strains of barley, and Solum will investigate the impact of local peat.

“We’ve been working on these projects, exploring the Pacific Northwest and its bounty, for years,” says Westland Co-Founder Matt Hofmann. “We’re thrilled to be finally introducing the Outpost Range to the world. With all three of these whiskies we step beyond what is known in single malt to pursue new possibilities. What we’re finding is beyond exciting and these whiskies stand as outposts on the edge of the unknown.”

Thoughts on the latest Garryana and Colere releases follow.

Westland Outpost Range – Garryana American Single Malt Whiskey 5|1 (2020) – “Garryana (named after the scientific name for the unique oak, Quercus garryana) explores Westland’s native species of Pacific Northwest oak in single malt whiskey. In addition to expressing provenance in whiskey, Garryana is an entirely new species of oak to the world of whiskey, where only a handful of oak species over the course of hundreds of years have been used for aging.” This edition (which is, as always, peated) has a higher percentage of Garry oak casks than any previous release: 36% virgin Quercus garryana and 64% 1st fill ex-bourbon Quercus alba.

The nose is bold with peat, here taking on a distinct barbecue smoke character — sweet and a little meaty. There’s fruit in the mix, too — some baked apples and green banana notes percolating nicely. On the palate, smoke and fruit once again collide, giving this an almost tropical feel at times, filtered again through a BBQ haze. The flavor is intense and lasting, and quite sweet with notes of maple syrup and raspberry jam all in a slurry. It isn’t overwhelming with complexity, and the sweetness on the finish — with some elements of florals evident — can be a bit much at times. Nevertheless it draws you in, and its back end is downright eternal. It may not work for everyone, but I think it’s one of the best Garryanas of the series to date. 100 proof. A- / $150 [BUY IT NOW FROM CASKERS] [BUY IT NOW FROM DRIZLY]

Westland Outpost Range – Colere American Single Malt Whiskey Edition 1 (2021) – “Colere, from a Latin verb meaning ‘to cultivate,’ represents leaving behind the well-trod territory of ubiquitous grains and venturing into the thousands of uncharted barley varietals whose flavor has yet to be considered. This expression represents a reconnection to agriculture for the whiskey industry. In an industry that adheres to the belief that barley doesn’t impact flavor, Westland has worked for years with Washington State University’s Bread Lab, located in the Skagit Valley, local maltsters, and local farmers to develop new varieties of barley that prove otherwise. Westland’s work with these partners prioritize flavor in breeding barley varieties and more sustainable agricultural methods. In doing so, Westland positions itself as a thought leader in not only global single malt but also the future of agriculture more broadly. To date, they have distilled over 18 different varieties of barley (which is more than the entire Scotch whisky industry combined), and has committed nearly 40% of their annual production to these unique barleys. The first in what will be an ongoing annual inquiry into unique varieties of barley bred outside the commodity system with flavor first as a goal, Colere Edition 1 is made with the varietal that began it all, Alba (a six-row winter barley), and intentionally matured in only used casks – 62% 2nd fill ISC Cooper’s Reserve and 38% 1st fill ex-bourbon – to relegate the oak influence to a supporting role and focus the attention on the grain itself.”

Whew! This is a much different whiskey than Garryana, and the nose comes across as quite youthful, with a hefty focus on breakfast cereal and a vegetal, almost weedy character underneath. There’s fruit here, but it’s indistinct, outdone by the grainy elements — which, perhaps, is what Westland was going for. On the palate, the whiskey finds a similarly general immaturity and lack of focus, with a heavy emphasis on granary and burlap-like notes, though the finish is ultra-sweet with notes of spun sugar and some baking spice elements. Oddly, this sweetness comes a bit out of left field given the generally savory build-up, leaving the conclusion a bit dangling. 100 proof. B- / $150 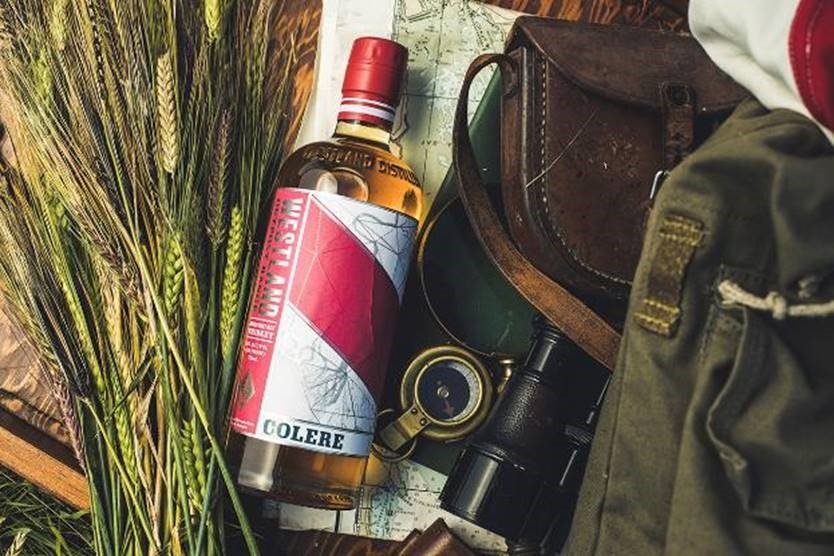