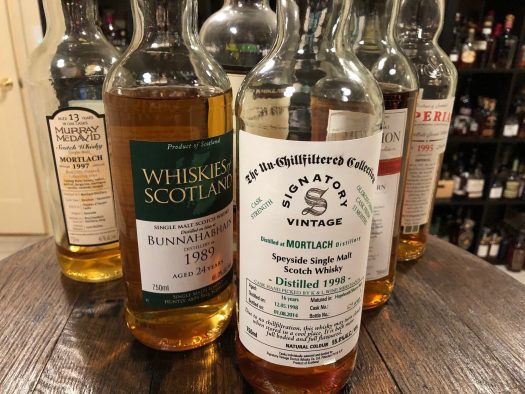 Recently a reader made a comment on our Debate Over Age Statements dispatch, essentially asking what the story was with independently bottled whiskies. Why would a 25 year old Bladnoch from Alexander Murray cost less than a 25 year old whisky directly from Bladnoch? What’s the difference between the independent bottling and the distillery bottling, anyway?

Hey, great questions! Let’s dig into this savory topic by talking to some of the biggest names in the business. 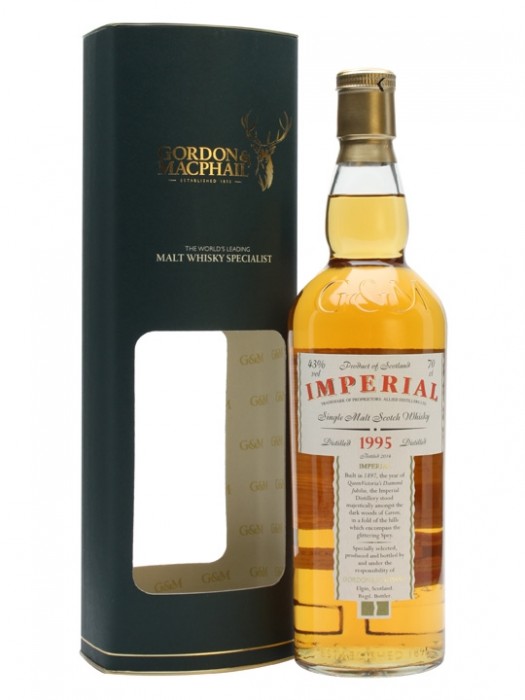 First off, what’s an independent bottler? If you’re new to the whiskey world, it’s actually a simple concept: An independent company buys a barrel of whiskey (usually Scotch, where this practice is most prevalent), and at some point it bottles and sells it, usually under a combination of its own brand and the original distillery’s brand. We review a lot of these here, such as this recent collection from Single Cask Nation. For many drinkers, the Kirkland indie bottlings from Costco are extremely well-known. Independent bottlers are different in concept than sourced whiskey producers (such as Michter’s or Bulleit); sourced whiskey producers bottle whiskey under their own brand exclusively, and rarely do they reveal the source of the whiskey — often obfuscating that there is another source at all.

With that resolved, why would one want to buy an independently bottled whiskey? For starters, to allude to the above reader question, they are often great bargains. But for most drinkers, an indie bottling is more about trying something unique. Want to try a 27 year old Mortlach? You can get that from Signatory but not from Mortlach itself. How about a sherry-finished Dallas Dhu? Gordon & MacPhail sells a bottle distilled in 1969. Indies like this often experiment with finishes that the distilleries themselves do not.

“With an independent bottling, there’s a chance to see another side to a favorite distillery,” says Sam Laing, Head of Content for indie bottler Cask 88. “Independent bottlers may have access to some quirky casks that are quite unlike anything released officially. Additionally, independent releases are usually taken from just one cask, so there’s no blending of casks to create a consistent style – such releases are excitingly unique.” Jason Johnstone-Yellin, co-owner of Single Cask Nation, puts it this way: “If consistency is the name of the game for most distilleries, inconsistency is the name of our game. But the casks we select have to be consistently good.”

Bill Campbell, founding partner of Glass Revolution Imports, which handles Murray McDavid in the U.S., adds, “A very special part of the Murray McDavid team is Mark Warrilow, their Cask Guardian. He travels the world sourcing outstanding empty casks for their Whisky Creations Team to fill. Quite unique for an independent bottler! Regular distillery bottlings are most often vatted in bulk and can show the main characteristics of the spirit, but distilleries aim to match a consistent brand profile. Independents aim to show the quirky and unique characteristics coming from the maturation of spirits in different casks.”

In addition to uniqueness, an indie bottling may be the easiest, or even the only, way to taste whisky from some smaller or more obscure manufacturers, many of which go into blends and are never bottled on their own. Johnstone-Yellin argues that that’s half the appeal of independent bottlings. “At Single Cask Nation, we believe it’s just as important to expose drinkers to distilleries they may have never heard of before, like Miltonduff or Glen Elgin.”

All of that begs a question, though: If whisky is in such high demand, why would a distillery sell off a barrel to someone else? Campbell notes it’s built into the business. “Distilleries are often driven by sales,” he says. “In their production they budget for small volume of bulk sales to select few trusted independents. Relationships are key here. Many independent bottlers have deep, long standing relationships in the industry. Those relationships yield cask offerings unavailable to others.”

A great example of this is Single Cask Nation’s periodic Wild Turkey offerings. To date, they are the only company allowed to bottle Wild Turkey at natural cask strength, and it all started with a phone call, a trip to Kentucky, and the hard-earned trust of the Russell family. Such relationships provide more than just sales to distillers, with Wild Turkey getting plenty of good publicity each year from only one or two casks. “As independent bottlers have started to see global growth, distillers big and small are finding value in letting us do some of their marketing for them,” Johnstone-Yellin tells us.

But the reality is that a lot of indie casks just don’t fit into a distillery’s plan, says Campbell. “One reason a higher profile distillery might sell casks can be as simple as the whisky is too far out of profile for them to use in vatting of a main brand. Demand for top whisky brands such as Macallan are high, but potentially less well known distilleries do need cash flow and most certainly younger distilleries are in need of cash flow. Also consider time as a factor. If an independently bottled Macallan 25 year old is sitting on a retail shelf it’s possible that it’s been there for 1 or 2 years and spent 1 or 2 years in the process of being bottled and shipped through the system, so that might mean that it was new make in a cask 28 or 30 years ago. Demand was different in those days.” 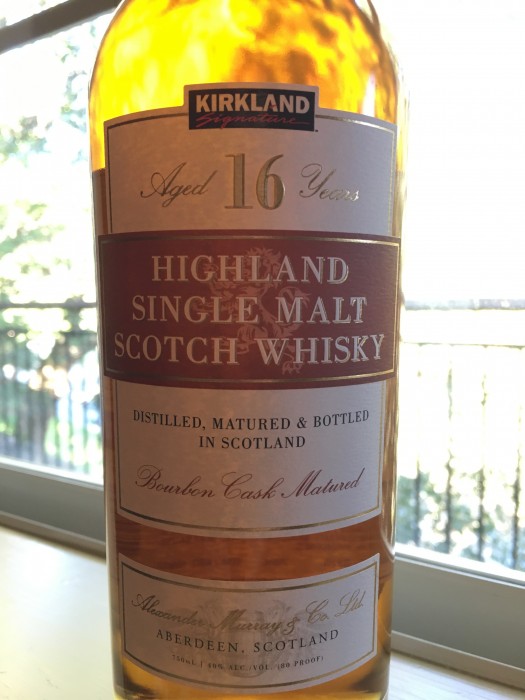 Why then would independent bottlings be cheaper than their mainstream counterparts, which have the benefit of economies of scale? (As a point of reference, in 2008 anyway, distillery-bottled Macallan 18 was $140, while Kirkland’s version was just $80. Today, Bladnoch Talia is the distillery’s 25 year old release, and runs about $400; Alexander Murray’s 25 year old is $270.) That said, comparing apples to apples is really tough now, as most indie bottlers land at a slightly different age than the distillery — a 12 year old vs. a 10, or a 27 year old vs. a 25 — and these indies can be considerably more expensive, not less. “I think the brand names that are known and sought after can be more expensive for independent bottling whereas the lesser famous brands don’t command as much a premium,” says Campbell. “One thing to note is that often the packaging of independents is more cost efficient than a distillery’s ‘special release’ done in expensive one-off packaging.”

“Official releases have a huge amount of pressure to consistently deliver whisky that is true to the promises of the brand and their customers’ expectations,” says Laing. “But since distilleries have tough guarantees on the nature of the products they send out into the world, they can also charge a bit of a premium on them. Independent bottlers, dealing in unique and possibly unusual stock don’t have to toe the line so much, but then they can’t ask for the same prices either. Of course, some independent bottlers are building quite a brand for themselves too, now.”

Note however that in the rum industry, indie bottlings are generally much more expensive. “Higher proof, limited editions, and having one more step between distiller and consumer all help to increase costs,” says Eric Kaye of Holmes Cay – Single Cask Rum.

As an aside, if you want a real deal in indie whisky, you want to check out a malt that has been teaspooned. Campbell explains better than me: “Increasingly, high profile distilleries will sell spirit on condition that their name cannot be revealed or placed on the bottle. So a small amount of whisky from another distillery is added, technically ending that whisky’s life as a branded, named single malt. However, these can be great whiskies at incredibly affordable prices. While publicly the distillery is not revealed, its pedigree is often known via word of mouth, which is something the distilleries don’t approve of. Only the most educated of whisky geeks will usually buy these bottles.”

Ultimately, independent bottling is a niche market that few drinkers know much about — and truth be told not every indie bottle is a unicorn worth buying. The catch is that they are usually produced in such small amounts that you’ll rarely know what the quality is before you buy, which makes the reputation of the indie bottler that much more important. “It’s a great way for a whisky drinker to explore the unique side of a well-known distillery,” says Johnstone-Yellin, “but it can also re-introduce that same drinker to a distillery they may have decided they didn’t like because of a particular product.” Indies sell out quickly so if you see a bottling from a distillery you’re a fan of, or maybe one you’ve been meaning to try again, your best bet is to pick it up on the spot and ask questions later. 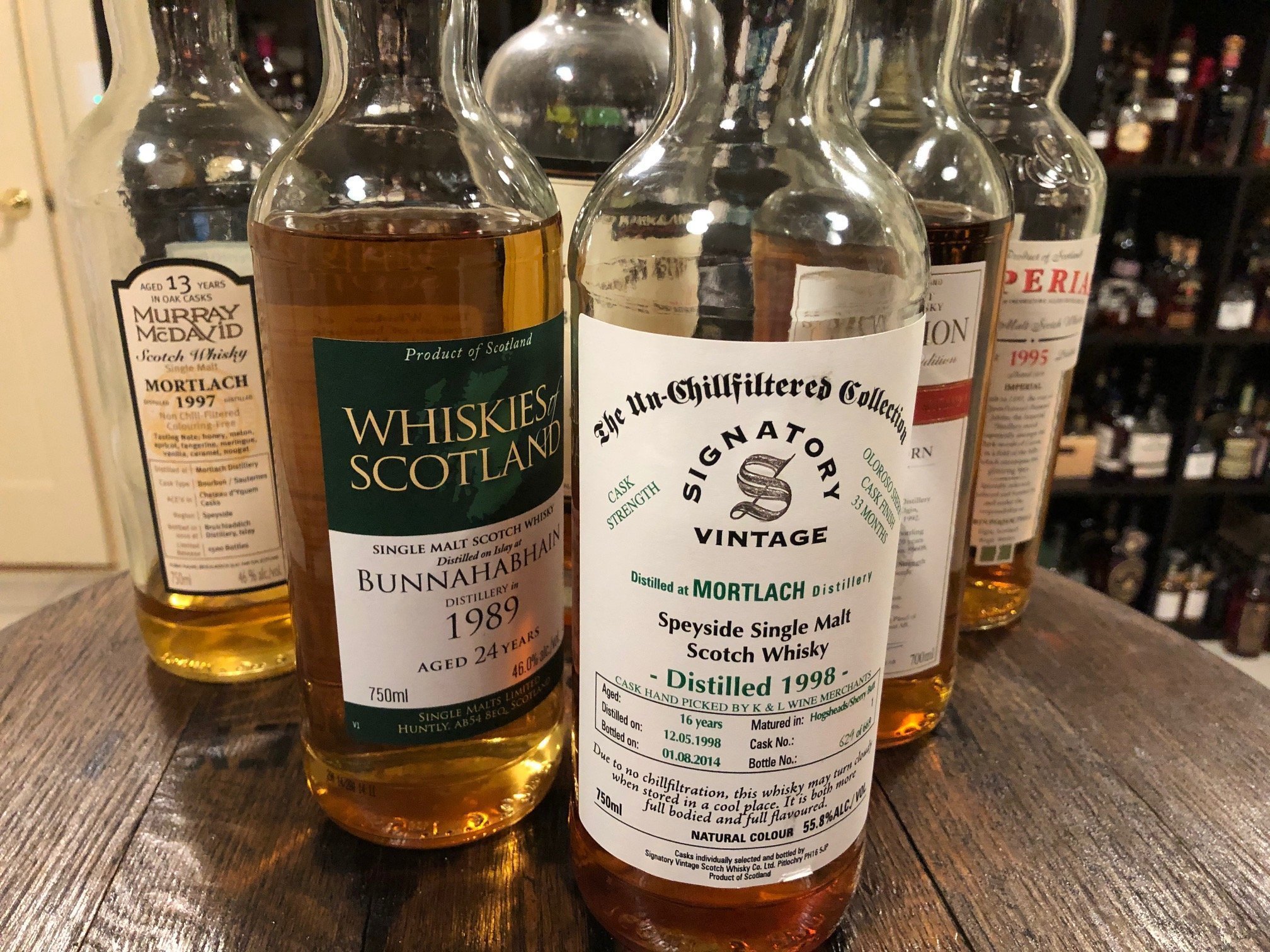