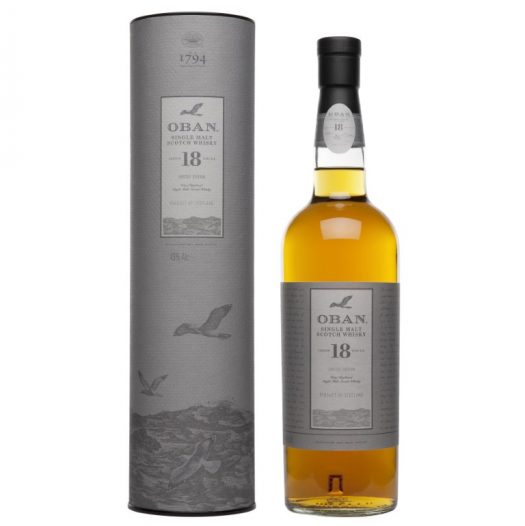 Oban is a Highlands-based distillery — “West Highlands,” as the label notes — that doesn’t get nearly the chatter of other, more name-droppable single malt brands. That’s a shame, too, because while Oban isn’t a whisky that ever really results in transcendent experiences, it’s almost always worthwhile and memorable — and, in general, not too expensive, either.

Today we look at an Oban bottling that’s been hard to come by in recent years due to global whisky shortages, but which seems to be loosening up a bit. Oban 18 Years Old is an expression only available in the United States, and it’s aged exclusively in American oak.

Here’s a look at a recent bottling. Compare to a limited edition version of the same spirit released in 2009. (While the current release still carries the “Limited Edition” labeling, there’s no bottle numbering or vintage dating.)

The nose of Oban 18 is classic Highlands — lots of amber waves of grain leading to some citrus, a healthy slug of spice, and some cherry fruit notes. The palate continues the theme, with chewy barley notes, orange peel (it feels a lot like a sherried whisky at times, though it isn’t), vanilla-caramel candies, and a not insignificant barrel char influence.

Everything’s working well together on this dram, with just the slightest wisp of smoke layered throughout the experience (any peat influence here is very, very light), no element overpowering any other. The finish is on the sharp side — the whisky still manages to feel youthful even at 18 years of age — with hints of grain hanging on for the long haul.

Definitely one of the best Oban has to offer, and worth picking up. 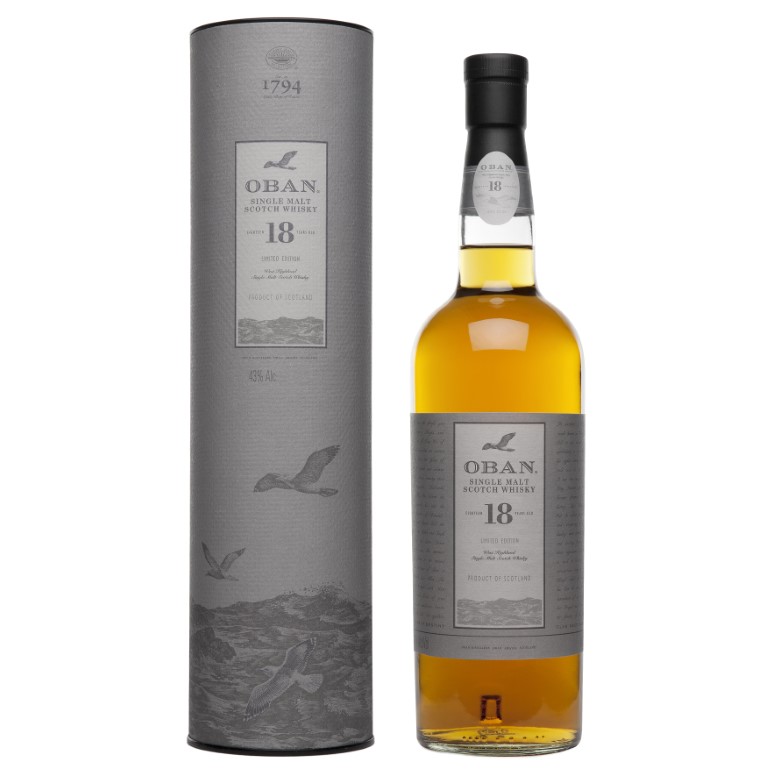