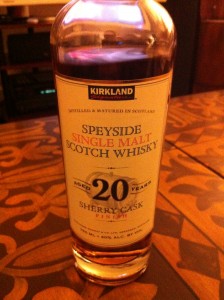 One of the questions I get asked the most is, You don’t buy much booze, do you?

Well, no, I don’t. I give away and pour out more wine and spirits than I could possibly keep on hand, a natural by-product of having reviewed close to 2000 products over the last several years. (Heresy, some say, but how big is your house?)

That said, I actually do buy stuff from time to time — products that I really like, products that aren’t available for review, and products that are just too interesting to pass up. This product fulfills two of those criteria: Whenever I’m at Costco, I check the whisky aisle for private label Scotch. These are invariably pretty good and, more to the point, very cheap. They are rarely on the market, though — the last one I saw was a private-label Macallan 18 in 2008 (though others have been produced) — so when I saw this year’s offering, a 20-year-old for $45, I snapped it up.

The hitch: The distillery is not revealed. It’s just noted as “Speyside,” which is a pretty big place. (There is a Speyside Distillery, but the common assumption is that the reference is to the region, not the building.) The whisky is produced, as other Kirkland whiskys are, by Alexander Murray.

First, let’s discuss the whisky. The whisky is good. Lovely amber color, lively nose with coconut and banana notes, and moderate sherry notes. The body is complex, with an initial breakfast cereal rush (lots of sugar) that evolves into tropical notes — pineapple and mango — before bringing along a rather traditional finish of honey and wood. I think this all works together pretty well, though it’s a little sweeter than I would like, with a good balance between the components and a mild body on the whole.

It’s a good whisky, but the world (and by that I mean the world of whisky nerds) has been wondering: What is it? Did Costco get a deal because they agreed not to put the name on the label? Could this possibly be 20-year-old Macallan (price: $170 at least) for 45 bucks?

The most telling clue: Almost every private-label Kirkland Scotch to date has been Macallan. In fact, I’ve never seen any other Scotch from Kirkland that is not Macallan.

So I compared the whisky to the 2008 Kirkland Macallan 18 ($80, by the way), which I still have on hand. They aren’t altogether similar. The Macallan is considerably richer, with a stronger nougat character up front and distinct heather and herbal notes on the finish that the Speyside 20 doesn’t have. It’s subtly smokier and woodier, with more of a big marshmallow ending that you don’t get with the Speyside version.

The distillery bottling of Macallan 12 Year Old (Sherry Finish) is actually a closer match, but has far more sherry and orange on the finish than this Kirkland bottling.

So, what is it? Well, with at least 70 distilleries in Speyside, it’s anyone’s guess. I don’t think it’s Macallan — it’s just too inexpensive and just doesn’t taste enough like Macallan — but who knows? My hunch is it’s something with a less recognizable name — maybe Glen Grant, Glenlossie, or even Longmorn, but those are just wild guesses.

If anyone figures it out, please let us all know.

Update: A strong argument for Cragganmore can be found here. 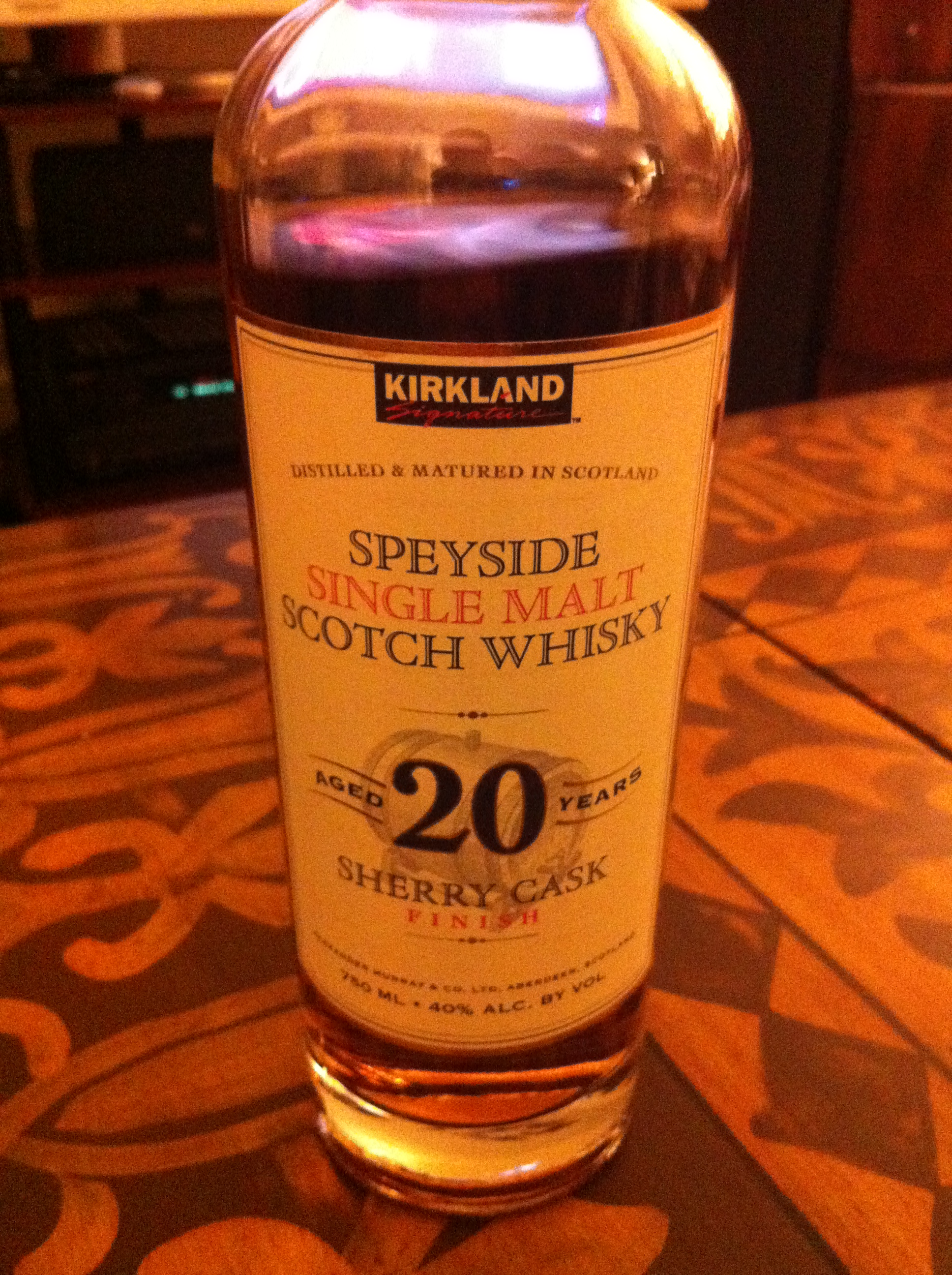