The Debate Over Whiskey Age Statements: A Drinkhacker Conversation 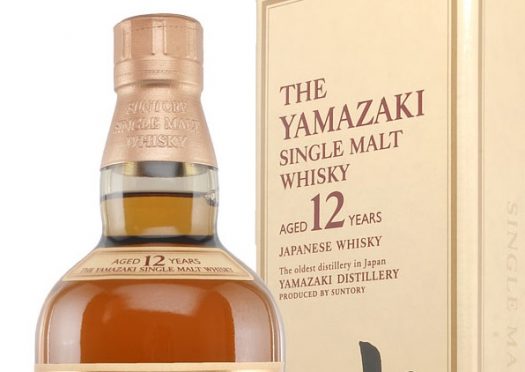 The age statement — the practice of putting the amount of time a spirit spends in the barrel — continues to be one of the most talked-about issues in the booze business. Long a staple of the whiskey world, where age statements have been a badge of honor and a matter of distillers’ pride for decades, the practice of putting a number on the label is rapidly falling out of favor. Why? Mainly because distilleries are short on old stock, so producing age-statemented whisky is harder and harder. This has led to the discontinuation of many longtime whiskeys with an age statement and their replacement with a No Age Statement (NAS) alternative… usually at a similar price.

Is the rise of NAS a good thing or a bad? Writer Robert Lublin and Editor in Chief Christopher Null engage in a debate over the issue as they attempt to suss out what’s really going on in the wild world of NAS, and whether or not “age matters” after all.

RL: Should whiskeys list their age on the bottle? I don’t think this is a simple question. When you pick up a single malt scotch, for instance, the age statement lets you know that the whisky you are about to drink spent at least that many years in the barrel after distillation. This might seem like a reasonable request to make of distilleries that are asking consumers to pay a high price for old scotch, but remember that age statements do not actually tell you the age of the whisky you are about to drink. They only tell you the minimum age of the whisky. An excellent Glendronach 15 Years Old includes older whisky inside.

The problem? Due to lack of stock, the whisky has been discontinued for the next three years until stocks can age appropriately. Will it be the same whisky when it is re-released? Not likely. The age statement on the new scotch will be identical to the old, but one can guess that the whisky in the bottle won’t have older stock in it and will ultimately taste very different. My conclusion? Age statements can be misleading.

CN: Age statements can be misleading, but not having an age statement can be even more misleading, can’t it? Taking your example even further, if we remove all age statements from that Glendronach, we don’t even have the safeguard of knowing the whisky in the bottle is at least 15 years old. NAS Glendronach would surely taste much different than whatever the new Glendronach 15 tastes like, wouldn’t it? Doesn’t the age statement provide some level of assurance that the consumer is getting what he expects?

RL: Yes, but sometimes having age statements would be even more misleading than excluding them. Consider some of the best NAS whiskies on the market today. One of my favorite peated drams is Ardbeg’s Uigeadail, which blends Ardbeg aged in sherry casks for extended periods of time with Ardbeg 10 Years Old. With an age statement, this is simply 10 year old scotch, a detail that does no justice to the whisky’s complex, smoky, fruity flavor profile. If age statements were required on bottles, this excellent dram would simply, and confusingly, tout a 10 year old statement. Uigeadail costs more for good reason.

CN: That is actually my point. My biggest problem with the removal of age statements is less about flavor profiles and more about the way whisky is sold. Age statements originally came into vogue mainly as a marketing tool, to convince consumers that, in no uncertain terms, “older was better” and better was more expensive. Until recently, Ballentine’s slogan was “Age matters.”

Now the industry has done a 180. Age abruptly doesn’t matter any more. Taste matters. To some extent that’s true, but modern food science can make anything taste good, can’t it? “Age doesn’t matter” encourages shortcuts. It rejects tradition and chases after the lowest common denominator at the highest possible price, and it shrouds the whisky in the bottle in a veil of secrecy.

RL: It is frustrating to be reminded that for all of its history and artisan craftsmanship, scotch is an industry driven by a bottom line. The marketing slogan “Age matters” did more to drive up prices and demand for older stock than it did to make a statement regarding taste or quality. The whole issue is made more complicated by the amazing, high end whiskies that are being produced today in far less time than previously was needed. Bruichladdich’s Octomore series demonstrates that outstanding scotch can be made in roughly 6 years. As one who appreciates the time and artistry that goes into making great whisky, I want as much information as possible, but times are changing and age statements will probably never again carry the importance they once did.

CN: I think whiskies like Octomore are the exception, not the rule. In fact, one could argue that Octomore is a shining example of the gimmickry I mentioned: Ultra-peated whisky can be released young because the peat overpowers anything the barrel can do. The last thing I would hope for is that distilleries will start boosting the amount of peated malt they use simply because they know that if they do they can release an even younger spirit. Alas, I worry that is a calculus that is being carefully undertaken across Islay right now.

I am happy at least, as you allude, that Bruichladdich is at least somewhat transparent about what’s in the bottle. Octomore doesn’t have an age statement, but they aren’t hiding the fact that what’s inside is pretty young. I’m less thrilled about whiskies like Talisker Storm and Macallan Rare Cask, a $300 NAS whisky. What goes into these whiskies is not just unstated, it is purposefully opaque so as to make a consumer value calculation much more difficult. I like the way Macallan Rare tastes, but I just can’t justify spending $300 for it without knowing what’s inside. It would be like buying a car without knowing what kind of engine it has. I just want to know. I’m not alone in feeling that if that kind of information isn’t made available, then the whisky is less valuable to me.

RL: I find Talisker Storm to be very reasonably priced (roughly the same as Talisker 10 Years Old) and do not mind the absence of an age statement as the quality of the product speaks for itself. But I take your point regarding Macallan Rare Cask, which, I must admit, I have not yet tried specifically because it costs too much to purchase without some idea of what I am buying. One of the problems regarding age statements lies in EU regulations which state that a whisky must either (a) list the age of the youngest whiskey appearing in the bottle, or (b) post no age statement at all. There is good reason for these regulations. If distilleries were free to list the age of all of the whiskies appearing in a bottle, they could choose to include a negligible amount of very old whiskey and list it as an ingredient, thereby misleading the consumer. The downside is a pair of options that may be well intentioned but limit the information available to the consumer. In the current system, it makes sense to exclude an age statement if one of the components is considerably younger than the others.

A third choice has been recommended by the people at Compass Box who blend whiskies to create their scotch. They would like to be able to provide “Full Disclosure” — and have actually been penalized by regulators when they have provided it. This option, should it become law, would permit bottles and advertising to list the age of all of the whiskies included in a scotch, but would require that they list the exact percentage (to a decimal point!) of each and every component. I would like to see Full Disclosure become a legal option for scotch, but I am very curious to know how many distillers and blenders would choose it.

CN: Perhaps more than you’d think. “Transparency” as a business concept has legs, and companies that embrace it (whether in spirits or otherwise) are gaining traction. For example, when restaurants use open kitchen layouts, where cooks and customers can see each other, customer satisfaction is 17% higher. Look at the rise of companies making it easy to talk to the brand via social media, disclosing where they source their products, or even revealing everyone’s salary. All of these have been associated with higher satisfaction — and bigger sales. For its part, Compass Box sells out of seemingly everything!

My prediction is that eventually the market will swing back the other way, particularly as stocks of older whiskies become more available once again and age statements are less of a hardship. Consumers — particularly Millennials hitting their 30s in the next decade and who are branching out from bourbon to scotch — will want more information about their booze, and that in turn may get marketers thinking the same way they did decades ago: Put an age statement on the label and we distinguish ourselves from the rest of the market, which by then will probably be fully embracing NAS. Age statements will again become a point of differentiation. And suddenly, age might matter again. I mean, until it doesn’t anymore.