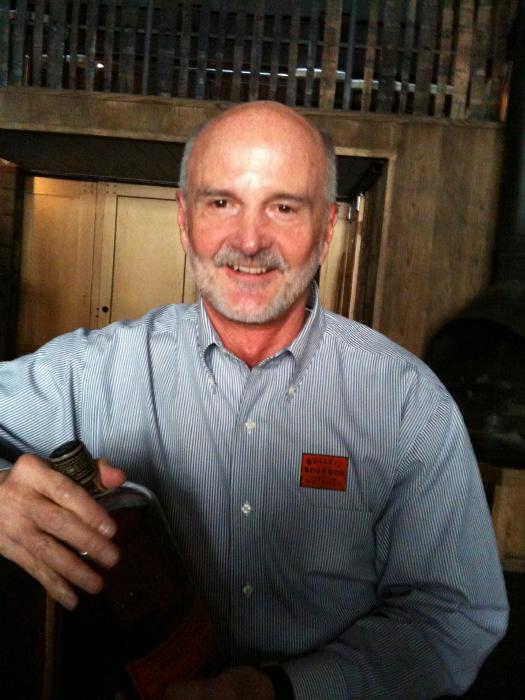 Bulleit Bourbon is incredibly popular in San Francisco, and yesterday I got to spend a little time with the man behind the brand, Tom Bulleit. A Vietnam vet and reformed attorney, Bulleit waxed philosophical on his whiskey, an adaptation of a mid-1800s recipe passed down from his great great grandfather.

Bulleit is a spicy, citrus whiskey with less sweetness than many other brands, and thanks to Tom I now know why: Bulleit contains more rye in its recipe than any other bourbon brand (according to Bulleit, anyway). His blend: 68% corn, 4% malted barley, and 28% rye, a huge proportion of the lattermost grain. Aged for 6 to 8 years, it’s bottled at 90 proof — in keeping with the more boozy implications of its “frontier whiskey” moniker.

Bulleit bottled his first batch of whiskey in 1994 and hasn’t looked back. Thanks, Tom, for offering this writer an insightful look into the mind of a modern-day bourbon baron. Say hi and tell him Drinkhacker sent you if you see Tom at Whiskies of the World-San Francisco this evening!