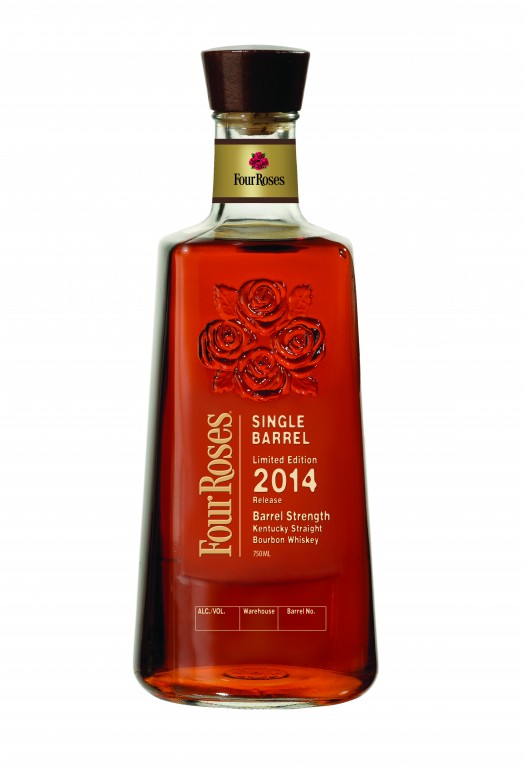 Four Roses’ 2014 Single Barrel bottling sneaked up on me, a sample appearing out of the blue for us to review.

This year’s whiskey is made from Four Rose’s OESF mashbill — the “lower,” 20% rye mashbill — which has spent 11 years in barrel. OESF is a rarity — In some seven years I’ve never reviewed any Bourbon from 4R that even had it as a component (aside from blends that don’t release their constituent makeups). Bottled at a range of 108.3 to 127.6 proof, depending on the barrel you get, it’s hotter than last year’s awesome release. (My sample was about 120 proof.)

Very fruity on the nose (as the low-rye mash is known for), this is one of the gentlest bottlings of Four Roses Single Barrel that I’ve encountered. Think caramel apples, with a dusting of apple pie spices — cinnamon and some cloves. On the body, that caramel is positively poured over the spirit, with gentle vanilla and chocolate-covered-cherries rounding things out. Give it time in glass and quiet sawdust notes emerge, but only ever so slightly — and to a far less extent than any Single Barrel bottling going back to 2009. This is liquid dessert that goes down far too easily than its hefty alcohol level would indicate. Another gorgeous, if wholly unexpected and unusual, winner from Jim Rutledge and Four Roses. 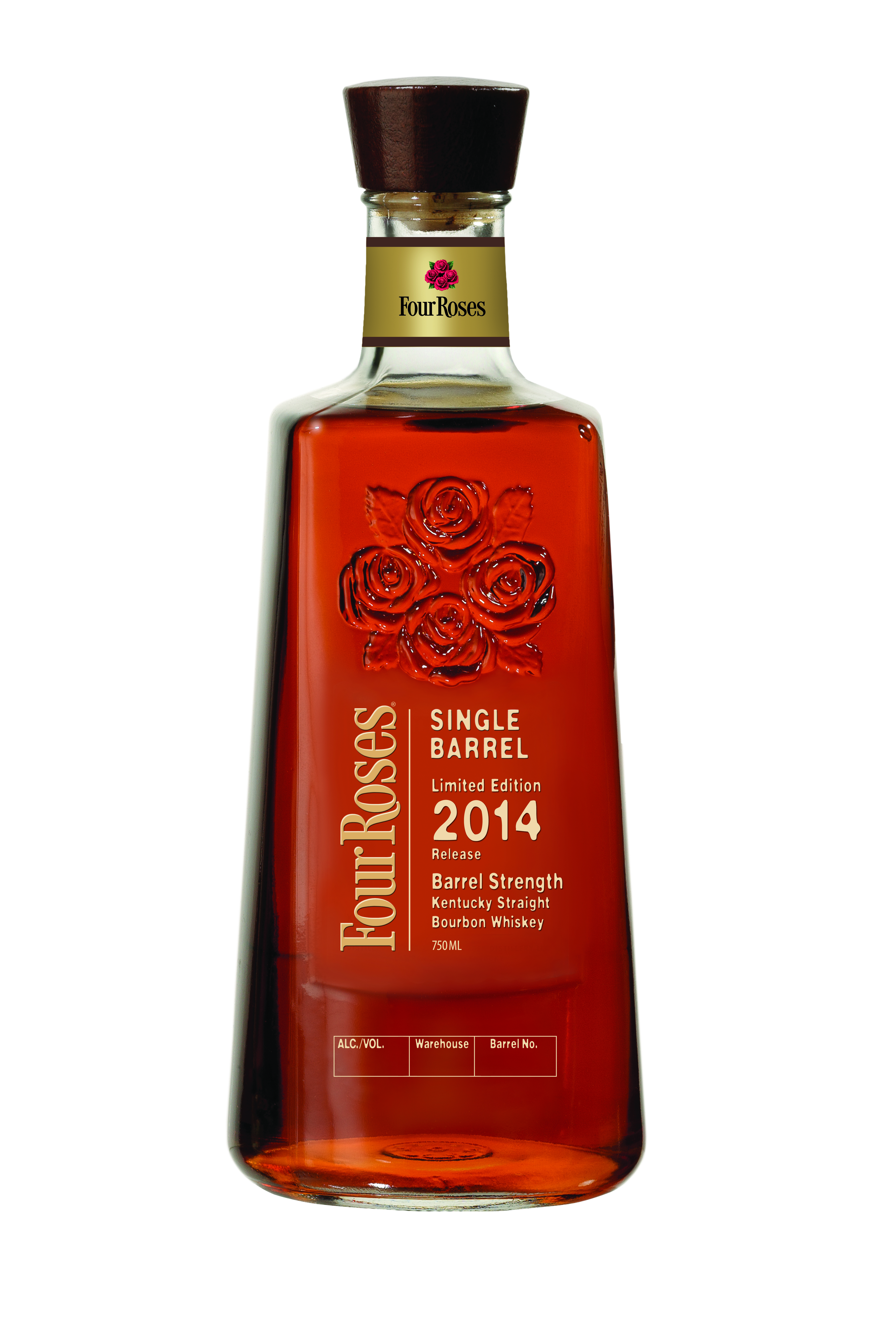