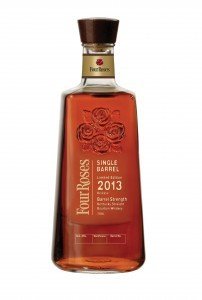 This year’s Single Barrel release from Four Roses trots out the OBSK (high-rye) recipe at 13 big years of age.

Slightly older than the usual Single Barrel bottlings (typically 11 or 12 years old), this release is a monster whiskey. If you’ve been waiting for something incredibly bold from Four Roses, wait no longer.

Four Roses 2013 Single Barrel is a bruiser, punchy with cinnamon, big wood notes (particularly heavy on the nose), and a long, sweet, applesauce finish. Bold and spicy on the finish, this whiskey doesn’t let up. Moments after the sweetness starts to fade, a big, Bing cherry note jumps out at you, leaving this whiskey, woody up front, with a distinctly fruity finish. Unique and lots of fun, it’s altogether another winner in a long string of outstanding spirits from Four Roses.

Sample bottles were bottled at a fiery 120 proof — water was a huge help in coaxing out the Bourbon’s most interesting notes. Actual bottle proof will be considerably lower: 100.6 to 114.4 proof, depending on the barrel. 4000 bottles will be released this April. 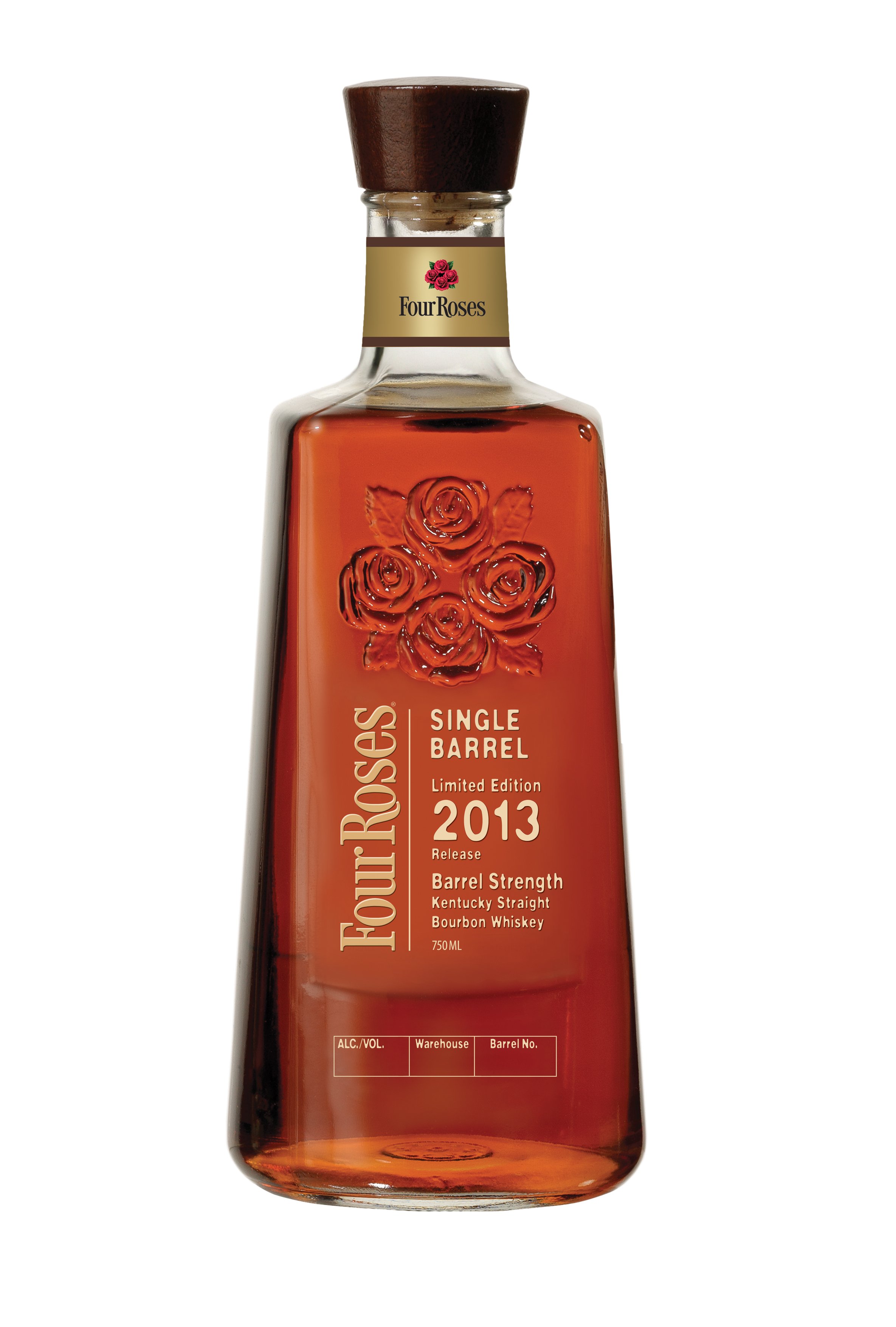