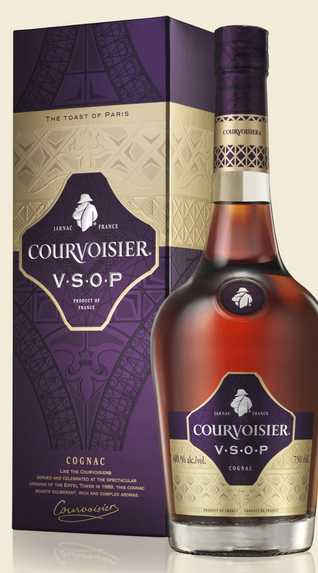 Courvoisier is revamping the packaging of its VS, VSOP, and XO expressions, with the VSOP getting the biggest switch, moving from its old, iconic, and unwieldy bottle design (called the Josephine) to a more stylish, modern look (see above). Changes to the VS and XO aren’t as extreme. We took the opportunity to review all of the above in their latest incarnations. Thoughts follow.

Courvoisier VS Cognac – Aged from three to seven years old. A fairly garden variety Cognac, this VS is a showcase of caramel and vanilla, with just a hint of apple and raisin fruit bubbling up toward the back end. Easy to enjoy, but difficult to truly love, it’s fine for a sidecar but just doesn’t have enough going on to merit serious attention. The finish sees some more raw, ethyl alcohol notes pushing through, as well. B- / $31 [BUY IT NOW FROM DRIZLY]

Courvoisier VSOP Cognac – No specific aging information supplied, but reportedly under 10 years old. Bolder and a bit tannic, it’s a little rough at first, but eventually it settles into a groove that showcases raisins, chocolate, caramel sauce, and heavy baking spices — maybe a bit too much, as the cloves tend to dominate before the raisiny finish makes a reprise. More exciting than the VS, but still a bit unbalanced. B / $41 [BUY IT NOW FROM CASKERS]

Courvoisier XO Cognac – From eaux de vie 11 to 25 years old. On the nose, it’s immediately heavy on almond/marzipan notes, then dried fruits, baking spice, and toasty wood. On the palate, it’s immediately sweet with slightly winey notes, with cherry overtones — bold, but far from overwhelming, and not incredibly complex. A little menthol creeps in on the finish, along with a touch of pepper plus some vaguely soapy notes. All told it’s a perfectly credible cognac, though it doesn’t drink as particularly old or austere. I think it might be the only XO I’ve tried that I’d have no qualms about using to mix a Sidecar. B+ / $125 [BUY IT NOW FROM DRIZLY]