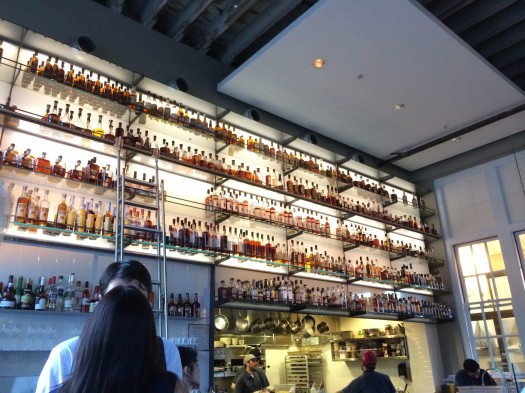 Hard Water, located on San Francisco’s waterfront just a block from the Ferry Building, is a tiny little place, a restaurant that serves Cajun cuisine and has no tables. Everyone sits either at the bar, a big horseshoe that juts out from the kitchen, or at a ledge around the walls. You’ll take your barstool and you’ll be thankful for it!

Hard Water isn’t particularly famous for its cuisine — which was very good in my encounter there — but rather for its specific devotion to Bourbon whiskey. The back bar, stretching to the ceiling, features over 300 bottles of the stuff, everything from plain old Buffalo Trace ($4/oz.) to Michter’s 25 Year Old ($150/oz.). The super-rare stuff, like Pappy Van Winkle, can only be ordered in flights. The current top shelf listing on the menu is 1/2 oz. each of  A.H. Hirsch 16 year old, Michters’s 20 year old 2012, Pappy Van Winkle 23 year old 2009, and Rittenhouse 21 year old rye. Total price: $250 for 2 ounces of whiskey.

While the bar has some interesting cocktails on the list — the Presbyterian my wife ordered with Wild Turkey 101, lemon, ginger, and soda, was breezy and tart — I turned my attention to the exotic Bourbons on the list. You’d think with 300+ whiskeys listed there’d be plenty I hadn’t tried, but that wasn’t quite true. The few I hadn’t encountered were heavily focused on newer craft distillery releases… and “single barrel” releases that Hard Water had purchased from the big guys.

None of these was more than $10 an ounce; the Elijah at $5 an ounce is an insanely good deal — the same price as Johnny Drum, for crying out loud!

Both the Willett and Elijah Craig were exceptional, the former a fireball loaded with wood and vanilla that really softened up and brought forth chocolate notes with a hearty splash of water (droppers are provided). The Elijah Craig was ready to go at 94 proof, a creamy caramel candy with mint, citrus, and cinnamon touches. The wild surprise was the Four Roses, a wholesale flop that is easily the worst 4R I’ve ever encountered. A 10 year old made from the OBSO mashbill (which I’ve never encountered in a single barrel or small batch release outside of the company’s standard offerings), this was a dead, flat, and dull whiskey. Herbal and earth notes dominated the body, and the finish was nonexistent. It’s hard to believe someone tasted through Four Roses’ inventory and picked this oddity as a signature barrel.

Whiskey tasting aside, my experience at Hard Water was modest and memorable more for its curiosity than its intrigue. The place is loud and dim, the food (and most of the drinks) overpriced, and the seating uncomfortable. Even the menu is tough to parse. Why have several dozen bottles of Buffalo Trace’s Single Oak Project here if they aren’t really for sale? (It says “flight only” next to their listing… but no flight is listed.) I suppose those who are really determined will simply have to ask, and hope they don’t bring Smooth Ambler instead. 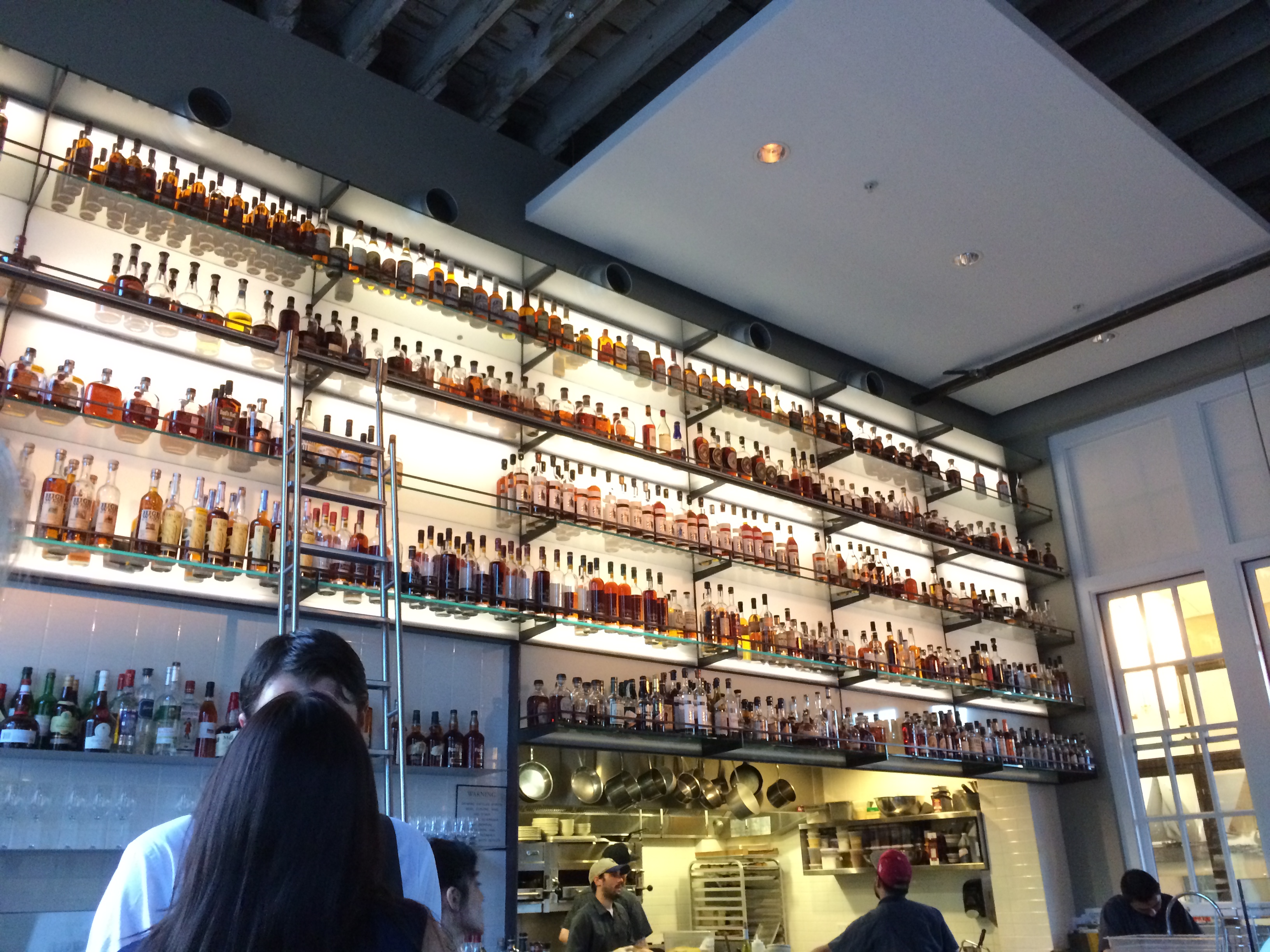