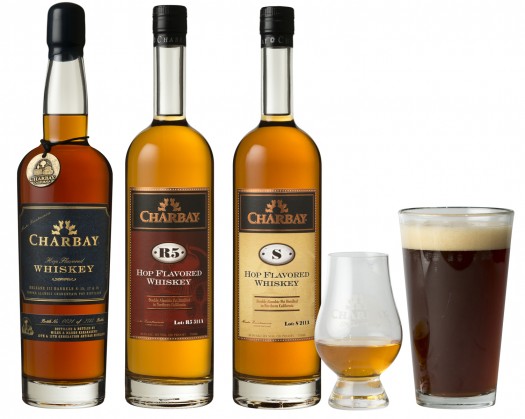 It’s commonly said that “whiskey is made from beer,” though that’s typically not quite true. Most whiskey is made from a low-alcohol, fermented grain sludge that you would never want anywhere near your mouth (I know, I’ve tried it). Usually this is just called mash, but sometimes it’s colloquially known as beer, because it’s kind of the same thing (though whiskey mash does not commonly include hops in it).

Well, Virginia, you can also make whiskey out of real beer, too. This is not often done, because real beer is much, much more expensive than grain sludge. But that didn’t stop Ukiah, California-based Charbay from doing it anyway. The whiskeys below are all made from actual beer — hence the “hop flavored” moniker in the name. (The flavor comes from the hops in the beer, not from anything added after the distillation takes place.)

We’ve seen younger versions of at least one of these before… but these are all newly-released whiskeys. Thoughts follow.

Charbay R5 Hop Flavored Whiskey Lot 511A – A couple of years ago we reviewed a pre-release version of Charbay R5, a whiskey made from bottle-ready Bear Republic Racer 5 IPA beer. Now a more finished version of Charbay R5 is out, aged for 29 months (vs. 2012’s 22-month version) in French oak following double-distillation in copper pot stills. As with the younger (and unaged) versions of this spirit, R5 Lot 511A wears its beer cred right on its sleeve. The nose is intensely hoppy, but also almost sherry-like with orange and clove notes. Lots of wood here, almost smoky. The body has real intensity, with clear notes of Racer 5 as the whiskey develops on the palate — herbal, bittersweet, and plenty hoppy. The finish offers ample grain notes, sweet and salty and impregnated with the essence of the fields from which this whiskey was born. Exotic and exciting. 99 proof. B+ / $79  [BUY IT NOW FROM CASKERS] [BUY IT NOW FROM FROOTBAT]

Charbay S Hop Flavored Whiskey Lot 211A – Also made from a Bear Republic beer, this one Big Bear Black Stout. As with R5, it is double distilled and aged for 29 months in French oak. This whiskey has a more mellow nose, offering a curio cabinet full of brown sugar, cinnamon, incense, and more grain character than the R5. On the palate, you’ll find musky, dusky spice, a big grain profile, and subtle notes of coffee and dark chocolate. The mid-palate is more rustic than R5, but the finish is more compelling, fading into an echo of an Irish coffee. 99 proof. B+ / $140 [BUY IT NOW FROM DRIZLY] [BUY IT NOW FROM FROOTBAT]

Charbay Hop Flavored Whiskey Release III – This is the third release from Charbay’s 1999 collector’s series, comprised of 10 barrels of whiskey distilled 15 years ago. Distilled from a bottle-ready pilsner beer (no brand name is offered), the distillate spent six years in new #3 “gator skin” char American oak barrels, then 8 additional years in neutral vessels before bottling. The whiskey is offered at barrel strength — and barrel price, apparently. A much deeper brown color than Charbay’s other whiskeys, this whiskey shows just what this distillery can do with enough time to kill. The nose is dense, full of vanilla and chocolate notes (and not at all pilsner-like). On the palate, it’s eye-burningly hot. Water dramatically helps reveal its charms, which include dark coffee, burnt marshmallows, and a dark, roasted grain character. While not entirely in the same wheelhouse, this is the most bourbon-like of Charbay’s whiskey lineup, sweet and spicy and bound up with lots of enticing dessert notes. Whether that adds up to $400 a bottle — provenance aside, this is a 6 year old whiskey when push comes to shove — is a matter that can be debated in the comments. But one thing’s for sure: Charbay Release III is a knockout the likes of which you aren’t going to encounter anywhere else. 132.4 proof. 2713 bottles made. A / $400 [BUY IT NOW FROM CASKERS] 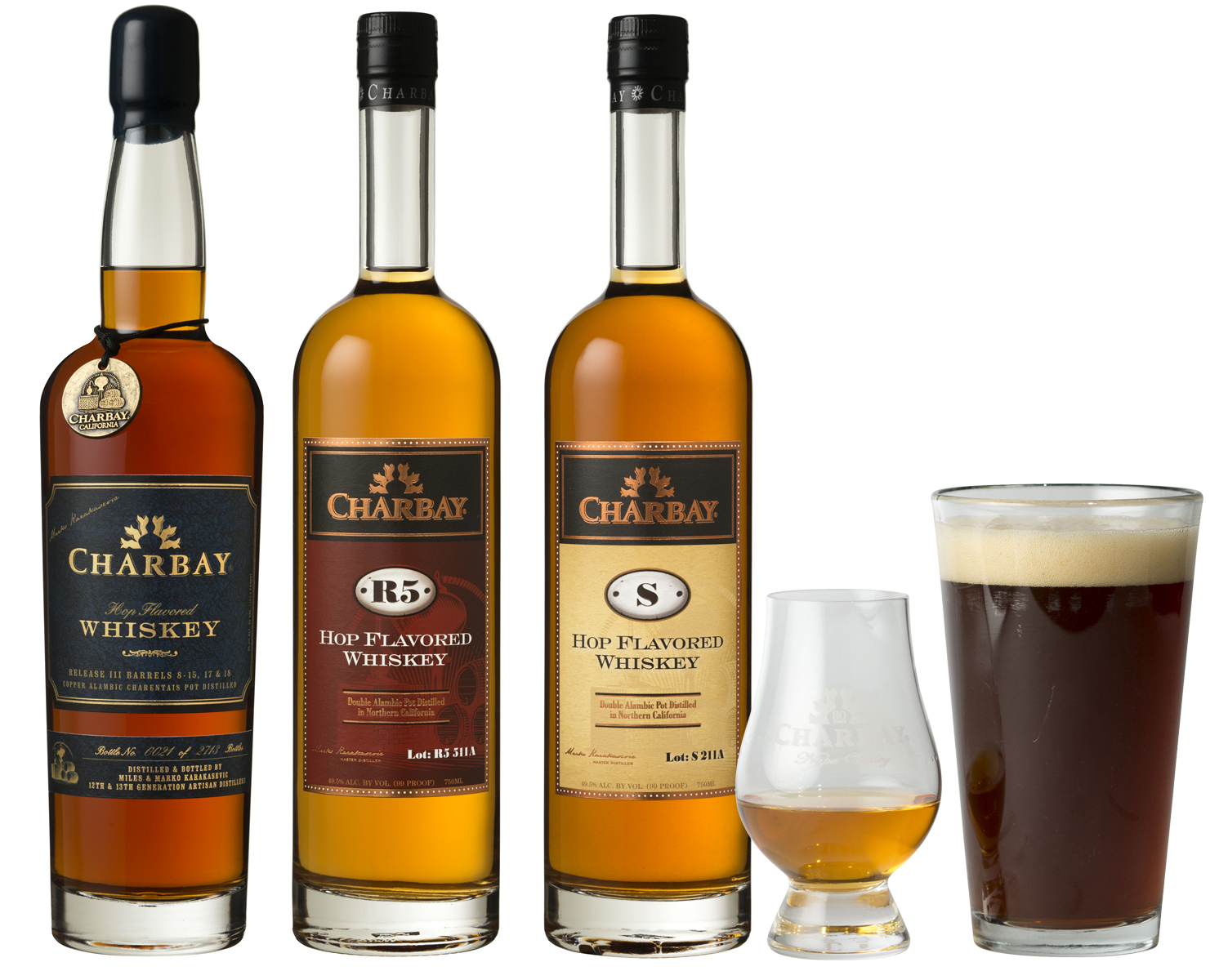