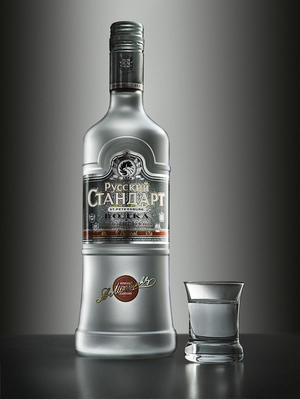 Does price matter? Russian Standard offers an “original” version of its vodka in addition to a “Platinum” bottling and its vaunted “Imperia,” which I’ve previously reviewed. All are made in basically the same way, with a few differences, namely in the filtration systems they employ. But Russian Standard “Original” is just $22 a bottle, while Imperia is $34 (though I can find it on sale for $29 right now. Is it worth $12 more? Or even $7?

I put a shot of Imperia side by side with Original Russian Standard, and to tell the truth, any difference was extremely slight. Imperia was a tiny bit smoother, while Original had a stronger tone of wheat to it (or what is commonly referred to as “bread”). The Imperia was faintly sweeter than Original, too.

But on the whole, unless I was drinking these straight and competitively, I’d never be able to tell the difference. Add a mixer, and you can forget about noticing a difference at all.

So there you have it: Russian Standard’s cheapest and priciest vodkas are, for all intents and purposes, pretty much identical.