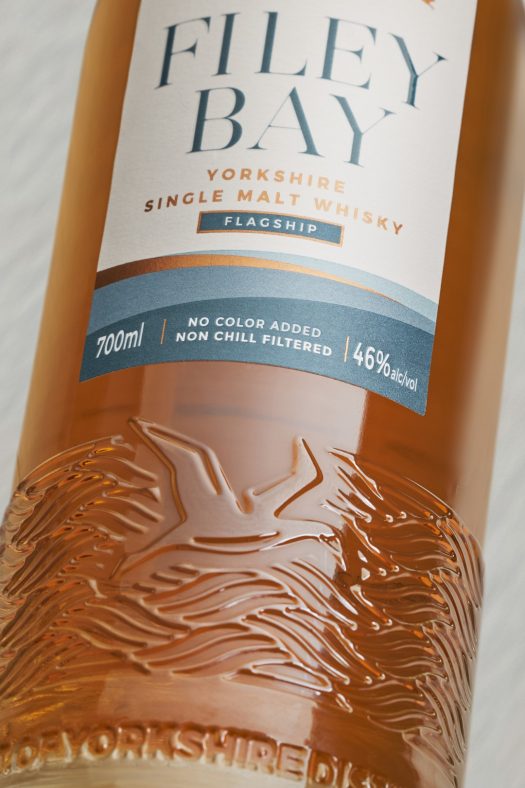 Made by the Spirit of Yorkshire Distillery, Filey Bay is the first single malt whisky made in, “and of,” Yorkshire, England. The distillery says this because it’s a true “field to bottle” operation, made with local malt, pot distilled, and aged on site. Filey Bay has a rather extreme finishing operation, with over a half dozen different finished whiskies currently on the market, in addition to its unfinished “Flagship” offering. We received the Flagship plus a pair of finished whiskies — one a single cask offering — for review. Let’s try them.

Filey Bay Yorkshire Single Malt Whisky Flagship – Matured in bourbon casks. Fresh and fruity, this is a bright and sunny whisky with a nose of baked apples, brown butter, and a pinch of baking spice. With lots of vanilla showing, it’s immediately inviting. The palate keeps the focus on all of the above flavors, a bit sweeter and offering a slightly stronger spice element, a bit clearer charred wood note, and a subtle winey note — red fruit — on the finish. All of it works perfectly together, making for a lush, sweet, and effusive way to start a night of English whisky. 92 proof. A- / $62

Filey Bay Yorkshire Single Malt Whisky STR Finish Batch #2 – Increasingly well-known, STR stands for “shaved, toasted, re-charred” barrels. This whisky takes the flagship then finishes it in STR red wine casks (source unknown, but surely not from Yorkshire). No age information is provided for any of this. A bit more brooding on the nose than the Flagship, and despite a tiny 2% kick in abv, it’s clearly hotter. On both nose and palate there’s more wood, more cereal, and more tannin, perhaps due to the wine influence, in lieu of the more expected fruity bump. The finish sees notes of cherry and almonds, and plenty of barrel char lingering on the back end. A bit brooding, particularly in comparison to the Flagship. 96 proof. B+ / $70

Filey Bay Yorkshire Single Malt Whisky Fino Single Cask #784 – This is a U.S. exclusive, a single cask, full proof release, finished in a Fino sherry cask. Surprisingly dark in color. Distinct Fino sherry note on the nose: nutty, winey, oxidized, and extremely hot. The palate’s a scorcher that tastes exactly like sherry, but at 61% abv — imagine all that toasty oxidized wine character but filtered through ethanol. It’s likely a polarizing experience, and at full proof it’s a bit much. However, even water doesn’t temper the experience much. It’s less of a barnburner, but it’s still effusive with notes of walnut oil and over-toasted spices, pepper, furniture polish, and treacle. The finish sweetens up over time, but it takes some doing to get there. There’s some charm here, but the nuance of the distillate is a bit trampled. 122 proof. B / $100 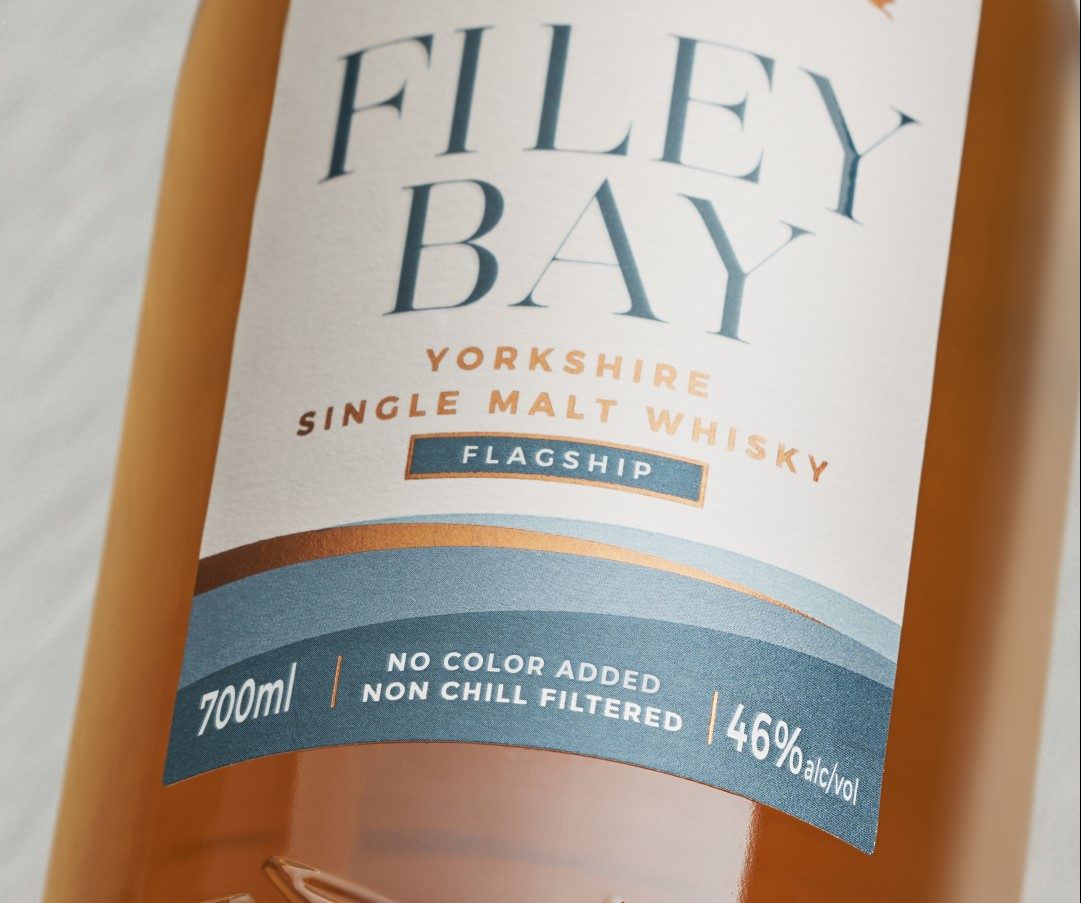