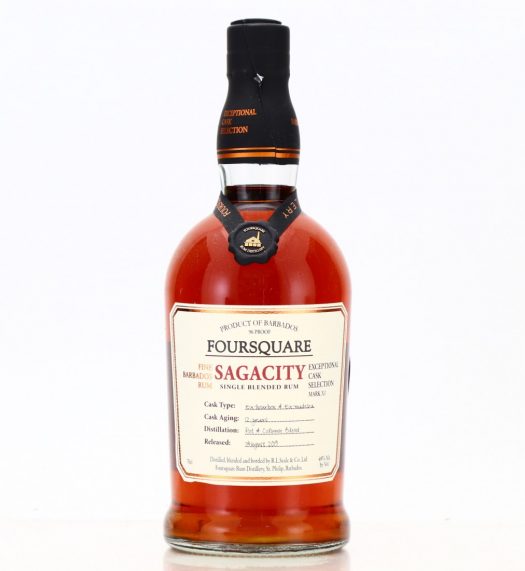 Last fall, Chris reviewed the aptly named Redoutable from Foursquare, a 14-year-old bruiser of a rum comprised of the distillery’s pot and column distillates aged in ex-bourbon and ex-Madeira casks and bottled at a very healthy cask proof. It appears that an earlier, younger version of this same rum hit our shores in late 2019, albeit at a much more approachable abv. That offering, dubbed Sagacity, was the eleventh release in the Exceptional Cask Series (hence the Mark XI on the label). While it’s a blend of 12-year-old stocks aged in the same ex-bourbon and ex-Madeira casks, it is still unclear if the final mix ultimately mirrored its overproof successor. Either way, let’s see how this one stacks up.

The uniqueness of the Madeira-aged component is still readily apparent on the nose, but those bright, ripe wine notes are less pushy at a lower proof, finding more balance with the traditional toasted sugar and tropical fruit of the Bajan rum. Notes of dark berry jam and raspberry candies have a creamy vanilla edge that reveals more candied pineapple and Bananas Foster as it opens in the glass. This is much less of a surprise to the senses with plenty of classic rum elements that serve to complement and elevate the unique Madeira component.

The palate is equally balanced with dark, almost tart, notes of oxidized wine delivered in equal measure with oak-driven spice, sticky dark vanilla bean, and orange oil. I can’t shake a comparison to Grand Marnier, but without the heavy, syrupy character. Baking spice and citrus notes gives this one considerable vitality into a lengthy, warming finish that showcases café au lait, fruitcake, and a powdery brown sugar sweetness. Exceptional stuff. If this is the same DNA as Redoutable, just a bit younger, I’m surprised that Foursquare opted for cask strength with that release. This proof, at least for this rum, seems to have all the octane it needs. 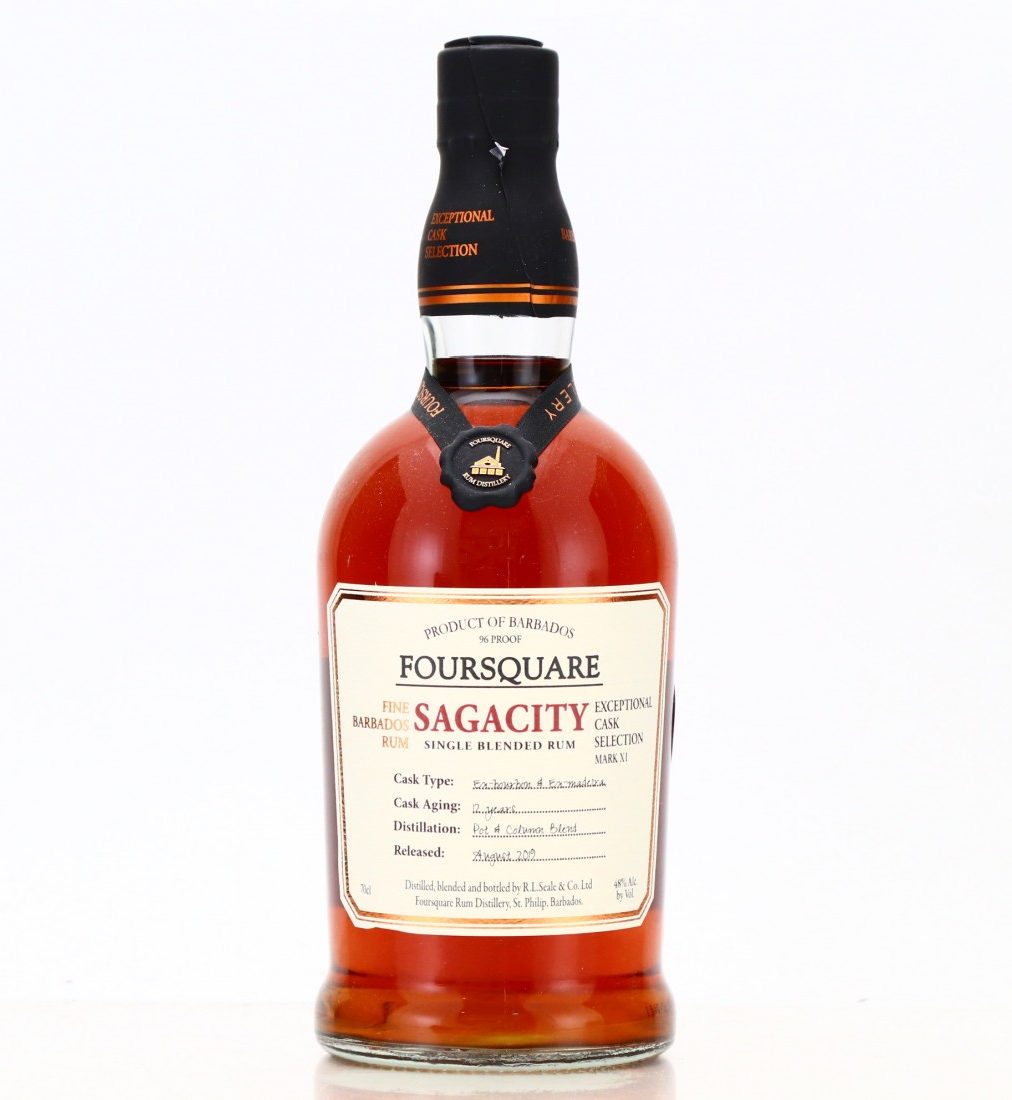