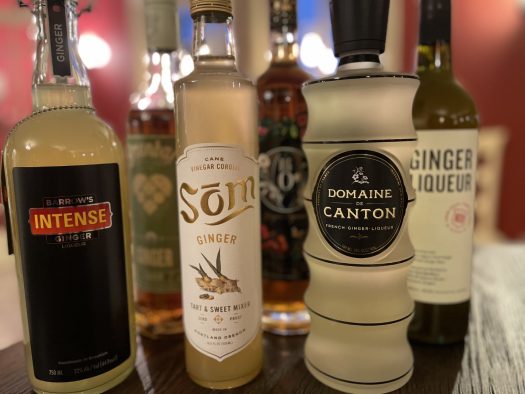 Ginger has long been a staple of cocktailing — but only recently has it become popular in liqueur form — thanks to the instant popularity of Domaine de Canton — as opposed to the more usual “ale” or “beer” formats. Ginger liqueur is a staple in many modern cocktails, and it can be consumed as a simple mixer with soda or (bless your heart) ginger ale — or, in some cases, even consumed on its own.

The making of ginger liqueur is not a difficult concept: Infuse fresh ginger in alcohol, sweeten, and bottle. But in reality, ginger liqueurs have quite a variation to them. The method of sweetening varies, additional botanicals are often used, and some are filtered and some are not. (Unfiltered varieties should always be shaken well before each use; that sediment is loaded with flavor.)

Today we’re looking at a total of six leading ginger liqueurs on the market, all from fresh bottles, as some have been reformulated in recent years. All were tasted solo, neat — and mixed into a Ritten Word, my current favorite ginger liqueur-loaded cocktail.

Here they are, ranked by preference, starting with the best.

Barrow’s Intense Ginger – Made in Brooklyn, NY. Lots of sediment in this one. Sweet and floral on the nose, with hints of elderflower evident and a lacing of caramel. The palate takes a few seconds to get going, but soon reveals that namesake intensity: Fresh ginger and plenty of it, peppery and spicy but balanced by a nice brown sugar sweetness. The finish is sweet heat, each side of the equation showing up in near-perfect proportions. It’s just right in a cocktail, never overpowering the other spirits while letting little spikes of ginger perk up here and there. Beautiful stuff, and the most versatile ginger liqueur around — and also the least expensive of the lot. 44 proof. A / $29 [BUY IT NOW FROM CASKERS]

Greenbar Ginger Liqueur – Made in Los Angeles, CA. (Formerly branded under the Fruitlab sub-label.) Based on “molasses spirits,” there’s a rum-like quality to the nose, heavy with spices and a hint of lemon peel — slightly grapefruity at times. The palate is pungent with fresh ginger but also a burnt sugar quality that takes its sweetness in a more caramelized direction, particularly on the finish. It’s solid in a cocktail, its natural sweetness pairing well with whiskey — though careful mixologists will want to mind the sugar content from other sources when developing a drink. 40 proof. A- / $31 [BUY IT NOW FROM DRIZLY]

Domaine de Canton Ginger Liqueur – Made in France. The OG ginger liqueur is filtered and pale in color, looking almost like white wine — but is surprisingly high in proof. There’s pros and cons to all that: Canton comes across on the nose as very floral, gingery but perfumed and quite pretty. Sweeter on the tongue than most of the liqueurs reviewed here, its ginger is fresh and present but soothing and approachable, with floral notes throughout and a distinct vanilla character on the back end. All of that means it works just fine in most cocktails, particularly ones based on whiskey (like our test cocktail here) — and it actually drinks just fine on its own too, which is saying something. I’ve never met anyone that doesn’t like Canton, and I’m not going to start not liking it now. Versatile, though clearly the “safe” choice. 56 proof. A- / $36 [BUY IT NOW FROM DRIZLY]

Big O Ginger Liqueur – Made in Ste. Genevieve, MO. A clean, very low proof presentation of ginger, Big O comes across more like a gingery wine on its own. While the nose is somewhat indistinct, the palate is sweet and spicy, with a milder ginger kick and distinct notes of cola and cinnamon evident. It’s much more effective in cocktails, where notes of tea leaf and cola (again) are distinct — though ginger takes a bit of a back seat. If you’re looking for a more innocuous sweetener with a hint of ginger instead of the more trademark, massive punch, reach for this bottle. 34 proof. B+ / $36 [BUY IT NOW FROM DRIZLY]

New Deal Distillery Ginger Liqueur – Made in Portland, OR. Very cloudy in appearance. Sweetened with cane sugar and agave, this very cloudy liqueur has a distinct herbaceousness to it, driven by the agave at least in part. A bit raw in comparison to some of the more refined liqueurs on the list, this offering is the most like biting into a knob of fresh ginger than any other in this roundup. That’s good for thrill-seekers but bad for balance, the pepper of the ginger immediately overpowering the senses. The same holds true in cocktails: New Deal blew out my Ritten Word badly, begging to be dialed back and giving the finished product a slightly woody, herbal character that didn’t work perfectly with the other elements in the mix — though if you want a minimally sweet ginger liqueur, this is the one to pick. 51.2 proof. B / $33 [BUY IT NOW FROM DRIZLY]

Som Ginger Vinegar Cordial – Made in Portland, OR. And now for something a bit different, a zero-proof cordial made from vinegar, not alcohol. Authentic ginger attempts to overpower that hard vinegary edge on the nose, but it’s a struggle. The palate similarly feels more heavily weighted toward vinegar than sugar, with the ginger element playing third base behind the duo. Orange and lemon notes linger on the finish. It’s too much in a cocktail — at least at regular liqueur proportions — the vinegar notes creating a huge rush of acidity that tends to wash out the other ingredients. It’s interesting considering it’s alcohol-free, but I wouldn’t gravitate to this in a cocktail that already contained booze. 0 proof. B- / $28 (500ml) [BUY IT NOW FROM AMAZON] 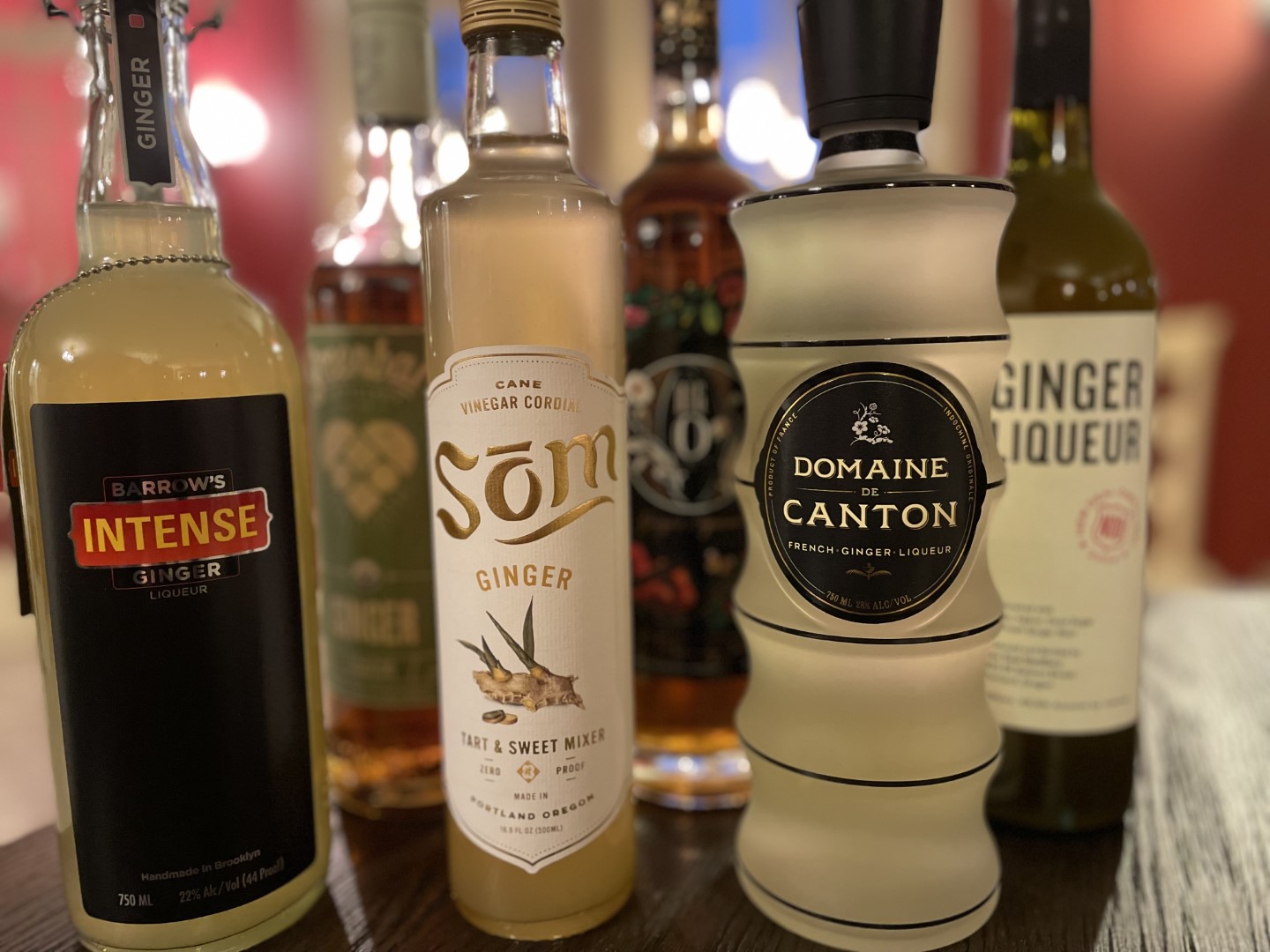