Ginger is one of the hottest flavors in cocktails right now, and it’s only fitting that someone has put the essence of ginger into a liqueur. Domaine de Canton is the real deal: Baby ginger steeped in cognac, bottled at 56 proof, and coming together as a spicy and flavorful monster of a liqueur that imparts the kick of ginger into anything it touches.

I’m not mad about it on its own, but in cocktails it shines. I used it in Canton’s own suggested recipes: A ginger mojito (Canton, white rum, lemon, mint) and a ginger martini (Canton, vodka, Grand Marnier), and both were knockout drinks. (Fair warning: Canton, as most spirit producers, errs on putting too much of its own product in any given recipe, and here you really know when you’ve overdone it.)

Domaine de Canton is one of those rare spirits that actually tastes better than the raw ingredient used to make it. No one would argue that an orange-flavored vodka beats using fresh orange juice or orange peel in a cocktail, but fresh ginger is always way too overpowering in a drink for my taste. Canton’s cognac mellows the ginger perfectly while still keeping its essence. It’s irresistible.

The bottle is a thing of beauty, but be warned: Pouring from it results in a good amount of spillage due to the awkward shape of the neck. Use a jigger. 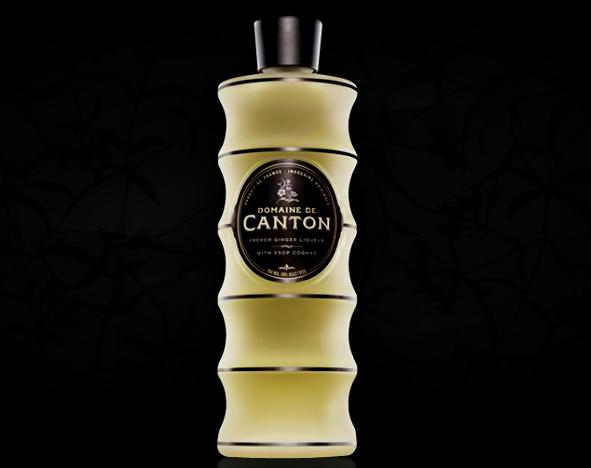