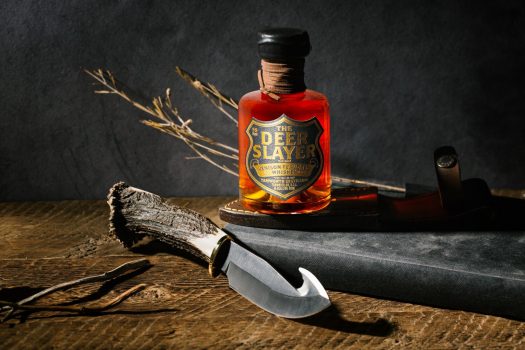 New Hampshire’s Tamworth Distilling specializes in uncommon oddities. We previously covered its Graverobber Rye, flavored with maple syrup drawn from trees grown adjacent to a graveyard. We missed out, however, on its corpse flower brandy as well as its whiskey flavored with beaver musk.

A recent arrival at Drinkhacker HQ however was Tamworth’s Deerslayer (aka Deer Slayer), which is not merely a fanciful name: It’s really flavored with venison (and more). Let’s get Tamworth to explain:

The Deerslayer is a whiskey flavored with the flora and fauna of New Hampshire in autumn — in particular, venison. We sourced our red deer venison from a local New Hampshire farm, then hand-chopped the meat and tossed it with cranberries, porcini mushrooms, juniper berries, and green peppercorns. After fermenting overnight to accentuate the meat’s delectable gaminess, it is then slow-smoked over a mix of seasoned branches from New Hampshire’s boreal forests. A 3-year old white wheat whiskey serves as a lighter-bodied whiskey backbone, allowing the truly unique flavoring to shine through after its final distillation in our rotary evaporator.  Savory and smoky notes characterize this one-of-a-kind spirit, with a subtle spice on the palate and a lingering finish.

A delectable gaminess, eh? There’s only one way to see how this all turns out…

The nose is sharp but not immediately meaty. Rather, it’s quite smoky, vaguely earthy, and bold with barrel notes — but none of the oddball ingredient present in the description immediately comes into focus. The exception is pepper, which hits the nose with a strong black pepper (rather than green) note after a moment in glass.

The palate is unusual but curious, equal parts engaging, sharp, and rustic. The base spirit is clearly very young — a three year old wheat whiskey, as noted above — and the granary elements immediately dominate. In fact, whatever flavorings are in the mix are quite overpowered by the whiskey itself. Give it time however and a certain meatiness does indeed emerge as the finish evolves, as well as a slightly sweet element that hints at red berries (though nothing I could peg as cranberry). It’s gritty but fully drinkable, and all in all, it stands as super weird stuff, though it’s never off-putting. I suppose that in the right mood it might perhaps evoke a sense of hanging out in a wintry deer blind, doused in animal urine as you hope to make a kill. In a good way, of course. 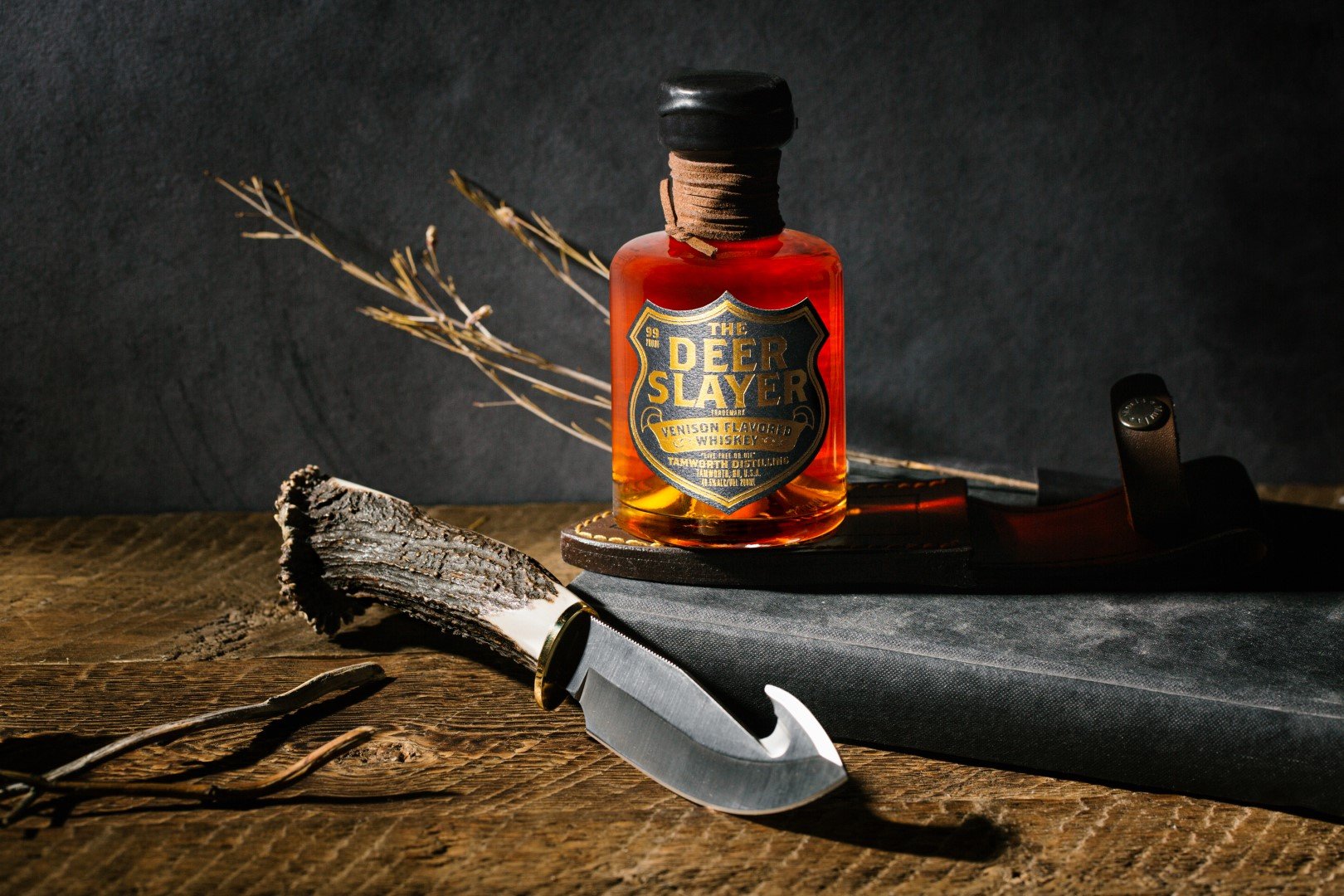