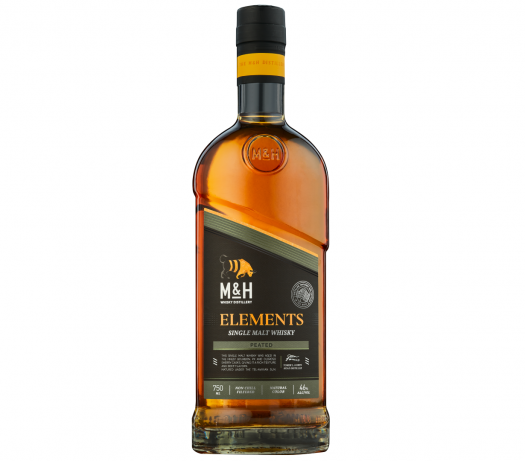 We’ve covered the whiskies (and gin) of Israel’s Milk & Honey (aka M&H) several times. Now we’re back with a look at five new expressions, including a pair from the Elements Series which we hadn’t previously seen and two single cask, barrel-proof releases.

M&H Single Cask STR – Aged in bourbon barrels and finished in shaved, toasted, and re-charred red wine casks. Red wine notes on the nose, then peanut shells, and hints of menthol. Spicy and racy on the palate, the body evokes peppery Thai peanut sauce, brown butter, and a healthy amount of black pepper. The finish sees a hint of butterscotch and a fun berry note — though the overall experience can feel a bit brutish at times. 118 proof. B / $88

M&H Single Cask Ex-Rum 2017-0317 – Fully matured in rum casks. Scorching on the nose, with an aggressive granary character that’s hard to shake. There’s brown sugar sweetness on the palate, plus some dusky cloves and a somewhat green, herbal note — but mostly it’s a boozy monster. Water’s a must here, but it muddies the proceedings more than I’d like, coaxing out notes of gunpowder and a vegetal character. 113.6 proof. B / $88

M&H Single Cask Ex-Islay 2017-0267 – Fully matured in ex-Islay whisky casks. Again quite aggressive on the nose, and also a bit muddy, with notes of red pepper, some campfire char, and a bit of iodine. The palate is similar and brash, chewy with a big, medicinal character that fades to an odd note of chocolate as the finish eventually arrives. Hints of brown sugar, brown butter, and cinnamon give the conclusion a lift. It’s an odd, sweeter rendition of Islay that fans of the style may want to check out. 115.6 proof. B+ / $88

M&H Elements Series Red Wine Cask – Surprisingly rather smoky on the nose, with a bold note of roasted grains and quite a bit of boozy ethanol at full strength. The wine cask is slightly more evident on the palate, where some red fruits and applesauce notes give the whisky a gentle sweetness. Notes of baking spice, red pepper, and some chocolate perk things up, while elements of sesame seed and a hint of celery root give the finish a savory touch. I was expecting to see more of the wine cask influence here, but even without it it’s a solid enough dram. 92 proof. B+ / $70

M&H Elements Series Peated – Elements Peated is matured in casks from Islay and then blended with ex-bourbon barrel-aged single malt and STR-casked whiskies. The peat is evident from the start, though it’s never overbearing, offering a nose of smoked kippers, iodine, and fireplace embers, filtered through sweetish sesame cookies. The palate melds the smoky elements with the sweeter notes, the finish taking a trip that offers notes of lemon curd and a hint of coconut. 92 proof. B / $70 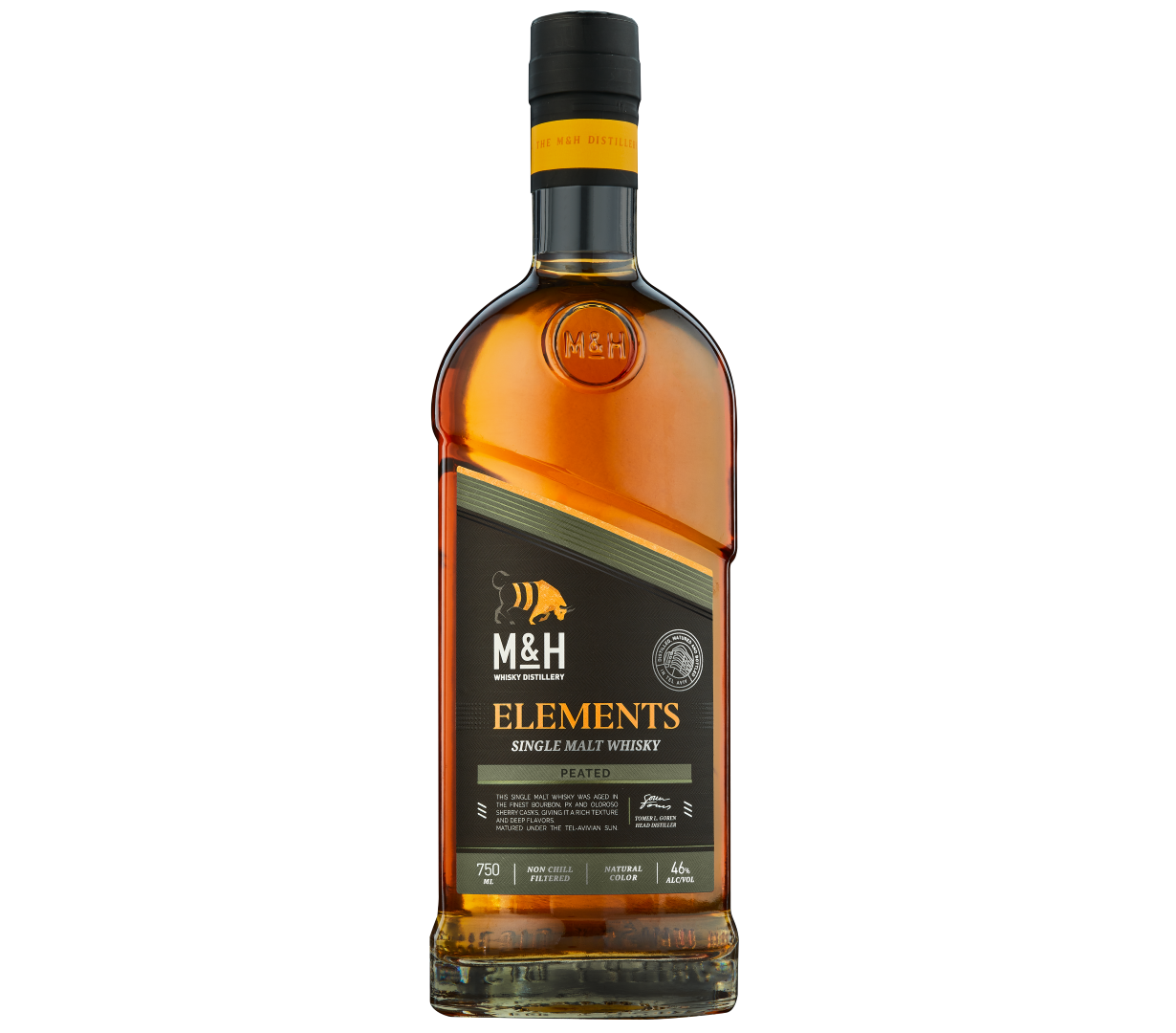