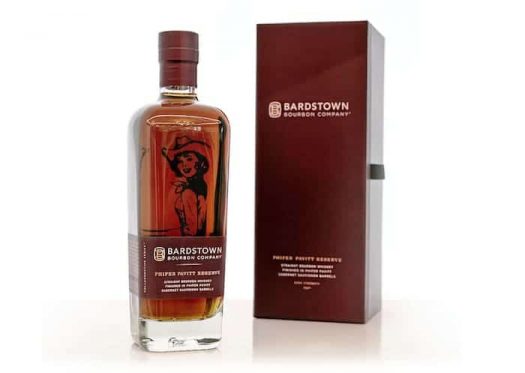 Bardstown Bourbon Co. has gone back to the well with Napa winery Phifer Pavitt, offering a second edition of its Phifer Pavitt Reserve bourbon, which is finished for 18 months in Pavitt’s cabernet sauvignon barrels. In 2019 this started off as a 9 year old Tennessee straight bourbon (84% corn, 8% rye, 8% barley). Now that juice goes into the finishing barrel at 10 years of age.

Something has come into clearer focus since the release of the prior rendition of this whiskey, though it again offers a Christmaslike nose of dried berries, figs, cherries, and layers of toasty oak. The palate has the same meaty character that seems to be part of BBCo’s DNA, but it’s also loaded with plums and prunes, cocoa powder, and vanilla providing a happy balance that offsets some of the more savory elements. The finish keeps everything equitable, some earthy graphite tempering notes of roasted meats and dark chocolate, which appear on the fade-out in roughly equal proportions.