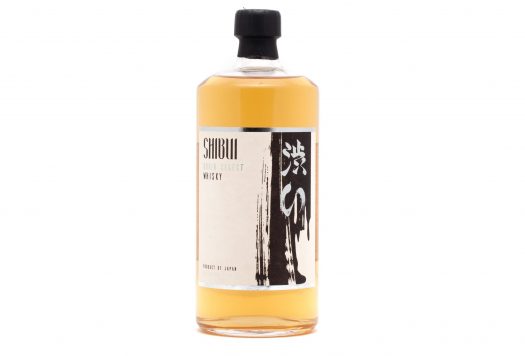 Shibui is a new Japanese whisky brand with a tagline that clarifies things from the start: “We don’t distill, we discover.” In other words, Shibui is a blender that collects casks of all types from all over Japan — and beyond — and figures out how they might show themselves best.

For its initial production run, which arrived in the U.S. late last year, the lineup of Shibui (Japanese for “timeless” or, as they put it, “old school cool”) is split into two ranges, Niigata and Okinawa, both named after the regions from which the respective whiskies are sourced.

The Okinawa range is an entirely different animal, six whiskies made entirely in Japan (at various distilleries in the region, see below) — not from barley or wheat but from black koji and indica rice. (This may sound similar to the way shochu is made, but this whisky uses different types of koji and rice. The use of indica rice makes it closer to the ancient awamori.) These are all denoted as single grain whiskies, denoting they have not been blended but rather hail from a single distillery.

Additional releases from Shibui are planned at a rate of 2 or 3 new bottlings each year.

We miraculously received all 9 whiskies in this lineup for review, so let’s dive in.

Shibui Niigata Grain Select – A blend of Niigata Japanese and Lowland Scotch whiskies, 100% distilled from wheat. Casking in bourbon, oloroso sherry, and Mizunara oak; no age statement. Quiet, surprisingly salty on the nose, with notes of tea leaf, a touch of smoke, some green granary notes. It’s much sweeter on the palate, with notes of citrus, shortbread biscuits, and again an herbal note that evokes rosemary on the finish. Bolder and more interesting than the typical entry-level spirit, and definitely worth picking up if you want to get an introduction to what Shibui is all about. 86 proof. A- / $50 [BUY IT NOW FROM DRIZLY]

Shibui Niigata Pure Malt – A blend of Niigata Japanese and Lowland Scotch whiskies, but this time 100% malted barley. Casking in bourbon, oloroso sherry, and Mizunara oak; no age statement. This is a much different animal, and indeed it’s rather animalistic on the nose, a bit sweaty instead of salty, with aromas of saddlebags and wet earth. The palate is austere but more engaging than the nose would indicate, and while it’s still heavy with leather and wood, it’s got a nutty, nougaty sweetness that tempers things, at least a bit. 86 proof. B / $67 [BUY IT NOW FROM DRIZLY]

Shibui Niigata Pure Malt 10 Years Old – Same as the Pure Malt construction, but with a 10 year old age statement. This has the aromatic depth of the NAS Pure Malt, but with more austerity and refinement, making for a much more engaging experience on the whole. The palate is thick with nutty almond notes, sliding into notes of coffee, caramel cookies, and a hint of ginger. The creamy palate seals the deal. 86 proof. A- / $140 [BUY IT NOW FROM DRIZLY]

Shibui Okinawa Single Grain Small Batch 8 Years Old – Distilled at Shinzato Distillery from rice. Aged in fino and manzanilla sherry casks for 8 years. Nougat, spice box, and some coconut give this an intriguing nose, but the palate feels immature and on the green side, with notes of hemp rope and some barnyard elements emerging on the tongue. The finish is hoary and a bit tough, with saddle leather and fresh-cut hay dominating. It’s easy to see why most of these whiskies are (much) older, where some refinement starts to emerge. 80 proof. B- / $146

Shibui Okinawa Single Grain 10 Years Old Bourbon Barrel – Distilled at Shinzato Distillery from rice. Aged in bourbon barrels for 10 years. It’s a bit sweaty with iodine and seaweed on the nose, but also effusive with perfume — a bit heavy with potpourri at times. The palate pops right away with fruit — pineapple and brown banana — followed by a big, aggressive toffee and chocolate note. It’s rather grainy, with notes of sesame and coconut quickly emerging, followed by a healthy slug of lumberyard. 80 proof. B+ / $170 [BUY IT NOW FROM DRIZLY]

Shibui Okinawa Single Grain 10 Years Old White Oak – Distilled at Masahiro Distillery from rice. Aged in virgin oak casks for 10 years. This is an intense and exotic monster that challenges all expectations of whisky, Japanese or otherwise. The nose offers a pungent note of rich, oily wood, lemon Pledge, and white pepper — all swirled up in an intensely fruity perfume. The whisky takes a wild gear shift on the palate, where notes of Asian pear, crisp apple, and peach meld with a heavily floral perfume that brings in notes of thyme, black pepper, and jasmine. Imagine dropping a jelly doughnut in grandma’s bathroom and you’re on the right track. The finish is sweet, almost overbearingly so, and tropical, with secondary notes of lemon oil, candied apples, and rose petals. It doesn’t always work, but it does better than you’d think; either way, to say there’s a lot going on in this whisky would be the understatement of the year. 86 proof. B+ / $170 [BUY IT NOW FROM DRIZLY]

Shibui Okinawa Single Grain 15 Years Old Sherry Cask – Distilled at Masahiro Distillery from rice. Aged in fino and manzanilla sherry casks for 15 years. Heavily perfumed on the nose, it’s much more floral than the above, rolling into notes of sandalwood, cedar box, and overripe peaches. The palate finds apricots and cherries in a fruit salad slurry, caramel-soaked almonds, a hint of licorice, and then some asphalt. Hints of coconut and gingerbread emerge on the lengthy finish. 86 proof. A- / $216 [BUY IT NOW FROM DRIZLY]

Shibui Okinawa Single Grain 18 Years Old Sherry Cask – Distilled at Kumesen Distillery from rice. Aged in fino and manzanilla sherry casks for 18 years. Note this is from a different distillery and is bottled at a lower proof than the 15 year old, but has the same casking. It’s quite a different animal than the 15, and I mean animal: Musty, beefy, and mushroomy on the nose, it’s savory and a bit harsh. The palate is cleaner with notes of fresh apricot and brown banana emerging, with a bready, cereal character, tobacco, and a walnut note all heavy on the brooding finish. Scattered. 80 proof. B / $299 [BUY IT NOW FROM DRIZLY]

Shibui Okinawa Single Grain 30 Years Old Rare Cask Reserve – Distilled at Masahiro Distillery from rice. Aged in a combination of bourbon, sherry, and virgin white oak casks for 30 years. Comparatively gentle on the nose, barrel notes dominate, along with an Old Spice cologne character. The palate is as seductive and subdued as any 30 year old Scotch, but it’s still filled with flavor — baked apples, almond butter, and some sunny lemon notes. Hints of thyme give the whisky a spicy punch, with a return to wood and nutty notes on the fairly modest finish. One surely worth exploring, but mind the price tag. 86 proof. A- / $1069 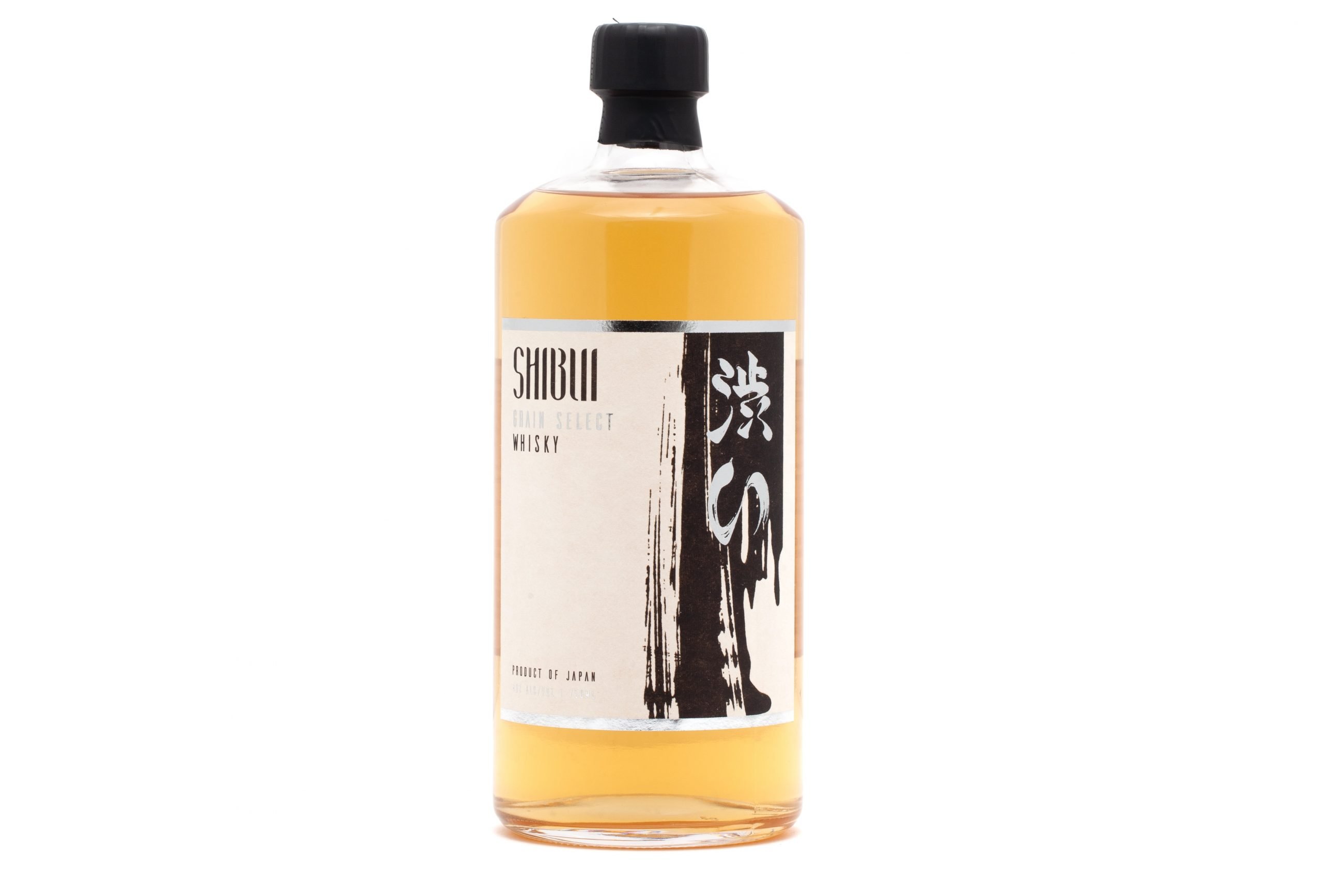 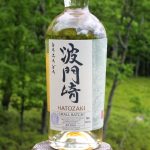