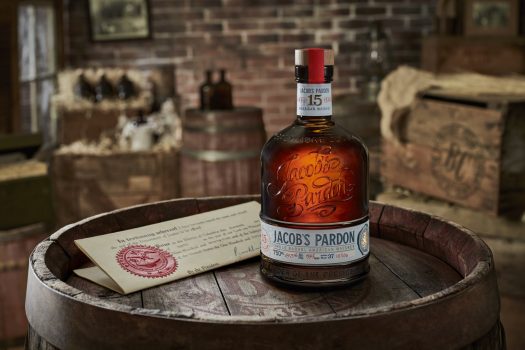 The folks at Taub Family Selections (well known for their wine imports) know that stories sell booze, and this one has a doozy: Marc Taub’s great uncle Jacob Taub (and brother Abner) were bootleggers in the Prohibition era, and eventually went to prison for the crime. Six long years later, Jacob and Abner were formally pardoned by then-President Franklin D. Roosevelt. At some point, Marc Taub discovered the actual document pardoning his uncle — I guess Abner’s Pardon will have to wait for a future whiskey brand — and a new whiskey was born.

The part of the story however that interests me the most is that the Taubs recruited renown spirits writer Paul Pacult to be their master blender. His job: Sift through literally 8000 barrels of 15 year old light whiskey from MGP and some 8 year old Tennessee Whiskey stock from Dickel that the Taubs had amassed, then figure out what to do with it.

Light whiskey has made a bit of a comeback in recent years (check out High West Light Whiskey), though it remains a curiosity for most. Light whiskey is a misleading name for the spirit: It’s distilled to a higher proof than standard whiskey, which lightens up the flavor profile but ups the alcohol level when it goes into the barrel. Uncut light whiskey can be scorching (as we’ll see in a moment), which is why for the primary release it’s been cut with the younger, more rounded bourbon from Tennessee to create an interesting blended product.

Jacob’s Pardon is being released in two versions — the blend of light whiskey and bourbon and as single barrel offerings drawn straight from the light whiskey casks. We received both — the Recipe #1 release, formally 8 years old, and two of the 15 year old single barrel releases — all picked and, in the case of the small batch, blended, by Pacult.

With that, let’s give them a try.

Jacob’s Pardon Small Batch American Whiskey Recipe #1 8 Years Old – This is a blend of the MGP and Dickel stock, though the color remains a light amber hue. As expected, the whiskey is light and lively, with aromas of sugar cookie dough and some lemon notes, bright and lightly floral and overall quite clean. The fragrant character moves toward fresh linen as it develops. The palate is buttery and creamy, with note of honey and toffee dusted with just a touch of black pepper. More of that lemon emerges toward the finish, which takes on a slight maple syrup character. Imagine a high-proof hot toddy and you’re in the ballpark. Fun through and through, and a solid mixing option for less barrel-forward cocktails. 97.1 proof. 14,898 bottles released. A- / $90 [BUY IT NOW FROM DRIZLY]

Jacob’s Pardon American Whiskey 15 Years Old Single Barrel #23 – Made from 15 year old MGP light whiskey: 99% corn, 1% barley. A barrel-proof release that’s high enough in alcohol to kill Covid-19. This is a much different animal than the Small Batch; the nose is scorching, but it’s full of character: green apple, graham crackers, and peanut brittle. On first sip, you might be shocked to find that this 70+% abv whiskey does not feel overwhelmingly hot the way most cask strength whiskeys do. Surprisingly approachable, it pours on notes of brown butter and baked apples, and with water — don’t be shy — more fruit elements come to the fore, namely lots of that lemon tone that’s evident in the Small Batch and a hint of peach candy. Some notes of thyme give the finish an herbal edge, more evident with water in the mix. 141.8 proof; 169 bottles produced. B+ / $200 [BUY IT NOW FROM DRIZLY]

Jacob’s Pardon American Whiskey 15 Years Old Single Barrel #37 – Same stock as the above, just a different barrel. This one’s much more savory on the nose, with a significant green herb character backed up by peanut shells and barrel char. Sedate and brooding, it shows none of the brightly fruity aroma of #23. Again, in contrast to #23, the palate is bruisingly hot, full of fire and cayenne and demanding water to bring it into the realm of approachability. Once it gets there, though, it feels a bit flat — peanut shells and some earth tones dominationg a lackluster finish. 139.9 proof. 106 bottles produced. B- / $200 [BUY IT NOW FROM DRIZLY] 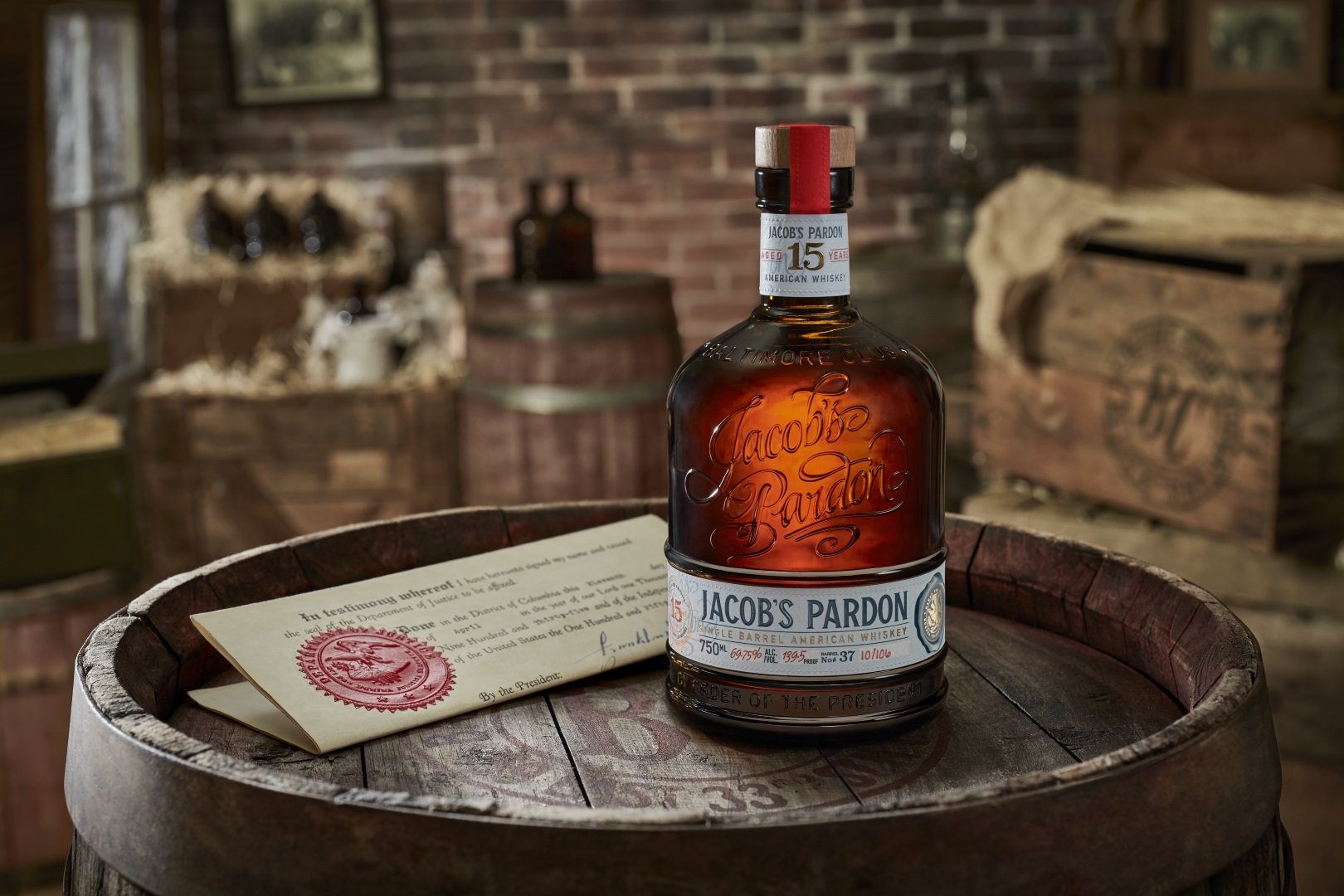