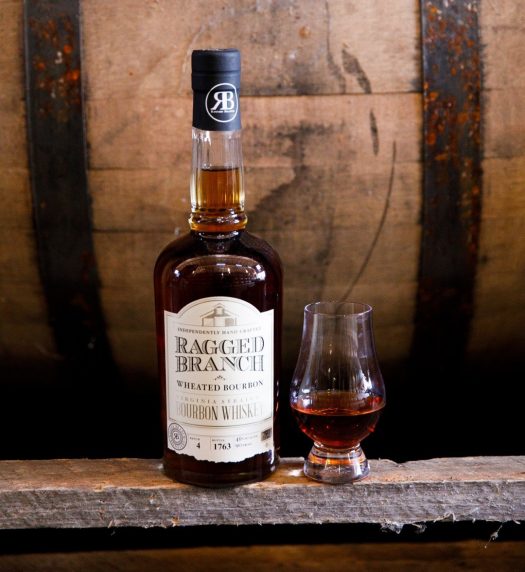 Virginia-based Ragged Branch is a craft distillery that makes bourbon — and lots of it: The brand has five different bourbon expressions — and one rye — all produced in house and aged for at least four years (though no formal age statements appear on its bottles). Aside from that, there’s limited available information about Ragged Branch’s production (such as barrel size), but a little Googling turns up some mashbill information, at least.

We received five of Ragged Branch’s six products for review. Thoughts on all of them follow.

Ragged Branch Signature Bourbon – Made from a mash of 68% corn, 16% rye, and 16% malted barley. Gritty and pushy with cereal notes, the nose is bold with cloves and a light vegetal character. Some furniture polish elements creep into the mix, too. On the palate, there’s a big punch of popcorn and well-toasted grains, plus lots of char — before a wave of butterscotch sweetens things up a bit. While it slowly opens up from a daunting start, notes of tobacco and toasted oak keep the experience in check. Lingering vanilla and a light chocolate note, walong with a hint of berries, give the finish a pop. 90 proof. B+ / $42

Ragged Branch Double Oaked Signature Bourbon Bottled in Bond – Ragged Branch’s two “double oaked” bourbons spend extra time in a second unused barrel before bottling, pumping up the oak influence. This one’s also bonded. Here the result is a bit rough: Ruddy and muddy, with overtones of burnt matches and some dark chocolate on the nose. It’s heavy duty stuff, so come prepared. The palate isn’t particularly remarkable, showing lots of char, and notes of grilled brassicas. A touch of red fruit and some sweetness late in the game tempers an otherwise fiery experience, but the whiskey’s dry finish keeps it grounded in a world of cereal and thick slabs of wood. 100 proof. B- / $60

Ragged Branch Wheated Bourbon – Made from a mash of 68% corn, 16% wheat, and 16% malted barley — simply subbing in wheat for rye. While slightly softer on the nose, it otherwise presents similarly to the rye version, showcasing cloves, nutmeg, and tobacco. Lots of char in the mix, too, quite heavy at times — an aroma that can be at odds with the softness of the wheat. On the palate, the whiskey is sweeter than the Signature Bourbon, showcasing a gingerbread note, but it’s not a dramatic shift, with ample charcoal and notes of tree bark. The finish throws you a curveball: It’s very dry and a bit green, with just a touch of brown butter. 90 proof. B / $46

Ragged Branch Double Oaked Wheated Bourbon – Another double oaked whiskey (though this one is not bonded), this one takes the wheated bourbon recipe and pushes it through a thick layer of char, leading to a nose that is tarry and heavy with molasses. It’s quite fiery on the palate, with notes of cinnamon Red Hots, lots of spice, and a lingering chocolate note. Hints of Maraska cherry and almond are also in the mix. On the finish, the barrel dominates, but it’s filtered through a surprisingly lively mix of spice and sweetness, elevating the otherwise simple Wheated Bourbon. 90 proof. B+ / $60

Ragged Branch Rye Bottled in Bond – From a mash of 83% rye and 17% malted barley, this is Ragged Branch’s only non-bourbon. Distinctly spicy and racy on the nose, there’s plenty of char here too, in keeping with the Ragged Branch house style. I get a whiff of camphor, too. The palate’s a lot more engaging, with loads of baking spice, brown sugar, and ample red pepper elements. Some butterscotch further livens up the back end, leaving you with a sweet and spicy combination — though it never lets up on the heat. 100 proof. B / $60 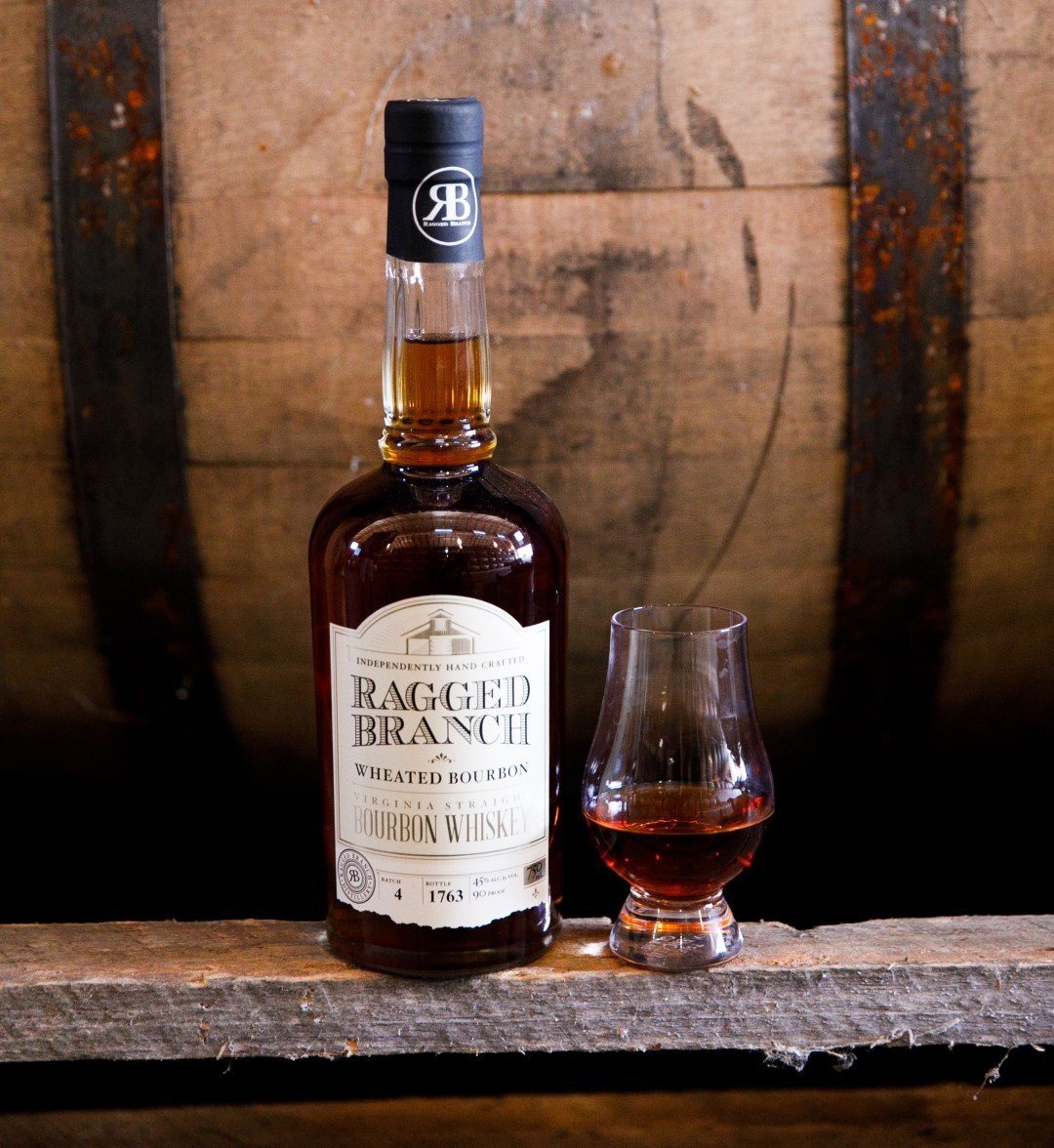