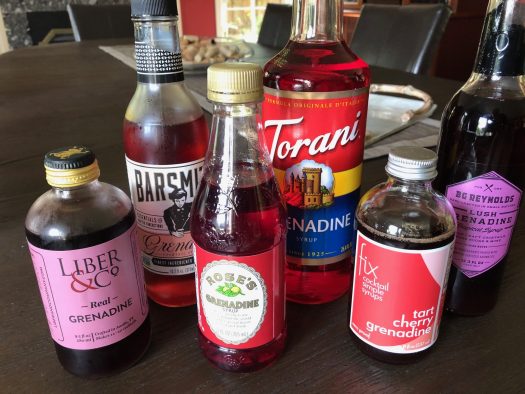 Of all the cocktail ingredients in the world, humble grenadine is probably the one we all remember encountering first, sipping on the stuff as children either in the classic Shirley Temple… or the more decadent Roy Rogers.

Grenadine was originally a roughly 50/50 mix of pomegranate juice and sugar syrup — and you can easily make your own thusly if you have a bottle of Pom handy — but that old-school recipe has faded. While some brands use pomegranate in their recipe, you’re likely to find other fruits — or no fruit at all — in the mix.

That said, like most cocktail ingredients, today’s grenadine has been reborn thanks to craft mixer producers, many of whom are using real fruit (often pomegranate) and cane sugar to elevate a product that has often been seen as little more than an easy means for making a cocktail turn red.

That said, the old school stuff is still around, and it’s just as electric-red as ever. Is artisan grenadine any better than the mass-produced grenadine of yore — and is it worth the extra cash? We rounded up six varieties running the gamut from small-batch to industrial-batch to find out.

Here’s a look at the big six we tried — all unadulterated and straight from the bottle — ranked from best to worst.

Liber & Co. Real Grenadine – Pomegranate juice, pure cane sugar, and orange blossom water: The most iconic recipe for grenadine turns out a rich, deep crimson product that exudes dark fruit akin to blackberry and currant, but with more acidity. Intensely fruity, it’s got a surprising cocoa and vanilla note that surprises on the back end. A / $10 per 280ml bottle

Barsmith Grenadine – This is just cane sugar syrup with unspecified natural flavors and vegetable-based (natural) coloring. It’s cheap stuff, sure, but a bit elevated. This light-pink grenadine is a stark contrast to Liber’s deep purple operator. Lightly pink and bright with strawberry and cherry notes, it tastes much more summery and less brooding than Liber’s offering. Gently herbal, it also finds a nice vanilla note on the finish. It may not have the authenticity of the higher-end grenadines in this roundup, but tastes great, and for this price it’s easily the best you can do. A- / $5 per 375ml bottle

BG Reynolds Lush Grenadine – Pomegranate juice, pure cane sugar, and dried hibiscus. Deep maroon like Liber’s, with a tropical note perhaps from the hibiscus flowers. There’s lots of currants and blackberry here, almost overwhelmingly so. Caramel on the finish. Quite expensive. B+ / $17 per 375ml bottle [BUY IT NOW]

Fix Tart Cherry Grenadine – Made from tart cherries and cane sugar. This is the least “grenadine-like” grenadine we tried, namely because it’s really just sweetened cherry juice. It looks the part, with a brick red, almost brown color that can be a little off-putting. No surprise on the palate here. Fix tastes just like mashed up Maraska cherries, which would be wonderful in a Casino but perhaps a bit much for a Tequila Sunrise. B / $10 per 237ml bottle

Rose’s Grenadine – The old-school, cherry-red standby is high fructose corn syrup with natural and artificial flavors and colors. Surprisingly, it was the least viscous of the bunch and was surprisingly light in flavor, with predominant notes of cherry, cotton candy, and spiced apples. Quite harmless but clearly best used for kids’ cocktails — and very cheap. B- / $4 per 355ml bottle [BUY IT NOW]

Torani Grenadine – Pure cane sugar, natural flavors, and artificial color. This bright red syrup pours on so much sugar that almost nothing else is evident, until the off-putting, cough syrupy-medicinal finish. If you use it, be sure to dial down any other sweeteners accordingly. C- / $7 per 750ml bottle [BUY IT NOW]

So there you have it: Liber & Co’s Real Grenadine is the clear winner, but if you want something more affordable, Barsmith Grenadine won’t let you down. That said, in contrast to our experience reviewing banana liqueurs, when used in small doses in a cocktail you aren’t likely to notice much impact from one brand to the next. While Liber and Barsmith taste quite different when sipped solo, when I used them in otherwise identical renditions of a Hurricane (our recipe below) I could tell no difference whatsoever in the finished product.

Shake all ingredients with ice. Strain into a tall glass or, of course, a Hurricane glass filled with fresh ice. (Or a big plastic cup if you’re in New Orleans.) Garnish with an orange slice and a Maraska cherry. 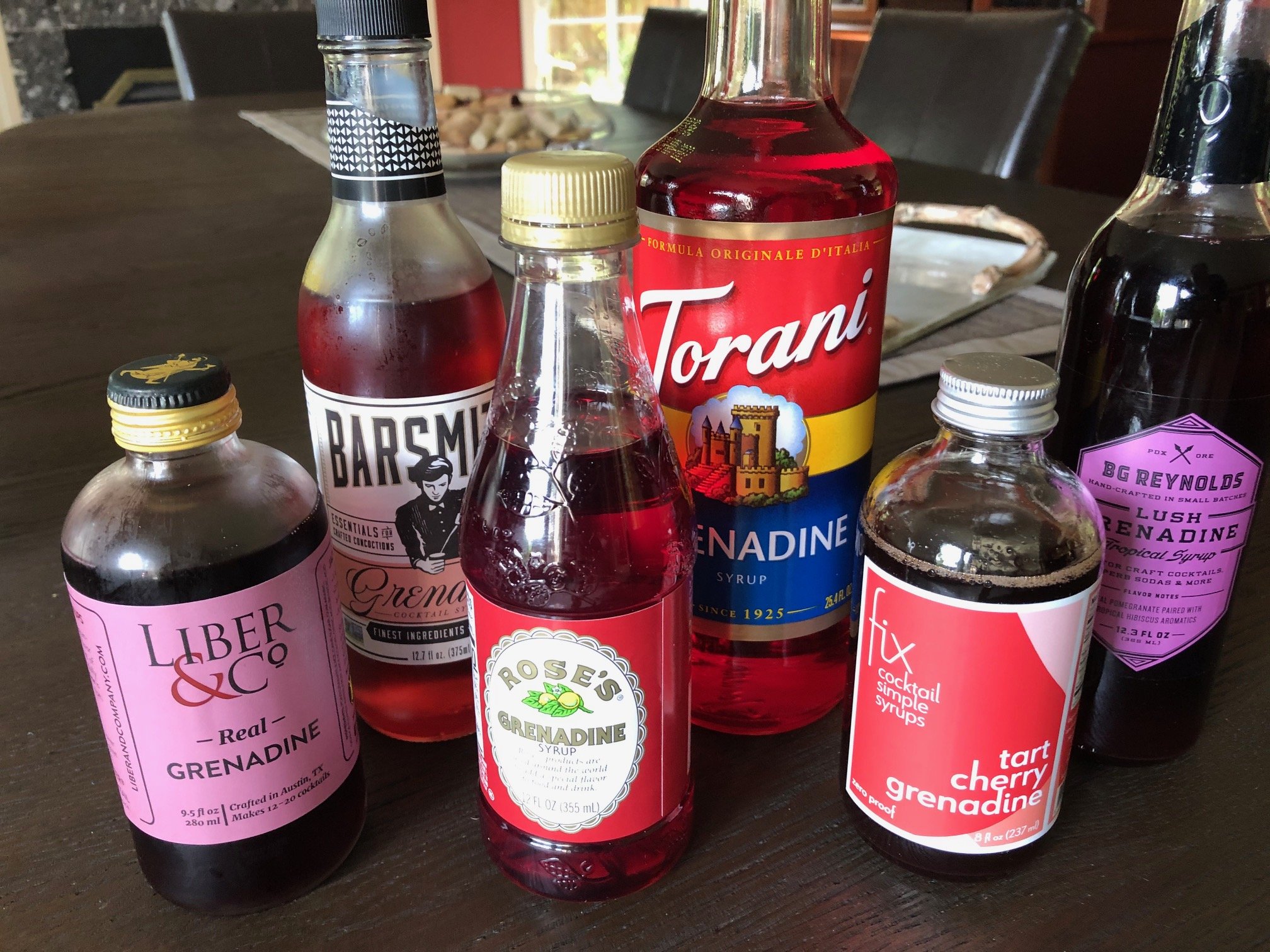