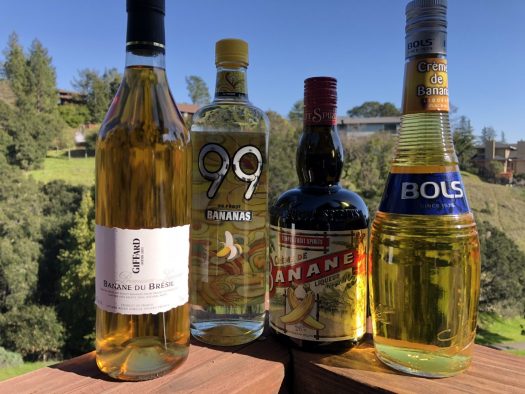 Banana liqueur tends to be one of those unsung cocktail ingredients that few give much serious thought to. A splash of something yellow to give a cocktail a vague tropicality, right?

Think again. Banana liqueur has entered its own small renaissance, and mixologists are discovering myriad uses for the fruit-based liqueur beyond the Bahama Mama and other beach cocktails. Meanwhile, artisanal producers are also giving banana liqueur a further leg up, producing more natural and flavor-rich versions of what has traditionally been a candylike, ultra-sweet experience that had only a passing resemblance to real bananas.

We rounded up four of the major players in the banana liqueur space – DeKuyper was unreachable – tasting them both alone and in cocktails to determine which you should add to your home bar. One of the cocktails I used for testing, an adapted version of the Saton (via the book Whiskey Cocktails), can be found below. I was initially skeptical that a mere quarter-ounce of banana liqueur would make any difference in a complicated cocktail with seven total ingredients, but was truly surprised that, after making four otherwise identical versions of the drink, varying only in the brand of banana liqueur in the glass, the variability in taste was immediately apparent, and I had clear favorites in the lineup. (It’s also a great drink.)

Bols Creme de Banana – The bright yellow glow of Bols’ ubiquitous banana liqueur doesn’t immediately connote authenticity, but it turns out it’s a surprisingly approachable liqueur both on its own and in cocktails – and it’s very inexpensive, the cheapest of the lot. It’s also the lowest in proof by far, though it still manages to showcase a slightly rough chemical element on the nose alongside the bold banana candy character. Very sweet from start to finish, with a note of cinnamon evident on the finish. All of this gets a bit lost in a cocktail, though fairly gentle notes of banana do make it through in the end. 34 proof. B / $15 (1 liter) [BUY IT NOW FROM DRIZLY]

99 Bananas Liqueur – This clear, 99 proof banana liqueur is often found it cheap 99-cent minis which stand out on the shelf thanks to their garish label design. It’s not the most nuanced liqueur, a bluntly candylike experience that tastes harsh and wholly artificial — especially on the bitter, chemical-laced finish — though if you’re looking for an ultra-sweet, high-proof shot, this could be your jam. It practically ruined any cocktail into which I put it, even in small doses. A definite pass. 99 proof. D / $20 [BUY IT NOW FROM DRIZLY]

Tempus Fugit Crème de Banana – This darker brown liqueur has a considerable caramelized note, and alongside overripe banana notes, the nose offers complex aromas hinting at nutty banana bread, candied orange peel, and coffee bean. The finish emerges more sweetly than you’d think from the run-up, but it’s altogether interesting and well-balanced, with way more going on than just “banana.” This follows through to cocktails, where the banana note is muted in exchange for more of that caramel and a lightly nutty influence. Very good. 52 proof. A- / $40 [BUY IT NOW FROM DRIZLY]

Giffard Banane du Brasil – Giffard’s expression is truly a best of both worlds, with just a touch of the light caramelization of the Tempus Fugit while maintaining a strong note of fresh, authentic banana as well. Its scales tip more toward fruit — there’s no nuttiness here — with a clean yet decidedly un-candylike aroma that hints at floral elements. Touches of orange blossom and melted caramel candies inform the palate, but the liqueur is never overwhelmingly sweet, even on the finish. Giffard’s expression also shined the most clearly in cocktails, providing just the right amount of banana flavor without being overwhelming, though the Tempus Fugit expression stands as a very close second. 50 proof. A / $30 [BUY IT NOW FROM DRIZLY]

Combine all ingredients in a mixing glass with ice. Stir, and strain into an old-fashioned glass with a single large ice cube. Garnish with orange peel. 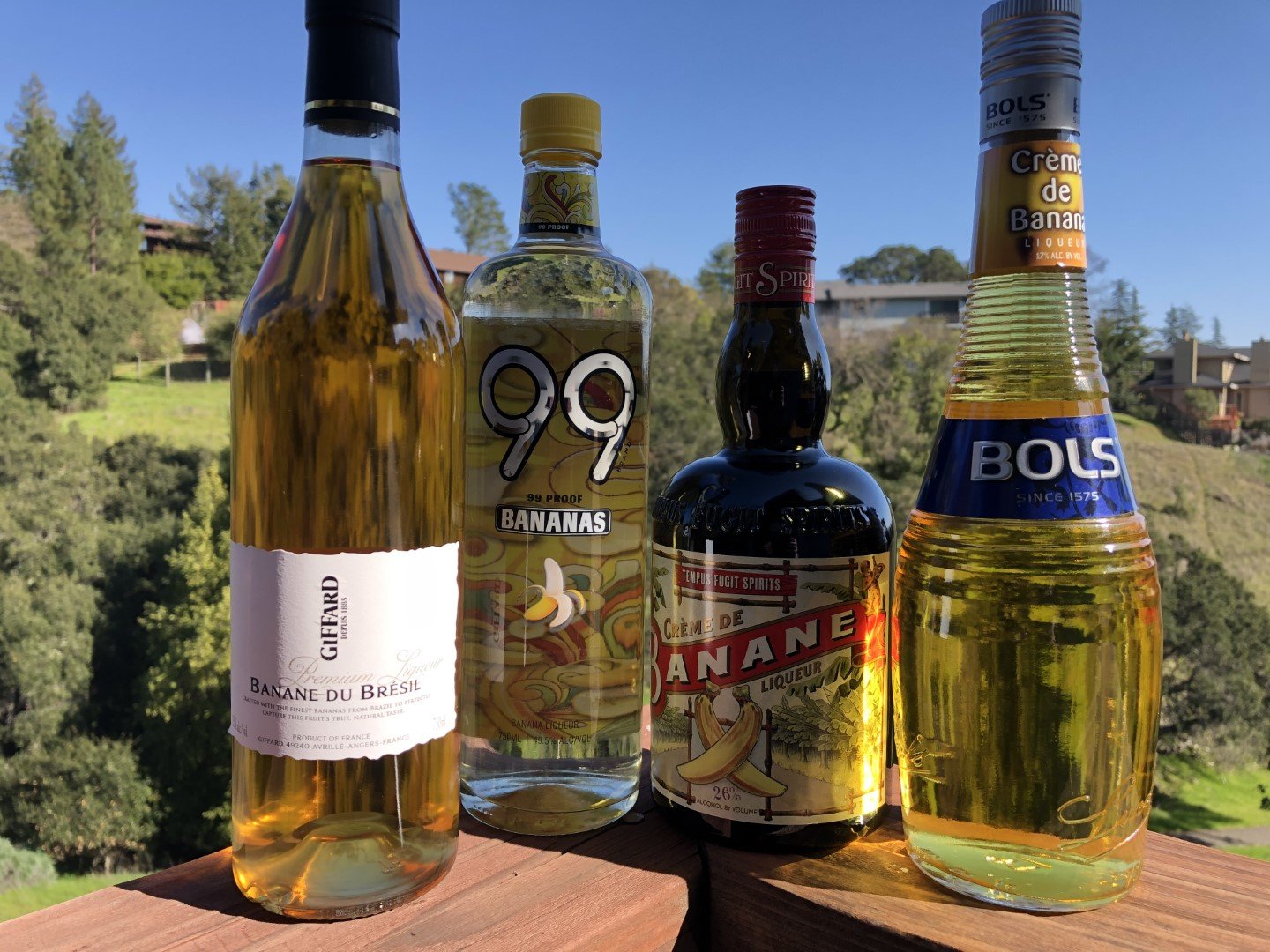