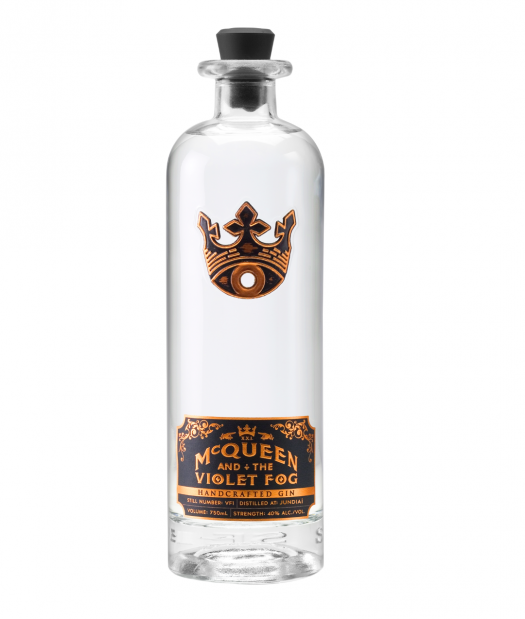 First off: Mad points for a creative name. McQueen and the Violet Fog? Sounds like a killer lounge act — and in fact, the name comes from a poem by one Atticus, in reference to a (fictional) rock group. (Part of said poem is reprinted on the back of the bottle.)

Second off: It’s made in Jundiaí, Brazil, which is much better known for rum than gin. And sure enough, the distillate in McQueen is based on high-proof sugar cane, but the similarities to rum stop there. 21 botanicals are used to infuse the spirit: Along with classic gin notes of juniper, citrus, and flower, the gin’s ingredients include handpicked basil leaves from India, Portuguese rosemary, Mediterranean fennel seed, calamansi from the South Pacific, star anise native to Vietnam, and acai locally grown in Brazil.” Lemongrass, pomelo, and jasmine are also mentioned on the label.

The nose is suitably complex, at once earthy and floral, with a heavy forest floor character that evokes notes of Turkish rug shops, dry pine needles, Magnolia, and dried flowers. There’s also a bitter bark note aroma here that evokes even more earth tones. On the palate, the gin is quite brighter than expected, with notes of citrus and apple butter at first, then a clear kick of rosemary. The finish melds this fruitier character with the up-front earth and juniper notes, segueing to a nicely balanced, yet slightly savory, conclusion. Complex, versatile, and recommended.

McQueen and the Violet Fog Gin 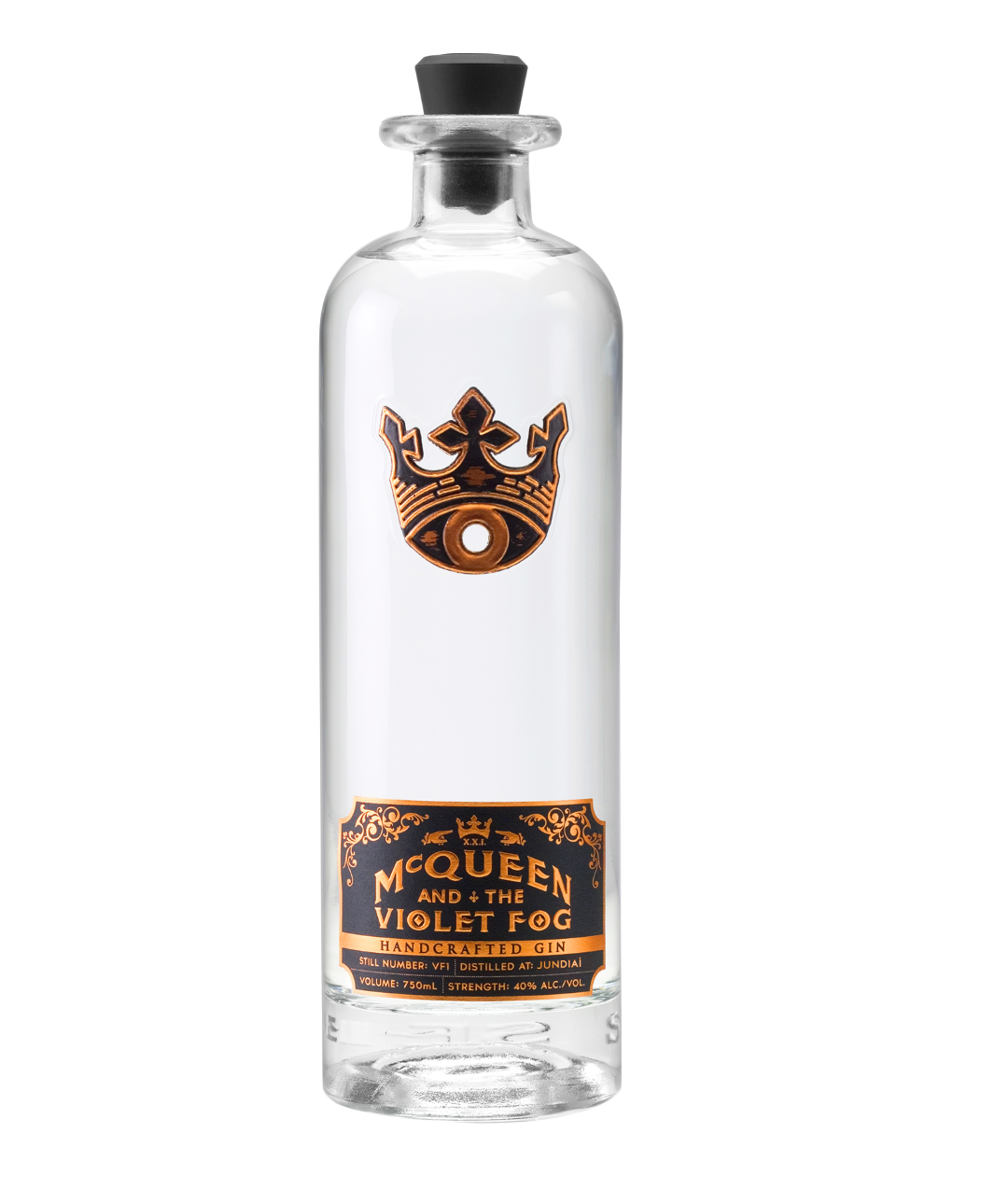