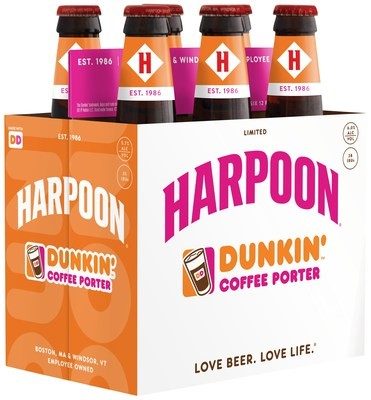 Beer and non-booze brand mashups have been working overtime lately, with brews like New Belgium’s Ben & Jerry’s Chocolate Chip Cookie Dough Ale standing as curiosities for the masses to gawk at.

The latest entry is a beer from Boston’s Harpoon and Dunkin’ (nee Dunkin’ Donuts), which brings together “two of America’s iconic beverage brands” by “combining the taste of Dunkin’s Espresso Blend Coffee with Harpoon’s famous craft beer, launching the new Harpoon Dunkin’ Coffee Porter.” It is presumably flavored with authentic Dunkin’ coffee — not just “the taste of” it — but in-depth production details on this brew are actually quite scarce.

We got a six-pack to try. Let’s bust out a cruller and get to it!

There’s ample fresh coffee and chocolate character here — just as one might expect — and this brew keeps things appropriately bitter, shying away from too much in the way of sweetness (which is probably how most Dunkin’ coffee is consumed). Acidic, nutty, and just a little hoppy, it threads the needle between coffee and porter with more aplomb than the white-orange-and-hot-pink label would let on. A hint of red fruit on the finish — just like you’d expect with a good cup of coffee — provides a perky pick-me-up on the back end to invite continued sipping.

Much better than I was expecting, to be honest. 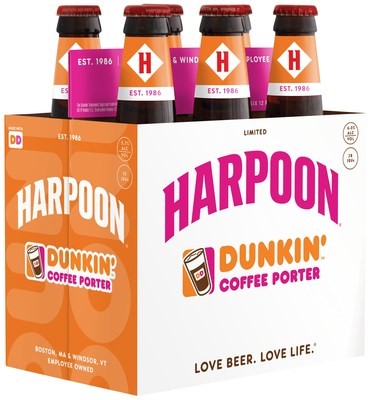