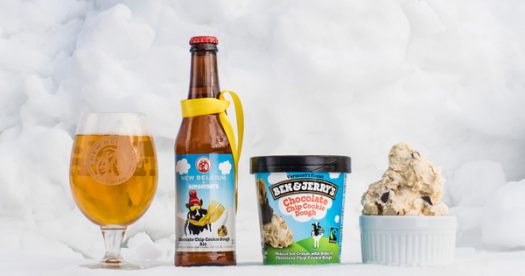 Today it’s a little bit of “something old, something new” from New Belgium, which released no less than 12 beers on tap for us to experience over the last few months… including a bizarre collaboration with none other than Ben & Jerry’s Ice Cream.

Read on for reviews of everything…

New Belgium Pilsener – A “Bohemian style” pilsner, this lovely lager kicks off with mammoth notes of fresh bread — almost pizza crust-like — before finishing with a touch of sea salt (giving it a pretzel-like character) and just the mildest hint of bitterness late in the game. As straightforward (and enjoyable) lager I could imagine. 4.8% abv. A-

New Belgium Whizbang – Described as a hoppy blonde ale, this is an interesting hybrid style of beer that starts things off with a brisk (Mosaic-driven) bitterness before moving on to a maltier, meatier middle. Imagine an IPA stripped of fruit, with a chewy, bready character in its place, and you’ve got this interesting oddity just about figured out. 5.7% abv. B+

New Belgium Citradelic Exotic Lime Ale – This is a different beer than New Belgium’s older Citradelic, which is flavored with tangerines. As the name implies, this beer has lime as the focus — Persian limes, plus coriander and a little black pepper. Neat idea but, unfortunately, the lime here comes off as a bit plastic, slightly chemical in tone with just a hint of that coriander to give it a little spin. That said, it’s as drinkable as a Corona with a couple of lime wedges stuffed into it, for better or for worse. 5.2% abv. B

New Belgium Tartastic Lemon Ginger Sour – Not a “sour” in the sense that beer snobs think of it, but very acidic and lemony and not really all that pleasant, with an intense vinegar aftertaste that feels a little like the experience one gets when he has motions contrary to swallowing. 4.5% abv. C-

New Belgium Dayblazer Easygoing Ale – The name should tip you off that this is a session brew, a very pale ale that drinks closer to a lager than an IPA. Lightly sweet and malty, there’s an edge of slightly citrusy bitterness that takes it into ale territory. Easy to enjoy and light on its feet. That said, 4.8% abv is on par with the “regular” beers in this roundup. B+

New Belgium Accumulation (2017) – The 2017 release of a wheat-barley hybrid (a “white IPA”) we reviewed last year. Again it’s a chewy, hoppy encounter that offers ample and tart fruit notes and lemony notes on the finish. Heavily bready from start to finish, it’s an appropriate ale for the wintertime scene that appears on the label. 6.2% abv. B+

New Belgium Ben & Jerry’s Chocolate Chip Cookie Dough Ale – As gimmicks go, this one’s out there — a blonde ale dosed with chocolate, brown sugar, and vanilla to give it indeed an ice-cream like character. It’s better than you’re thinking, its malty undercoating giving it a bit of malted milk character, and the chocolate/vanilla notes providing sweetness, but not too much. Lots of vanilla on the back end. It’s surely not something for every day, but it’s an approachable novelty for sure. Proceeds help Protect Our Winters. 6% abv. B

Voodoo Ranger is a sort of sub-brand from New Belgium, where “Voodoo Ranger” is larger in type size than the name of the brewery. Here’s three from the company…

New Belgium Voodoo Ranger IPA – A straightforward IPA expression, aromatic and piney up front but with some curious chocolate syrup notes on the back end. Both aromatically heady and burly on the palate, its alcohol level keeps things rolling without overwhelming the palate. 7% abv. A-

New Belgium Voodoo Ranger Imperial IPA – Ample malt backs up this dense, almost gooey IPA, which is heavy on the pine and forest floor elements, with a quite limited citrus profile. Quite bready on the back end. 9% abv. B

New Belgium Voodoo Ranger 8 Hop Ale – An octet of hop varieties gives this pale ale a bit of a scattered character, with intense bitterness fading into a muddy, forest-floor-laden back end. The finish is lightly vegetal, causing this beer to take a back seat to better-realized multi-hop beers. 5.5% abv. B-

New Belgium in Collaboration with Anne-Francoise Spiced Imperial Dark Ale – Aged on “white oak spirals,” this Belgian collaboration is a deep and dense, dry-hopped beer that is flavored with the essence of the forest, including spruce tips and grains of paradise. Warming and malty, the wood-driven vanilla melds nicely with the sprinkling of baking spices, while a hoppy bitterness eventually finds its way to the finish. So much going on here, plan to spend some time getting to know this brew before figuring it all out. 9.5% abv. B+

New Belgium Clutch Collaboration Wood-Aged Imperial Sour Stout – Brewed in collaboration not with a brewery but with a band, Clutch. This is a blend of 70% stout, and 30% dark sour wood-aged beer. Results are straight-up crazy, the beer kicking off with sour apple and grapefruit peel notes that slowly trickle down into a melange of bitter roots, chocolate, coffee, cacao nibs, and oxidized wine. The mouth-puckering introduction that slowly turns rounded, burly, and bittersweet is nothing if not unique, but rather than developing over time, I feel it wears out its welcome fairly quickly. 8.5% abv. C+ / $13 per 22 oz. bottle 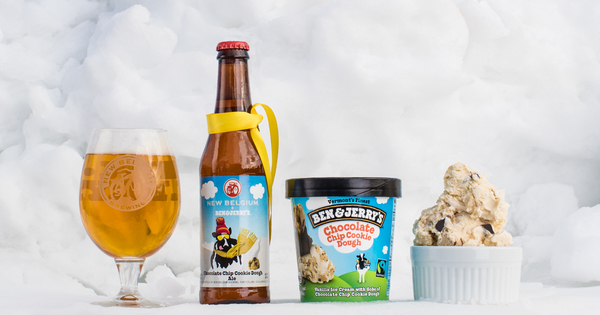