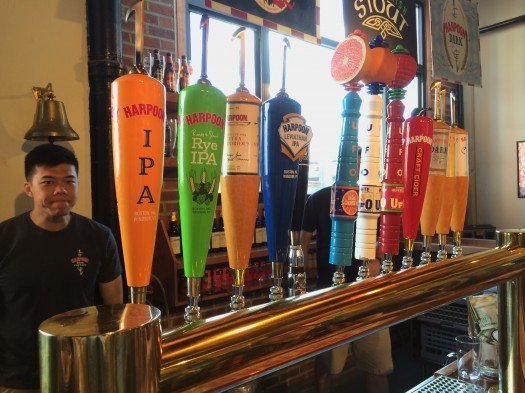 Headed to Boston? Take a little trip to Harpoon Brewery, which is now the 14th largest brewery in the U.S. but which still feels like a happy, family operation. Harpoon built a massive beer hall here in South Boston last year, which you can take in after spending 30 minutes or so strolling through the production facility and hearing a little bit about how Harpoon makes its various brews.

If you’ve been on one brewery tour you probably know what to expect, though being able to taste the barley that Harpoon uses to make its beers is a fun little touch. Of course, everyone’s favorite time is the tasting room, where you get about 20 minutes to essentially drink all the Harpoon beer you can from little 2 oz. glasses. I managed to sample a very broad selection of what was on tap that day, from the perfectly credible (and well-stocked) Harpoon IPA to the limited edition Citra Victorious Barrel Series, made exclusively with orangey Citra hops. The Leviathan Double IPA (at 10% abv) is a true monster — though maltier than you’d expect — but my ultimate favorite, by far, was Harpoon Rich & Dan’s Rye IPA, a spicy/piney beer with nice bite and good balance of fruit and hops.

Definitely recommended — and don’t miss the pretzels, which are house-made with grains used to make the company’s beers. 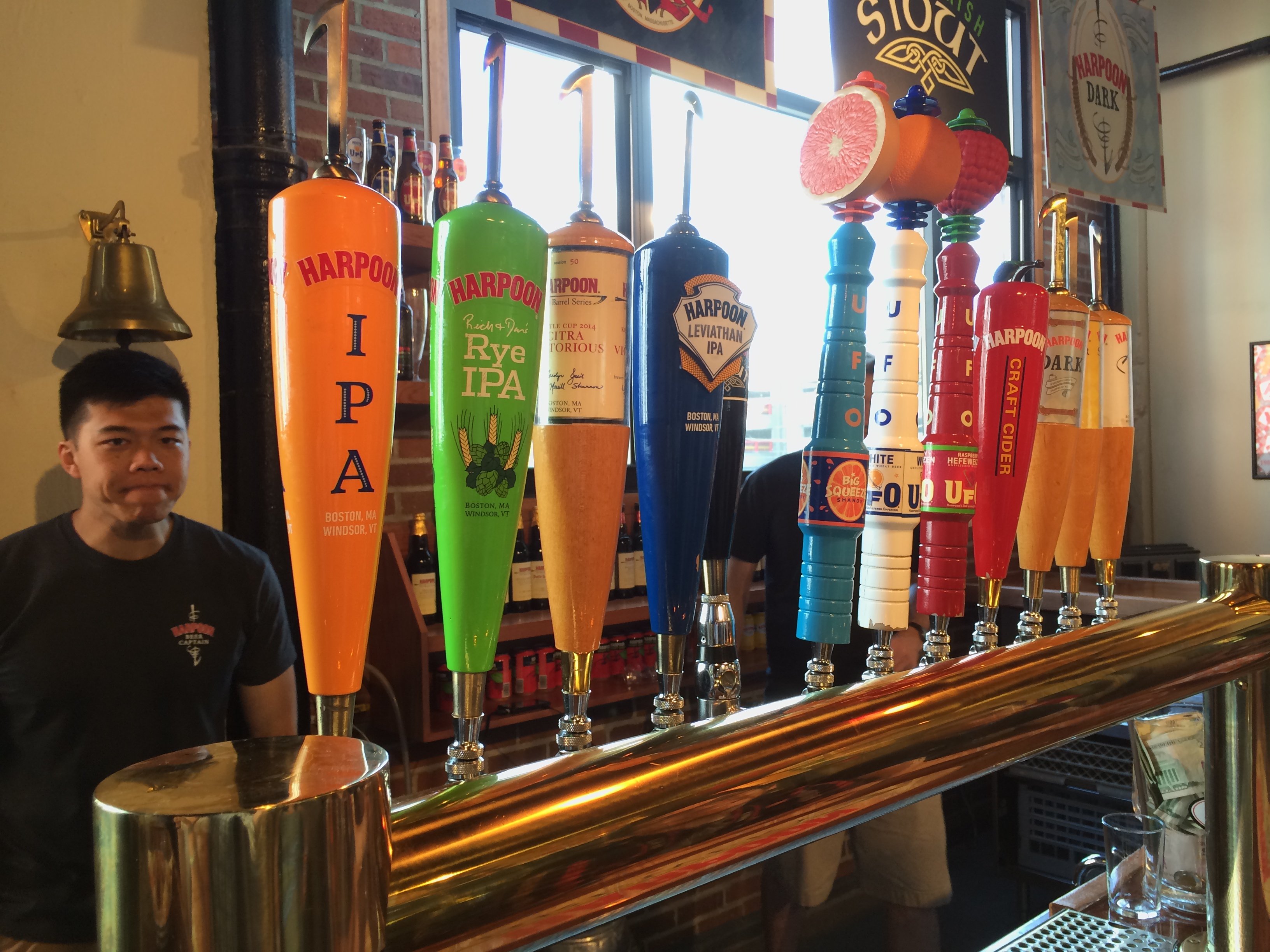