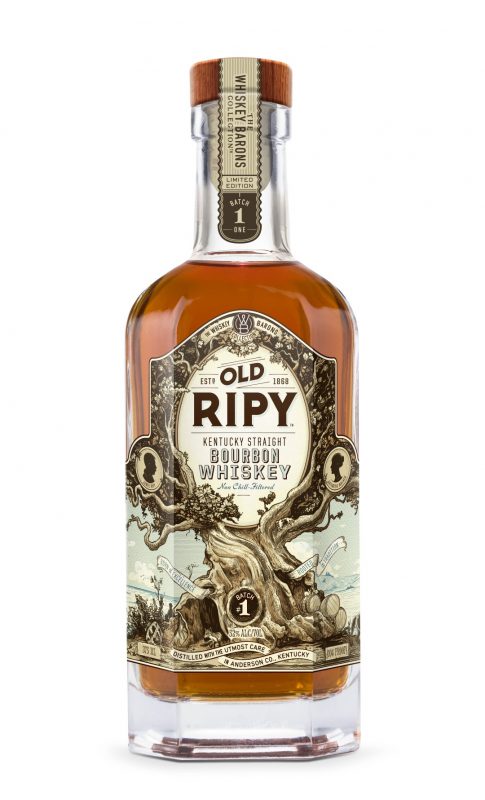 Hey, said Campari, Diageo and Buffalo Trace shouldn’t have all the fun with the “orphan barrel” mystique! We’ve got history too that we can exploit and turn into rare, collectable whiskey!

Enter the Whiskey Barons collection, a series of spirits that are now hitting the market, both loaded up to the hilt with backstory. Here’s some of it.

To bring back to life the Old Ripy and Bond & Lillard blends for the Whiskey Barons collection, Campari America conferred with T.B. Ripy IV and Tom Ripy, great-grandson and great-great-grandson of T.B. Ripy, and employed the talents of Norm Matella, Ph. D. and Campari America North American Technical Center Manager, and Robin Coupar, Campari America Global Whiskies Brand Ambassador. Together they analyzed historical documents, dipped into family archives and experimented with different blends to achieve a final product as close to the original whiskies as possible. The liquid was distilled at the Wild Turkey Distillery in Lawrenceburg, KY, which sits upon the same spot where the Ripy distillery once stood. Wild Turkey Master Distillers Jimmy and Eddie Russell were not involved with the creation of Old Ripy and Bond & Lillard, as they were fully committed with projects for Wild Turkey and Russell’s Reserve. However, moving forward, Eddie Russell will be pouring his passion and expertise into the development of future Whiskey Barons products while continuing in his award-winning role as Master Distiller and key product innovator for Wild Turkey and Russell’s Reserve.

So now we have Bond & Lillard and Old Ripy. A portion of the profits from each bottle sold will be donated towards the restoration of the historic Ripy Home in Lawrenceburg, Kentucky — which is being turned into a tourist destination.

Want more backstory on these whiskeys? You got it!

Born in Bourbon’s heartland in 1868, Old Ripy was created by Irish immigrant James Ripy and continued to be made in Lawrenceburg, KY, on the site of where the current Wild Turkey Distillery stands today, up until 1950. Back then, the Ripy family was ubiquitous in Anderson County’s bustling distilling community. They had opened several distilleries in the area, which remained in the family for generations. T.B. Ripy IV and Tom Ripy, the great grandson and great great grandson of T.B. Ripy, advised throughout the project on packaging and liquid development – calling upon original bottlings, brochures, and family stories to help us recreate what we can honestly say is the closest representation of the original Old Ripy brand possible.

Bond & Lillard was a trusted name in the pre-Prohibition whiskey industry. It was first distilled by John Bond in what was then called, Cedar Run, KY (now known as Anderson County), in 1820. A veteran of the American Revolutionary War, Bond moved his distilling operation closer to Lawrenceburg, KY after the war. In 1842, he left the company to his son and grandson, David and William. William would go on to form a partnership with his brother-in-law, C.C. Lillard in 1869, and they began labelling the product Bond & Lillard. The business stayed in their families until 1899 and was so revered that it won the Grand Prize at the 1904 World’s Fair in St. Louis. Using the same tasting notes the judges wrote down during the World’s Fair in 1904, we recreated this winning recipe.

We tasted both of these novelty acts. Thoughts follow. Both are denoted as batch #1, though it’s hard to tell if all the bottles released will be from batch #1.

Old Ripy Kentucky Straight Bourbon – “Old Ripy is a combination of 8-year-old Kentucky Straight Bourbon with 12-year-old and younger whiskies for added complexity and oak. It is distilled at the Wild Turkey Distillery in Anderson County, aged in timber warehouses and non-chill filtered.” This is a big whiskey, one that comes across immediately like Wild Turkey, probably in part because it’s bottled at 52% abv. Bold and spicy, the nose is full of notes of baking spice, heavy barrel char, and super-sweet dying flowers. On the palate, it’s got plenty of fruit — golden raisins, baked apples, plus ample notes of vanilla ice cream and toffee. The finish plays up the wood — this isn’t a youthful whiskey by any means — going out with a modest amount of tannin that ends up in the realm of dark chocolate, cloves, and cinnamon. Altogether it’s an impressive (albeit 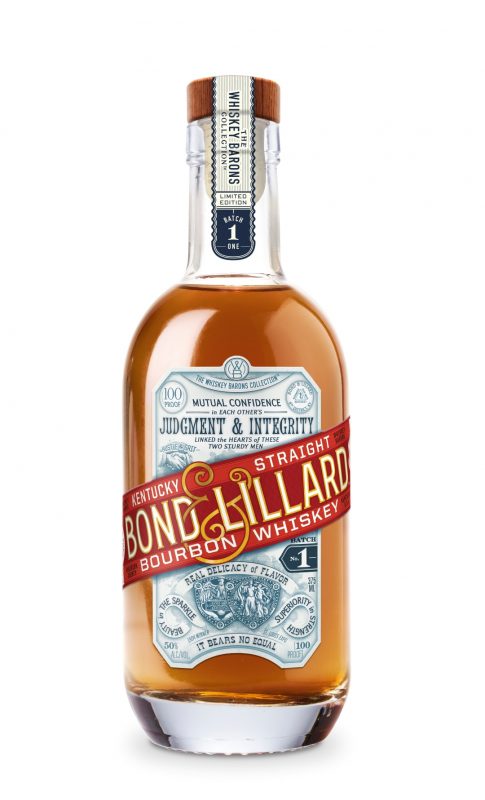 Bond & Lillard Kentucky Straight Bourbon – “Distilled and bottled and at the Wild Turkey distillery in Lawrenceburg, KY, this Kentucky Straight Bourbon Whiskey is aged a minimum of seven years in timber warehouses and is charcoal filtered.” There’s more of a butterscotch note on the nose here, candylike at time with vanilla syrup and hints of lemon oil. On the palate, it’s again quite fruity, though clearly younger than Old Ripy, with a clearer bloodline to its corn-heavy roots. Secondary notes run toward mint, orange peel, brown sugar, and a finish that echoes barrel char. While it’s a less well-realized whiskey than Old Ripy, it’s got ample character to hold its own and merit sampling by bourbon enthusiasts. 100 proof. B+ / $50 (375ml) [BUY IT NOW FROM CASKERS] 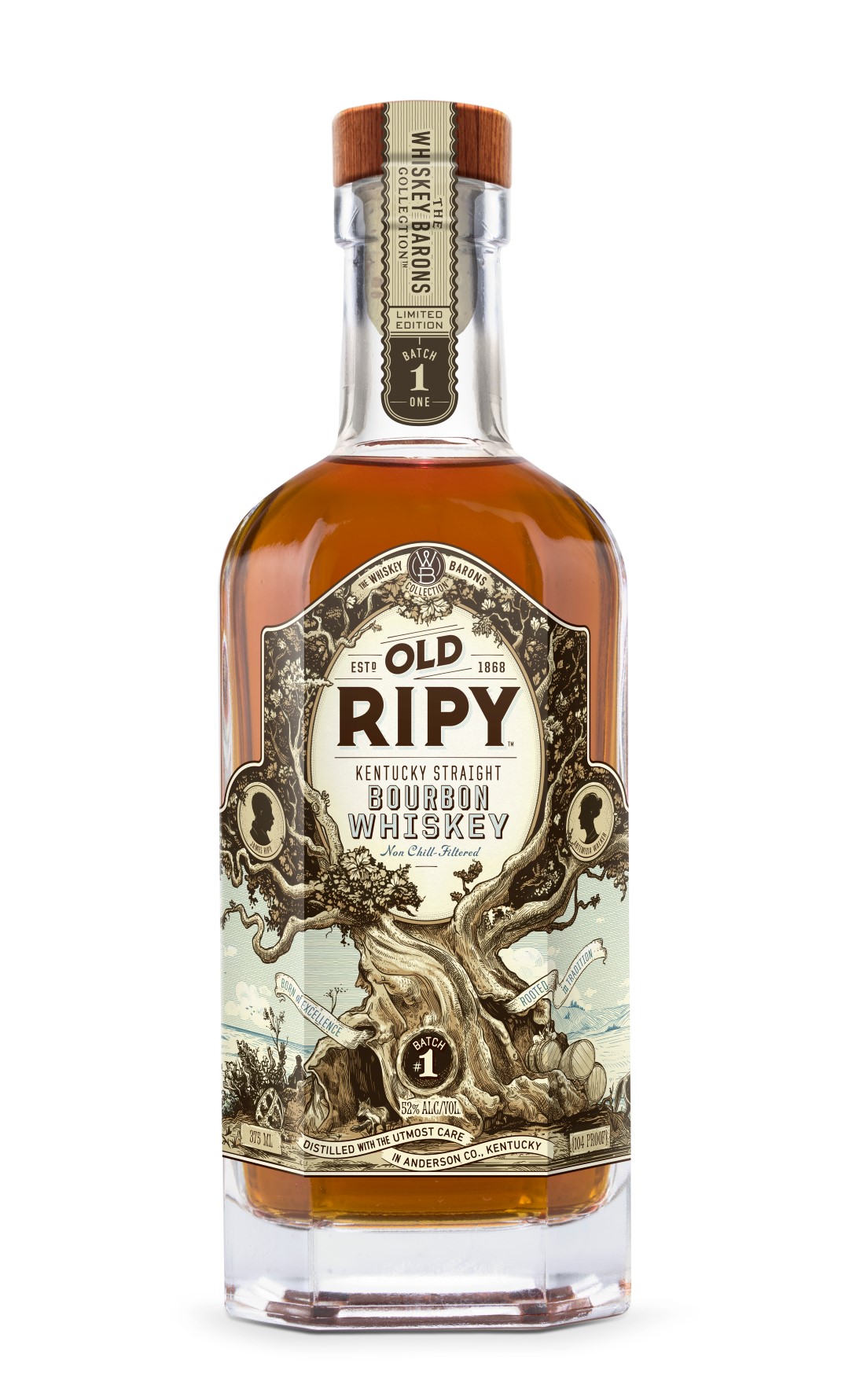 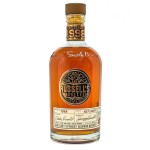