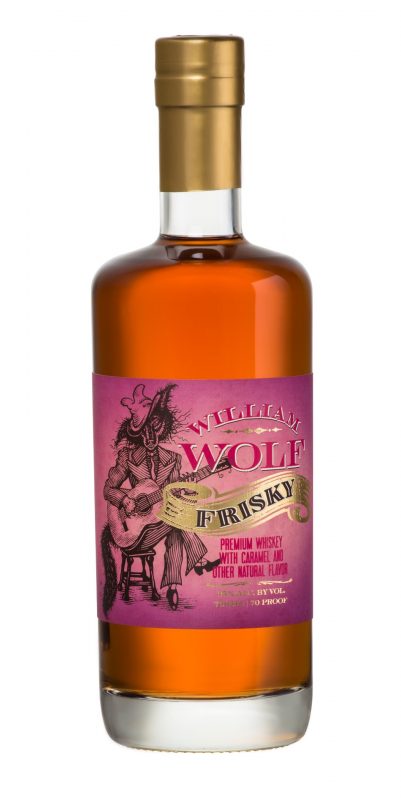 Remember William Wolf? The pecan-flavored American bourbon made in… the Netherlands? Well Mr. Wolf has been busy expanding into other flavored whiskeys, with a total of four (plus an unflavored rye) now on the market.

Today we look at two of the newer products, “Frisky,” which is a vanilla/caramel-heavy whiskey, and “Coffee,” which is flavored with, er, coffee. Note that unlike the Pecan whiskey, these are not billed as having bourbon as their base but rather are made with just American whiskey. (I also can’t determine if there is any Holland connection any more; the labels merely say these were produced and bottled in William Wolf’s home state of South Carolina.)

Let’s take a quick peek at each of them.

William Wolf Frisky Whiskey – This vanilla- and caramel-flavored whiskey is as sticky as they come, a super-sweet concoction that combines a soda shop full of syrups to create a whiskey that is filled with vanilla, butterscotch, some coconut, and ripe banana. This actually is more appealing than it sounds, particularly as a dessert-class tipple, as the coconut notes (intended or otherwise) work well with the maple syrup sweetness of the underlying spirit. B- / $25

William Wolf Coffee Whiskey – It’s a good thing it says “whiskey” on the label, because otherwise you’d have no idea there was any whiskey in this heavily-flavored concoction, a mahogany-brown spirit that smells of well-sweetened coffee, and little else. Perhaps the lightest hint of vanilla gives this spirit any semblance of whiskey; feel free to use it as a considerably higher proof version of your favorite coffee liqueur in your next White Russian. B+ / $25 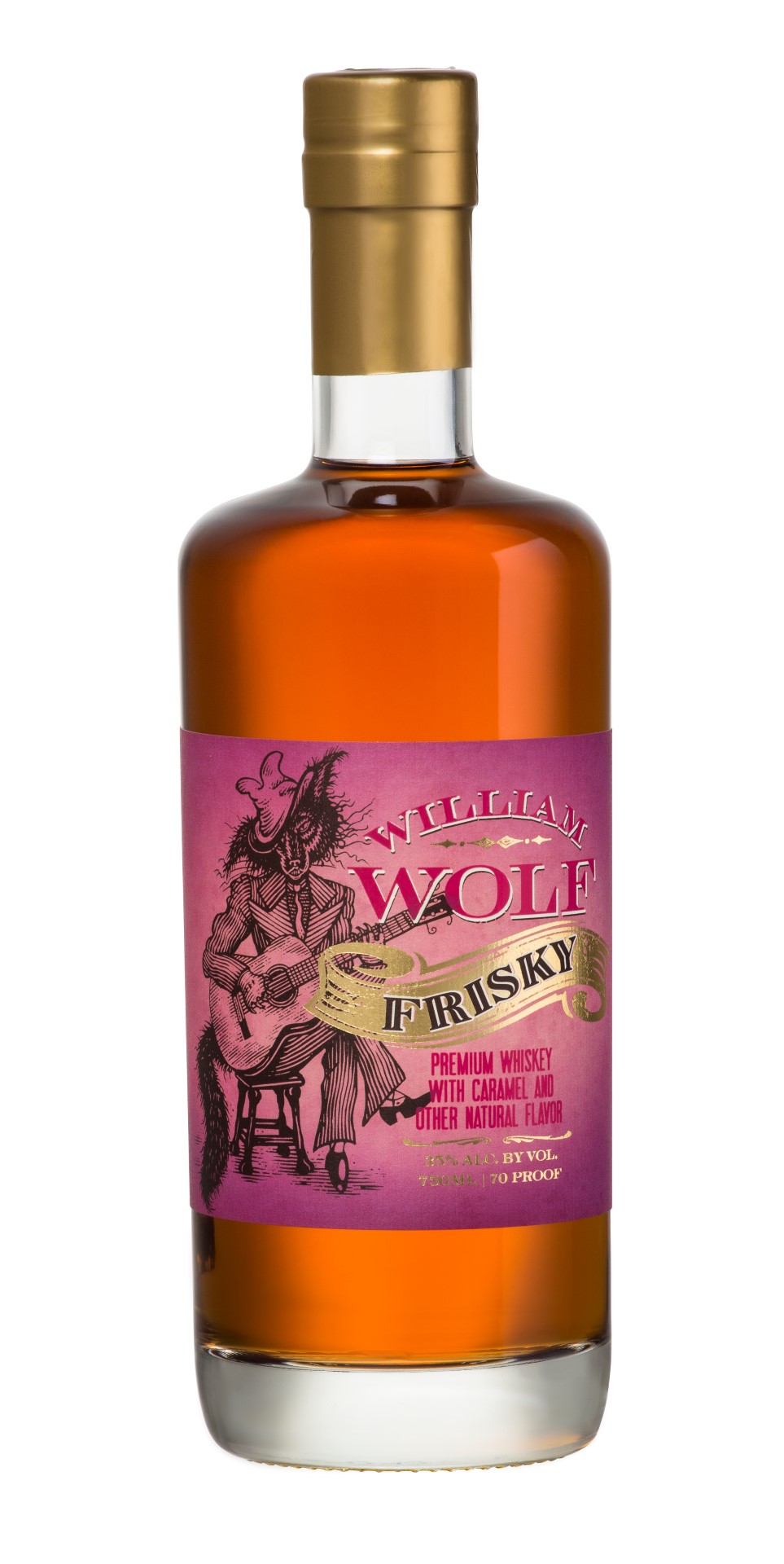