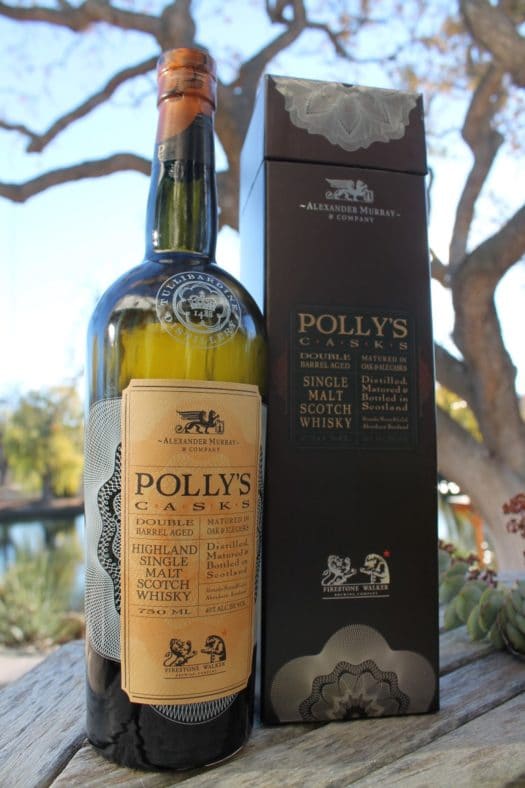 Who is Polly and what is so special about her casks? Allow me to explain.

Alexander Murray is a major private Scotch bottler — in the U.S. it’s best known for making the Kirkland brand of whiskies that show up in Costco (and which we often write about).

With Polly’s Casks, Alexander Murray has something far more complex in mind. It starts with 60 barrels of Tullibardine single malt whisky, aged normally in used bourbon barrels. AM shipped this whisky to Firestone Walker Brewing Co. in California, which then aged for an additional 12 months that already-maturing Tullibardine in oak barrels used for Firestone’s Proprietor’s Vintage beers. (Those barrels in turn were also used bourbon barrels… circle of life, circle of whisky.) The whiskies, released with no primary aging information, have been named after the matriarch of the Walker clan, Polly Firestone Walker.

That’s a big build-up. How does it all acquit itself?

The whisky is clearly very young, a pale shade of yellow I mainly associate with aged gins or reposado tequila. The nose offers simple and sweet cereal notes, gentle fruit, and just a touch of smoke. Some green, vegetal hints emerge here as well, once the whiskey opens up with air.

On the palate the spirit is a bit brighter, but it still drinks quite young. Sweet and grainy, the body offers caramel corn and a hint of baking spice… and little else. Only on the finish does the brewery’s influence start to show itself, with a slightly tannic, bittersweet edge that offers echoes of roasted nuts, charcoal, and iodine.

This isn’t an immediately successful spirit, but the main problem lies in its youth. A beer barrel might take a mature single malt in a new direction, but this whisky just doesn’t seem to have much to work with from the start. It’s not a bad product by any means, but there’s just not enough to get excited about, particularly at this price. 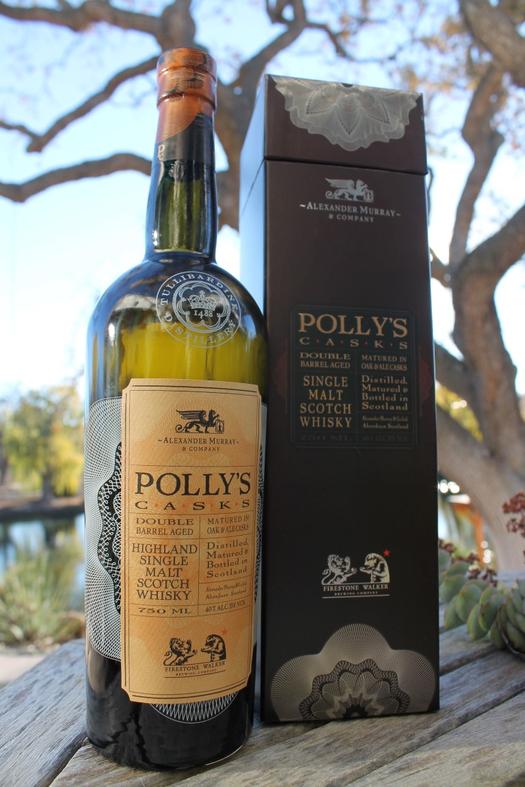