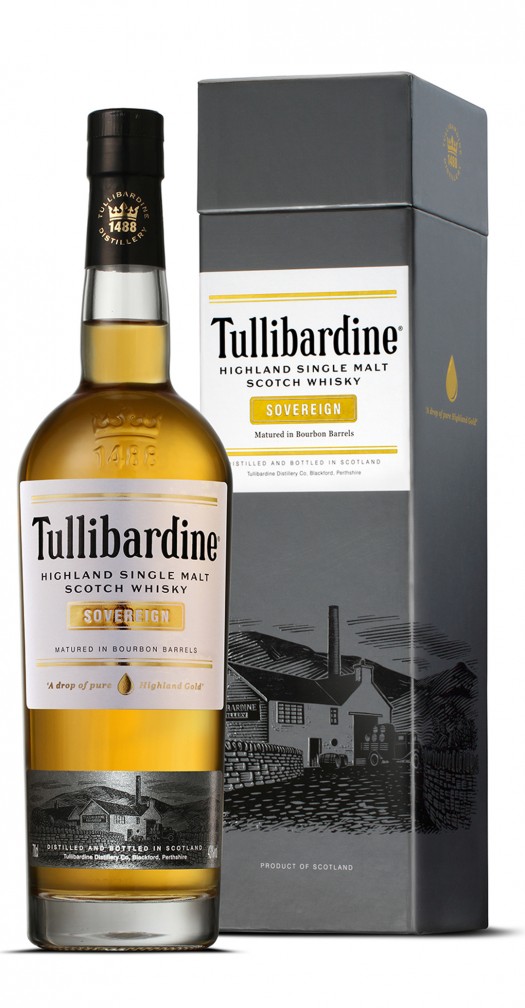 Tullibardine is a Highlands based distillery, largely overlooked in the U.S. but widely available if you take a spin around the internet.

Tullibardine has changed hands and directions more than once (the whisky we reviewed only 4 years ago is long since off the market and the company has been sold and rebranded everything since then). So, today we’re taking a look at the complete lineup of Tullibardine, a distillery which dates back to just 1949.

Before we get going, you might be curious about the three expressions with numerical monikers — 225, 228, and 500. These refer to the sizes of the barrels in which these whiskies are finished, in liters — Sauternes, Burgundy, and sherry, respectively.

More on each expression in the tasting notes below.

Tullibardine Sovereign – Entry-level Tullibardine is this NAS whisky, which is aged in first-fill bourbon barrels for what looks like 6 to 8 years based on my impression of the spirit. There’s plenty of grain to go around here, but it’s tempered by nice honey notes on the nose and body, some butterscotch, and an overall gentle hand that blends toasty wood notes with its barley base. It’s not something I’d drink solo but it’s a totally fair base for mixing. 86 proof. B- / $46 [BUY IT NOW FROM DRIZLY]


Tullibardine 225 Sauternes Finish – NAS, but finished for 12 months in 225 liter Chateau Suduiraut Sauternes casks. A bit doughy, it’s a spirit that balances a basic grain profile with notes of green apple and citrus — classic notes associated with Sauternes finishing — then finishes off with notes of pie crust and cinnamon toast. Aside from the flash of fruit, it’s surprisingly restrained for this finishing style. 86 proof. B / $56 [BUY IT NOW FROM CASKERS]

Tullibardine 228 Burgundy Finish – Finished for 12 months in Chateau de Chassagne Montrachet red Burgundy casks, 228 liters in size. No real hints at Burgundy here, rather it’s a whisky loaded with honey, vanilla, and baking spices that weave in and out of the spirit. There’s an awful lot to like here, with various notes offering cake frosting, strawberry, and malted milk. A fun little whisky to sip on, it manages to use its youth to its advantage. 86 proof. B+ / $56 [BUY IT NOW FROM CASKERS]

Tullibardine 500 Sherry Finish – Finished for 12 months in 500 liter Pedro Ximinez sherry butts. This is a fairly classic, though simple and youthful, sherry-finished malt, balancing a toasty caramel nose with some sharper citrus notes underneath, particularly evident on the body as it develops. The finish is soothing with gentle grain, malty caramel, and just a hint of cloves. As with many of these NAS whiskies, this is a fine everyday dram, but it’s not cut out for serious exploration. 86 proof. B / $56 [BUY IT NOW FROM CASKERS]

Tullibardine 20 Years Old – Now we’re getting into the old stuff. This whisky spends 20 years in first-fill bourbon barrels, which give it a depth of flavor and density that the above four whiskies just can’t muster. The nose offers some curious hospital character, with slight mushroom and forest floor notes. The body has some of this brooding wet earth character, mixed in with notes of heather, dark chocolate, walnuts, and savory spices. The finish recalls a bit of that Listerine character and more granary notes. 86 proof. B+ / $140 [BUY IT NOW FROM CASKERS]

Tullibardine 25 Years Old – 25 years in oloroso sherry casks give this a dark, burnished color and a dense nuttiness that is only hinted at in the younger spirits. Notes of butterscotch, flamed orange peel, and barrel char notes lead the way into a body that offers touches of banana, nougat, coconut, and cocoa powder notes. The finish brings up the classic Tullibardine grain character, ending with a touch of powdered charcoal. 86 proof. B+ / $300 [BUY IT NOW FROM DRIZLY] 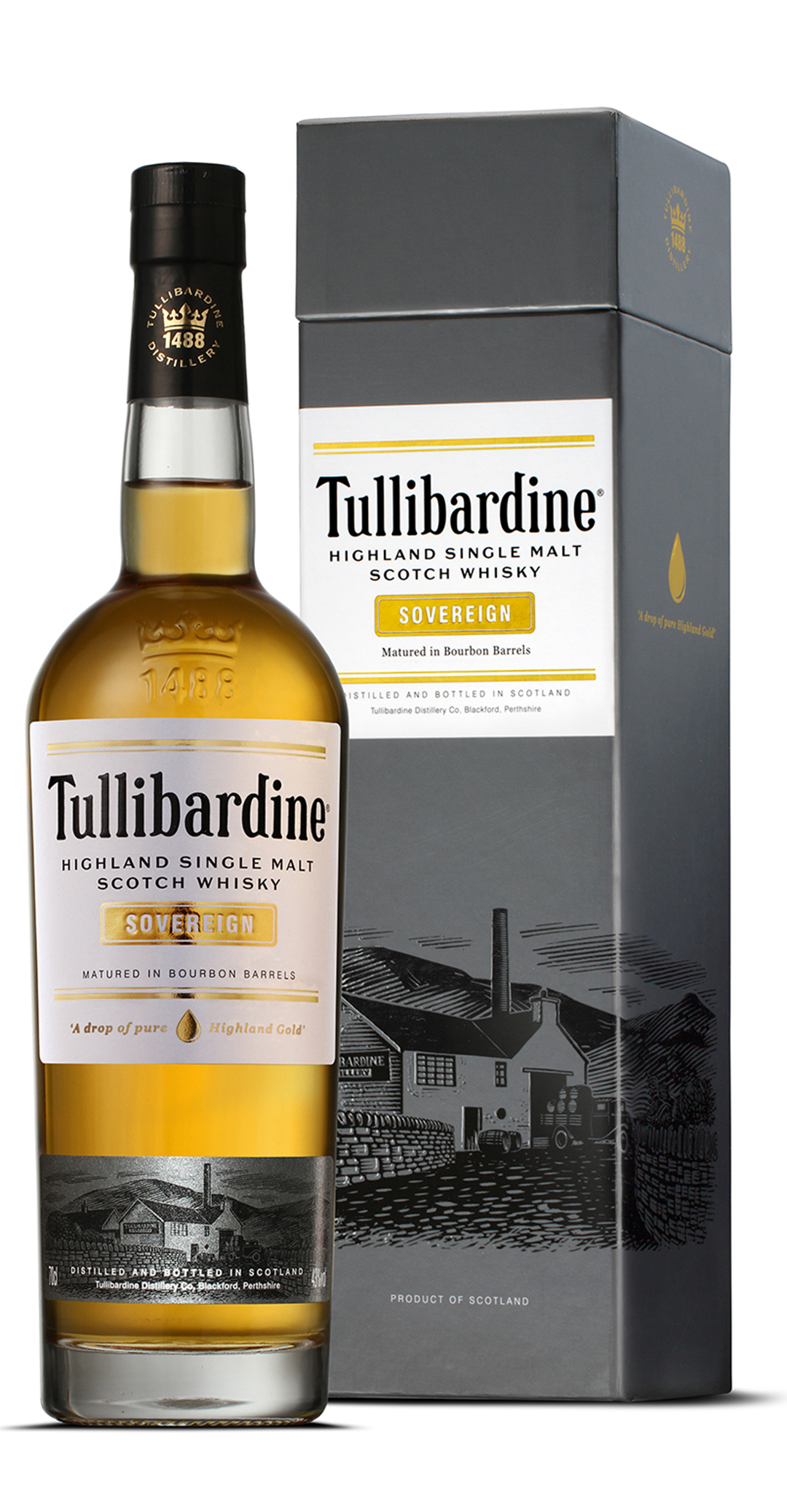 Review: Tullibardine The Murray 2007
Posted in Buy It Now, Rated B, Rated B-, Rated B+, Reviews, Scotch Whisky, Whiskey