These Calvados bottlings hail from the Pays d’Auge, the primary production area for the classic apple brandy in France’s Normandy region.

The company produces over a dozen different expressions of Calvados (plus cider and other beverages). Today we look at three of the more common bottlings, all on the younger side of the company’s offerings. Let’s look at each in turn. (Note: Prices tend to vary widely, so shop around.)

Domaine Dupont Calvados Fine Reserve – Aged two years in barrel, half in new oak. A bright gold brandy, it features the classic mustiness you get with young apple brandies, followed by heavy notes of baked red apples. Light baking spices emerge on the end, then a lightly woody astringency takes hold. A very simplistic expression of Calvados, it is best regarded as a mixing alternative for vodka or even gin. 80 proof. C / $30

Domaine Dupont Calvados Vieille Reserve – Aged four years in barrel, 25% in new oak. Here the Calvados is settling down nicely, throwing off some of its medicinal and astringent notes and showcasing more of its apple core. A purer apple note — fruity and slightly sweet — is evident from the nose and follows as you work into the body. On the palate, it’s both surprisingly light and floral, with just a touch of nutmeg giving it a slightly wintry edge. The tougher, more industrial notes endure on the finish, but they aren’t as overpowering as in the Fine Reserve. 84 proof. B / $50

Domaine Dupont Calvados Hors d’Age – Aged six years in barrel, 25% in new oak. Further maturation gives this Calvados more austerity, though the upgrade isn’t as immediately evident as it is with the jump from Fine to Vieille. Again fresh apples dominate, with some baking spice and particularly nutmeg offering strong secondary notes. The finish feels hotter than both of the above, not due to industrial notes but more from the clearer presence of alcohol. This leads to more of a warming and cleaner finish that lets the more pure and fresh apple character shine through. B+ / $75 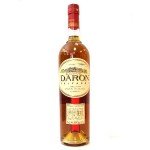