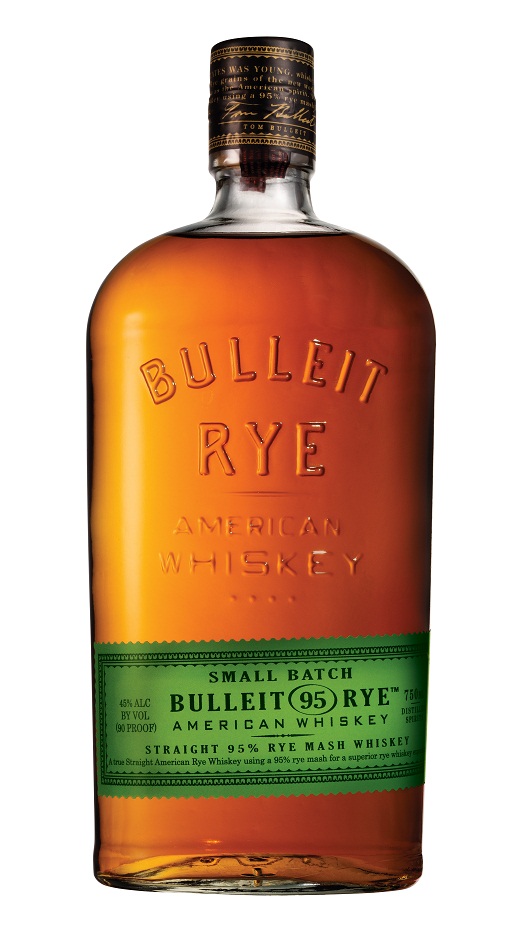 Tom Bulleit‘s “frontier” Bourbon has near-cult status among his admirers, and at long last the man has decided to branch out into a second product.

That product is Bulleit Rye, “the worst kept secret” in the whiskey world and a smashing way for Bulleit to double its shelf space.

Now this isn’t as big a stretch as you might think: Bulleit Bourbon has 28% rye in it already, making it the most rye-rich Bourbon on the market. Bulleit knows rye, so upping the ante to 95% rye (and 5% malted barley) shouldn’t be much of a challenge. Made just across the Kentucky border at LDI in Lawrenceburg, Indiana, Bulleit Rye is aged for at least four years before being bottled at 90 proof.

Results: Solid, and surprisingly easy-drinking rye whiskey. Most rye is pungent and packed with spice character, giving it a huge bite and a lasting effect on your palate. Bulleit is far more mellow: Compared to similarly artisanal ryes like WhistlePig it is reserved and easy, with a distinct toffee sweetness up front backed by molasses, light wood, and some interesting evergreen notes and a touch of herbal character. It’s a startling departure from Bulleit’s Bourbon, which is, by design, rough around the edges and a bit of a punch in the gut. Bulleit Rye is easy and doesn’t burn in the slightest. Be warned.

Bulleit Rye shows Tom’s feminine side — or perhaps his daughter and partner in crime, Hollis — demure, silky smooth, a little sassy, and, most of all, complicated. An outstanding bargain.