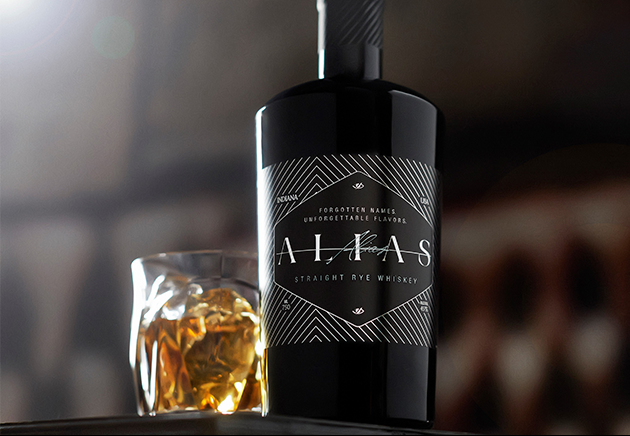 MGP had a busy 2021. It began the year with the acquisition of Luxco and its impressive family of spirits producers which now manage the George Remus and Rossville Union whiskey brands. Then they finished the year with a wholesale renaming of their campus in Lawrenceburg, Indiana where those brands are produced. While the new name, Ross & Squibb, sounds a bit like a Sesame Street duo, it’s actually a mashup of two of Lawrenceburg’s earliest distilleries (Rossville and Squibb). At the very least, it’s memorable and less industrial than “MGP.”

Alias Straight Rye Whiskey is the first new product from the whiskey-makers formerly known as MGP. Unlike the 95/5 rye mashbill that put the distillery on the modern whiskey map, Alias is made from a barely rye recipe of 51% rye, 45% corn, and 4% malted barley which also features in the Rossville Union line. And the name? A first in the industry, as far as I know, it pays tribute to early female distilling pioneers, many of whom used an alias to hide their gender in order to own and operate distilleries. Let’s check it out.

While Ross & Squibb haven’t given us an age statement, the bright, golden color on this rye suggests it isn’t much older than the four-year minimum. The nose is light with earthy, delicately sweet notes of raw honey, caramel corn, subtle orchard fruit, and some muted spice. On the palate, there’s a generous sweetness, almost candy-like at times, but it’s not overly sticky or viscous. A bit of bold rye spice at the outset dissipates quickly to notes of brown butter, cinnamon sugar, and marshmallow. A warming spice returns on the lingering finish highlighted by gentle notes of caramel sauce, drying oak, and mint syrup. As high-corn ryes go, this isn’t anything outside of the ordinary. But it is well-executed and, in a world increasingly filled with pricey new whiskey, a surprisingly solid value.