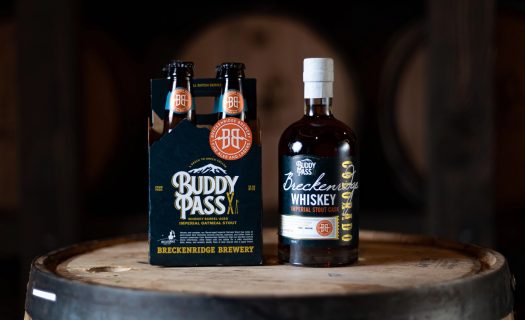 Both products bear the name Buddy Pass, a play on a discounted lift ticket you might buy at the nearby Breckenridge ski resort. They were bottled and released at the same time as limited editions, with similar branding.

We got them both, and we’re here to report on how they acquit themselves.

Breckenridge Brewery Buddy Pass Whiskey Barrel-Aged Imperial Oatmeal Stout – Thick and unctuous, there’s no mistaking the barrel aging here. Notes of fig jam, berry syrup, chocolate sauce, and caramel all drip from the palate, which veers into those syrup-laced chocolate covered cherry confections after a time. Gummy and overpoweringly sweet on the finish, some notes of crushed graham crackers and chewy malt can be made out in the mix if you dig deeply enough, though wading through all of the syrupy fruit cocktail to get there may not be entirely worth the effort. 10.5% abv. B- / $14 per four-pack

Breckenridge Distillery Buddy Pass Whiskey Imperial Stout Cask – The whiskey is much more intriguing than the beer. The dripping-fruit sweetness of the beer is still evident here, but it’s not nearly as overpowering, serving to add an extra layer of nuance to the proceedings. The nose isn’t particularly fruity, seeing a gentle breakfast cereal and sesame seed character backed up by perfumy sandalwood, caramel, and barrel char as it opens up. The palate is where things really come to life, kicking off with notes of semi-sweet chocolate and hints of that fig jam present in the beer. Again, that fruit isn’t overwhelming, and it fades into more of a tart cherry character as it unfolds in the glass. Quite chocolaty and rich as the finish builds, the drinker is rewarded with a conclusion that layers in notes of baking spice, a bit of orange zest, and a hint of coconut. Lots going on, but it all works surprisingly and beautifully well together. 108.5 proof. A- / $55 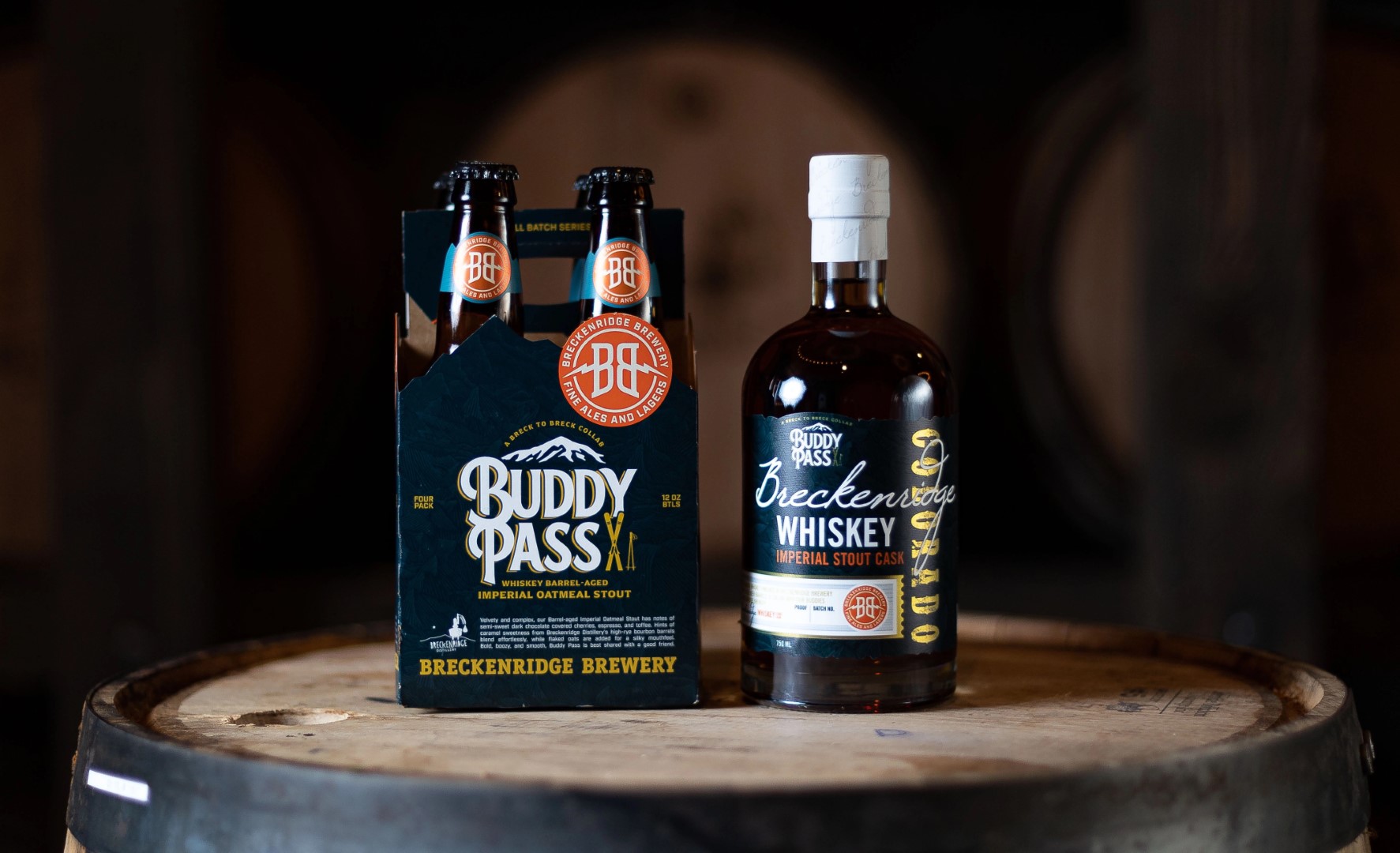