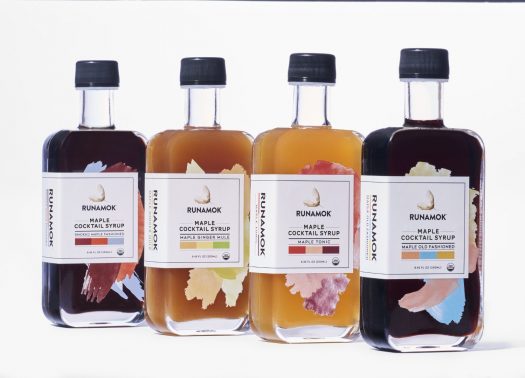 Runamok is a producer of traditional maple syrup in Vermont, and the company recently branched out into cocktail ingredients, where maple has long been popular. Today we take a look at six different Runamok products — four syrups and two types of bitters — all made with glorious tree juice at their core (and no refined sugar).

Runamok Syrup Maple Old Fashioned – This orange-laced syrup evokes the immediate essence of gingersnaps, with a slight fruitiness in the form of figs and dates underneath. The maple syrup character is present but less overbearingly sweet than you might expect, offering a touch of earthiness to a truly unique palate. It really shines with whiskey, melding beautifully with caramel and chocolate notes and bringing out the fruitiness in the spirit. A- / $17 per 250ml bottle

Runamok Syrup Maple Ginger Mule – A much different experience, this is intense with both ginger and lime, giving it a sharp acidity that rapidly washes away much of the sweetness underneath — although some notes of caramel emerge on the finish. I struggled to find the right balance with this one in a cocktail made with vodka and sparkling water, but you might have better luck. B / $17 per 250ml bottle

Runamok Syrup Maple Smoked Old Fashioned – Made with cherry juice (or orange essence, depending on if you believe the bottle or the website), and tons of smoked pecan wood. A bit of a butterscotch kick on the finish. While I love a smoky cocktail, the impact here is a bit overpowering, and in a mixed drink I might consider tempering the smoke effect by going half and half with the standard Old Fashioned syrup (or just plain simple syrup). Even then, I think the non-smoked recipe pairs better with whiskey. B+ / $17 per 250ml bottle

Runamok Syrup Maple Tonic – Nicely bittersweet, with emphasis on the bitter. Floral and spicy, with a bold quinine aftertaste that lingers forever. Paired with gin and seltzer, it’s fine… but I guess I prefer my G&T the old-fashioned way. B / $17 per 250ml bottle

Runamok Bitters Aromatic Maple – Bitters don’t traditionally have a sweetener as their base (on account of the fact that they are supposed to be bitter), but, well, these do. This is a perfectly credible Angostura clone, and the sweetness is really only evident on the nose. The palate is quite bitter with classic notes of gentian, cloves, and some dark chocolate character all in a slurry. B+ / $12 per 100ml bottle

Runamok Bitters Orange Maple – This orange-scented expression is more accessible and sweeter than the Aromatic Maple version, infused with notes of tangerine and some vanilla in the mix. The maple’s more evident here, too, giving the sweetish base a hint of earthiness and a touch of that ginger. The finish is bracingly bitter, however, with gentian dominating. A- / $12 per 100ml bottle

runamokmaple.com [BUY THEM NOW FROM AMAZON] 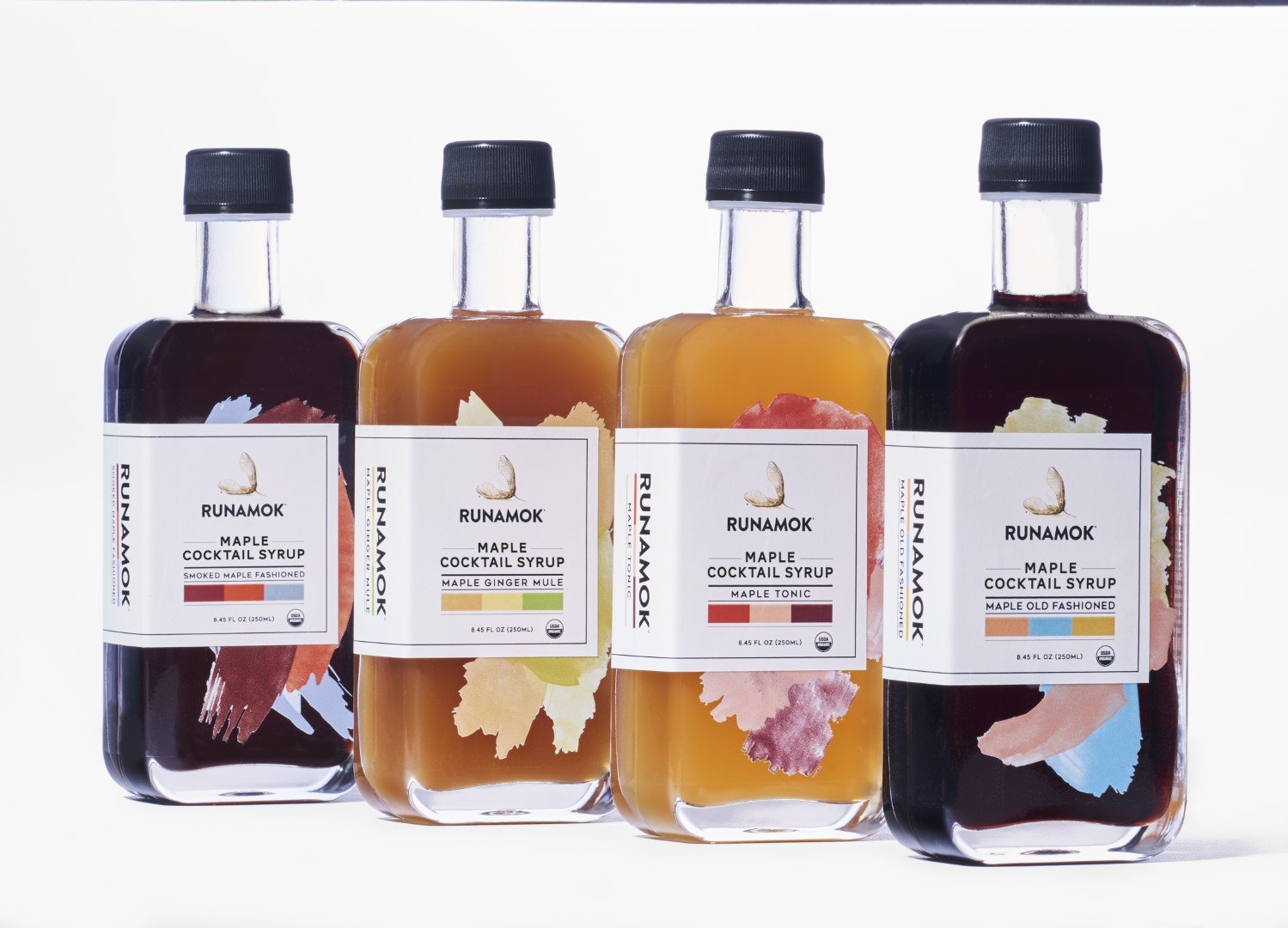 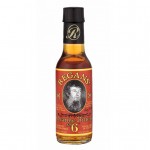