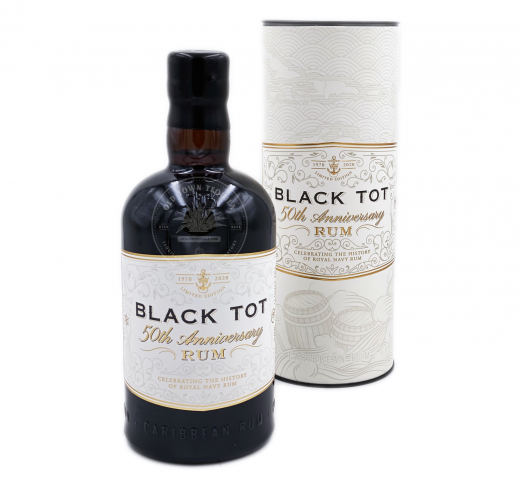 The relaunch of the Black Tot brand — a masterpiece in its own right — has begat a follow-up, Black Tot 50th Anniversary, a higher-proof rum designed to celebrate the 50th anniversary of Black Tot Day. As with the recent Black Tot release, it’s designed to pay homage to the original Black Tot recipe, though this expression has a slightly different composition — and is limited to 5000 bottles.

The recipe is complex and contains rums as old as 42 years old, hailing both column and pot still rums from Jamaica, Barbados, Guyana, and Trinidad. You can get all the technical specifications — which are lengthy — at the Black Tot website, linked below.

While you’re reading that, let’s give it a try.

Black Tot 50th Anniversary is immediately rich on the nose, with notes of coffee bean, some hogo, and intensely savory notes of gunpowder, sulfury molasses, and some green herbs hitting up front. Give it time and a smoldering but evocative sweetness emerges, driven by overripe berries, toasted coconut, and some Port wine notes — though hints of petrol are never far behind. It gets even more gorgeous over time as it evolves in the glass.

The palate is equally intense, again heavy with coffee notes and a slick of red wine. Cloves, some hogo, and more well-toasted coconut notes continue their reign. Some bitterness arises later in the game, tempering notes of overripe fruit and enriching the body nicely as it comes to a finish.

All told, it drinks much like the standard Black Tot re-release, only bolder, bigger, richer, and more decadent. It’s highly impressive and well worth any rum fan’s attention. 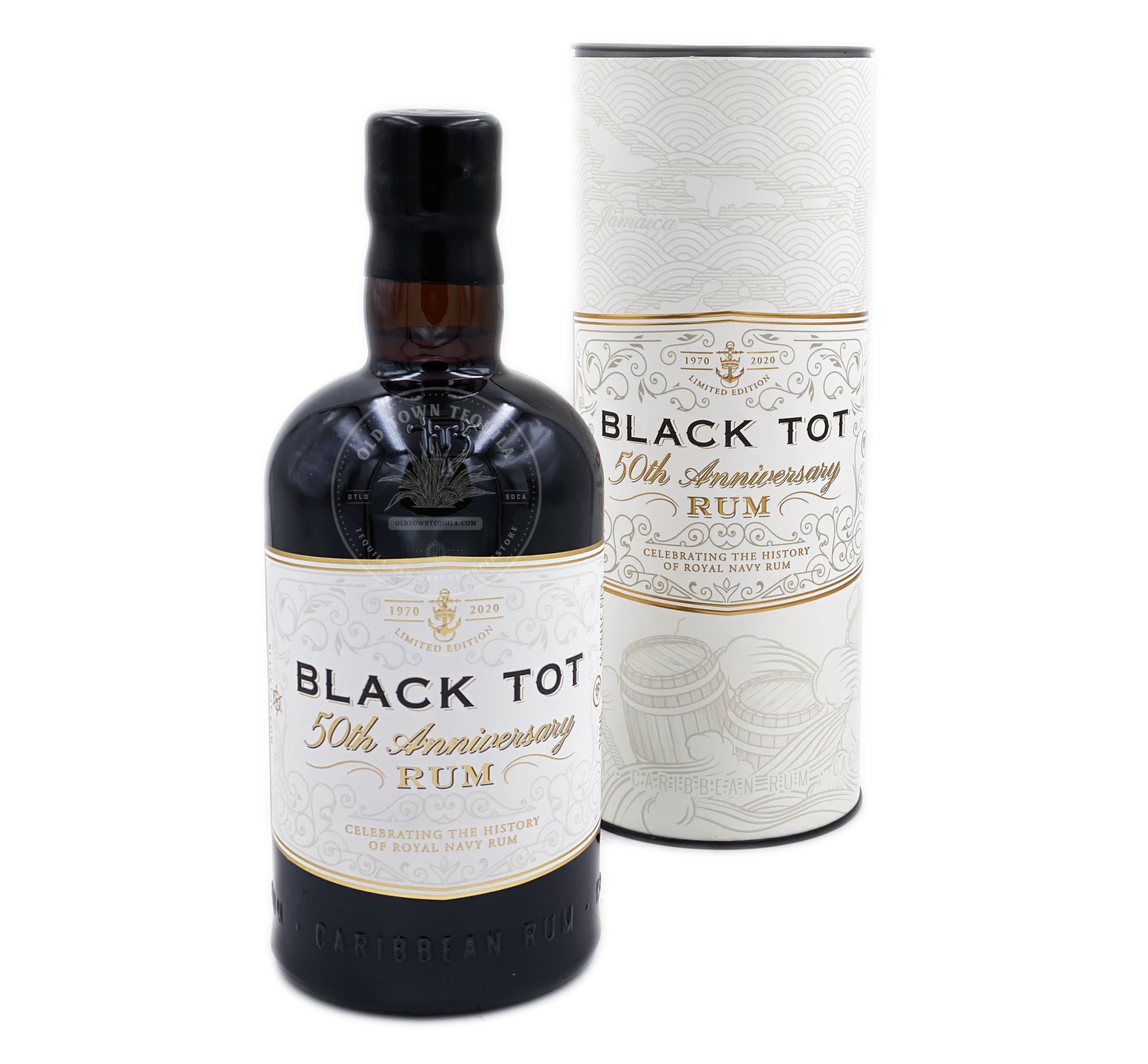