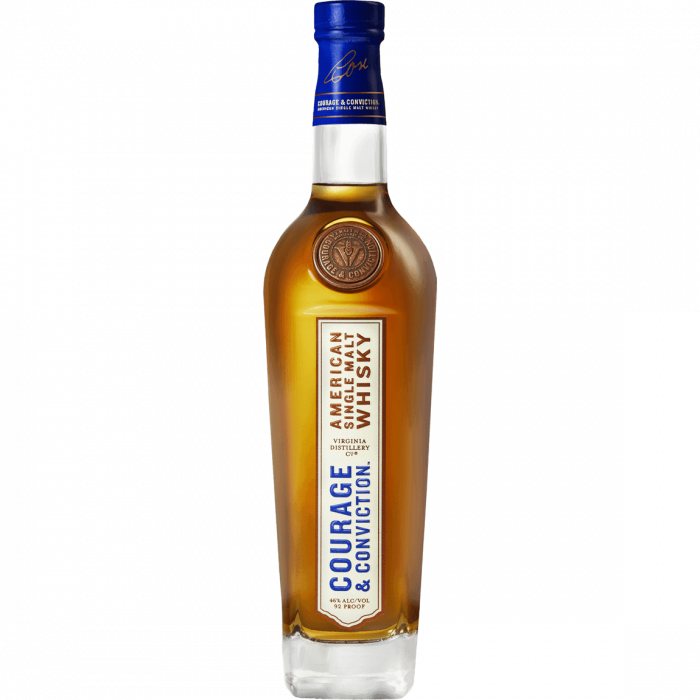 Virginia Distillery Co. hit a major milestone with the 2019 release of their long-awaited, house-made single malt, Courage & Conviction. A second release of that single malt, three times bigger than the first, hit shelves in the spring of last year. While the first release was dedicated to the distillery’s late founder, Dr. George G. Moore, honors for the latest batch go to another whisky doctor, the late industry consultant Dr. Jim Swan who, in addition to being a friend and mentor to the Virginia Distilling team, was instrumental in the development of the cask blend for Courage & Conviction.

According to the folks at Virginia Distillery Co., the differences between this release and the inaugural batch aren’t expected to be dramatic, as they continue to aim for a target profile across batches. Still, we’re told to expect some slight variation just based on the cask selection for the blend and the fact that the whisky in this release has gotten older, approaching a target age of four years. We saw a noticeable change between the teaser whisky, Prelude, and the initial Courage & Conviction release. Let’s see how the latest batch compares.

The aroma is very much in keeping with its predecessor, with that same elegance and perhaps a touch more depth. Graham cracker and juicy raisin notes give way to rich arboreal honey, fresh berries, and sandalwood. The earthy and floral notes have brightened, registering more tropical with hints of pineapple and sweet mango. On the palate, that same silky texture remains, showcasing notes of candied ginger and baking spice, stone fruit and tea leaves. The flavors aren’t quite as big as the first batch, and there’s a touch less sweetness with less malt coming through. Still, there seems to be more cohesion in that absence, a sweet spot that gets me dipping into the glass with greater frequency. The finish is gentle and smoldering with crème brûlée, candied almonds, and the faintest touch of sweet pipe smoke. An enjoyable sequel that stays true to the original.