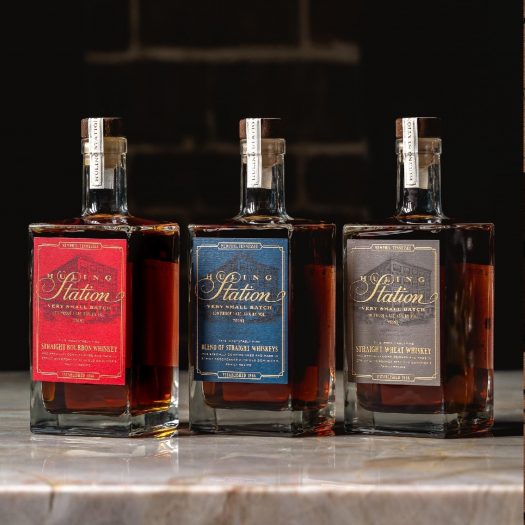 Memphis-based Old Dominick Distillery makes gin, vodka, and other goodies, but it’s arguably best known as the producer of Huling Station, a line of whiskeys that began with bourbon and expanded to wheat whiskey and a blended whiskey earlier this year.

Old Dominick sources all of these whiskeys from MGP, but they’re all made in close collaboration with the contract distillery and utilize bespoke mashbills and barrel entry proof (120 proof) developed by Old Dominick. The mashbills are indeed decidedly unique.

We recently received all three Huling Station whiskeys for review. Let’s give them a try.

Huling Station Straight Bourbon – An unusual mashbill of 52% corn, 44% rye, 4% malted barley; 4 years old. Youthful but engaging, this bourbon hits the nose as a bit sweaty, with notes of saddle leather and buttered popcorn, but it slowly settles into a more effusive groove. The palate has ample youth but shows plenty of character: ruddy baking spice, brown butter, tea leaf, a bit of leather but not too much. Some tobacco leaf notes give the finish a savory, lightly peppery character, with just a hint of barrel char. This is hardly what anyone would call a complex spirit, but it’s light on its feet and a reasonably solid example of a younger straight bourbon. 100 proof. B / $30

Huling Station Straight Wheat Whiskey – 83% wheat, 12% corn, 5% malted barley; no age statement. Quite racy, with the focus clearly on the grain. The pungent nose, laden with green wood, leather, and tobacco, is a stark contrast to the bourbon, and there’s a lot of aggressive alcohol character showing. It’s easy to see why they dropped the proof here; the nose is sharp and peppery, not at all the relatively soft experience that one typically looks for in a wheat whiskey. The palate doesn’t much diverge from the aromatic theme. Those heavy greenery notes never fade, with leather and barrel char continuing to dominate. Tough and lightly smoky on the pungent, overwhelming finish, notes of burnt toast and petrol continue to reign for a long while. 90 proof. C / $42 [BUY IT NOW FROM DRIZLY] [BUY IT NOW FROM FROOTBAT]

Huling Station Blend of Straight Whiskeys – A blend of 50% each of the above whiskeys — but proofed to the level of the bourbon. This is indeed a “best of both worlds” experience, and the wheat whiskey’s difficulties are effectively played down by mixing it with the bourbon. The nose takes its cues from both spirits; it’s fairly earthy, with ample barrel char and some unexpected chocolate notes. On the palate, the green elements are tempered by ample fruit and some sweetness, giving the whiskey a pleasant balance. The finish hower is short, and slightly floral. It’s still quite vegetal on the fade-out, but in this composition it comes across as a lot more pleasant. 100 proof. B / $42 [BUY IT NOW FROM DRIZLY] 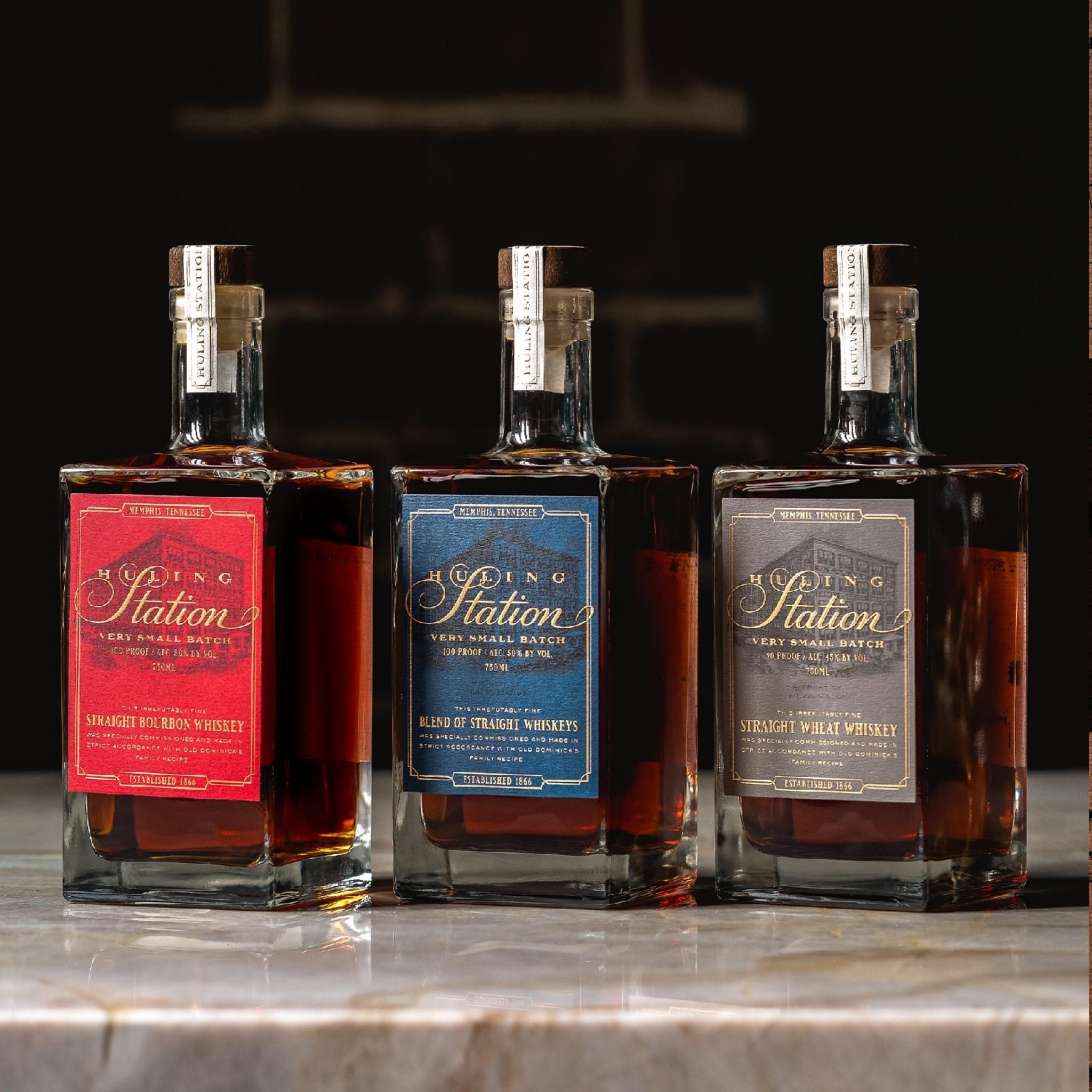