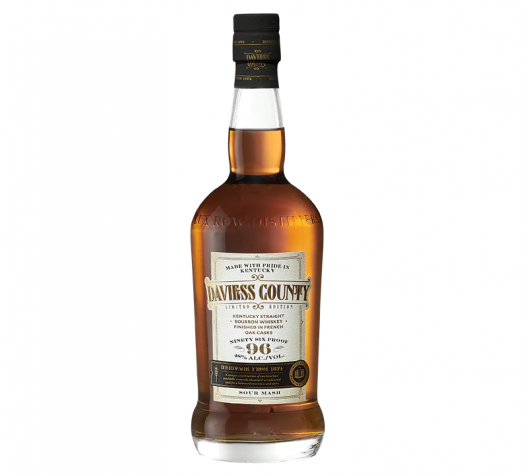 That’s not a typo in the headline. This really is Daviess County, with two Ses. It’s Kentucky, so it’s weird, OK?

Daviess County is the latest brand from Lux Row Distillers, which is relaunching a label that dates back to 1874. Says the company, “The brand, bought by the David Sherman Corporation in 1993, honors Daviess County, which boasts a long history of distilled spirits and iconic distilleries that helped Kentucky earn its reputation as the home of great bourbons. One of the first distilleries in that area, Daviess County Distilling Company, with heritage dating back to 1874, was one of the few distilleries to survive prohibition.  It helped pave the way for the nearly 20 other large distilleries that operated in Daviess County by the early 1900s. Today, only three remain, but the county’s significance in bourbon history lives on.”

It’s sourced stock, made in Kentucky (Heaven Hill is the usually-named suspect), but it’s made from an unusual four-grain recipe, a blend of both wheated and ryed bourbons. Three variations are on tap: A standard Kentucky Straight Bourbon, and two finished expressions, one in French oak and one in cabernet sauvignon wine barrels.

We got ’em all, and now we’re going to tell you how they acquit themselves. None carries an age statement; all three are bottled at 96 proof.

Daviess County Straight Bourbon – Traditional barrel char notes show first on the nose, making for a rather straightforward introduction. As it develops in the glass, aromatically it leans more heavily on the rye side of things, landing decidedly on the green side, showing a mix of herbs and a touch of menthol in the mix. The palate rushes quickly to sweeter fare: brown sugar and caramel, flambeed banana, and graham cracker notes. Some almond and a light chocolate element are evident on the finish, with a pop of peppery spice reprising the rye influence. To be honest, there’s nothing not to like here, and Daviess County works beautifully as a mixer or on its own. It won’t have you rethinking what you already know about bourbon, but it will probably invite a second glass. A- / $40 [BUY IT NOW FROM DRIZLY]

Daviess County Straight Bourbon Finished in French Oak Casks – Rested for six months in French oak barrels (of unstated origin). A bit doughy on the nose, the softness of the French oak is evident here, the whiskey taking on a pastry shop character from the start. Notes of fresh cream and some baking spices give the whiskey a gentle — and quite pleasing — approach. The palate is equally soft, gently bready with notes of buttered toast, butterscotch, and a light slathering of honey. There’s a touch of spice later in the game here, but largely it’s the gentler wheat side of this spirit is what dominates. It’s more of a pre-dinner sipper than a mixer, thanks to its innocuous and understated character from start to finish. B+ / $47 [BUY IT NOW FROM DRIZLY]

Daviess County Straight Bourbon Finished in Cabernet Sauvignon Casks – Rested for six months in cabernet sauvignon barrels from Napa. Here we have Daviess County at its most aggressive — though still it’s a fairly subdued experience. Again that char-heavy character informs the nose, filtered through the lightest touch of raisin and toasted spice notes. On the palate, dried fruits are immediately evident, with dark caramel, milk chocolate, and some coffee notes emerging. It’s moderately tannic on the back end, as the dense red wine notes take hold, though a silky body helps to temper that, along with some finishing notes of baking spice. B+ / $47 [BUY IT NOW FROM DRIZLY] 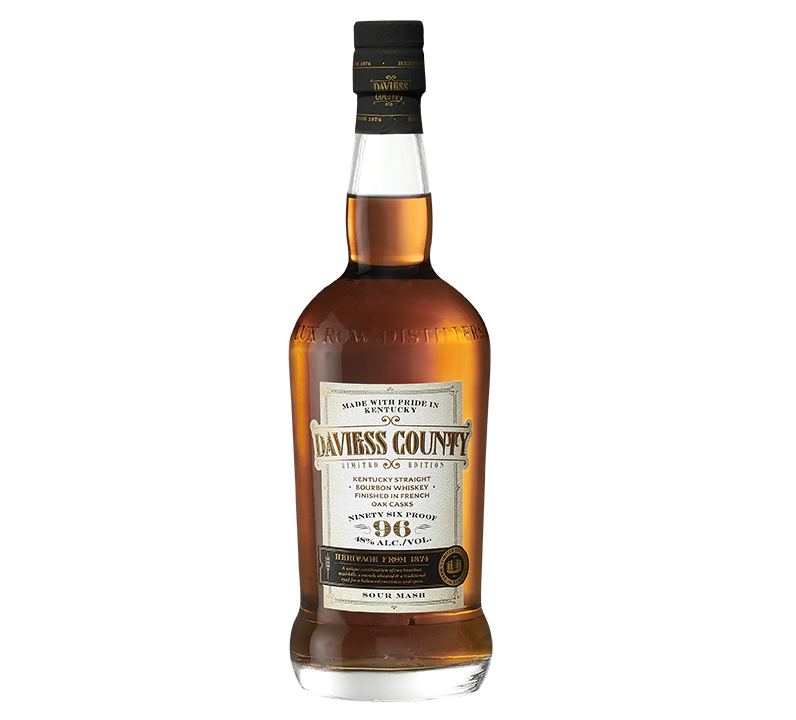 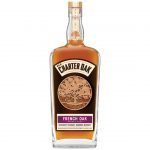