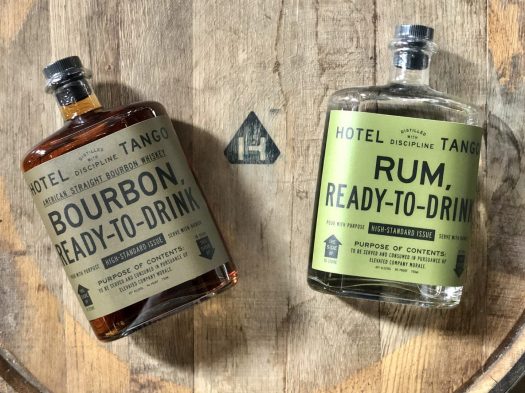 Hotel Tango is a new operation in Indianapolis, Indiana, and its military canteen-inspired bottle and label designs are killer. (They’re also intentional, as HT is the first combat-disabled, veteran-owned distillery in the U.S.) The distillery makes a wide range of spirits — nine at current count — ranging from bourbon to limoncello. Today we taste the company’s rum and bourbon, both made fully at the distillery. Production details like still types and mashbills are scarce, but that’s never stopped us before.

Hotel Tango Rum – Made with wild yeast, there’s a real agricole character on this rum, which features a funky nose that offers a classically youthful hogo note, plus an overripe banana and coconut husk character. The palate kicks off with a similar funk, vegetal and rustic, with a finish that melds notes of coconut, hemp rope, and a sprinkle of baking spice. It’s a little hoary at times and bit less sweet than I typically like to see in a white rum, but its craft credentials are clearly no joke, and the finished product is decidedly well-built. 90 proof. B+ / $30 [BUY IT NOW FROM DRIZLY]

Hotel Tango Bourbon – 2 years old. Tons of wood on the nose, but not in an overly lumberyard-like way. Aromas instead veer more toward furniture polish, walnut shells, and toasted baking spices. Lots of cloves in the mix as it wakes up in the glass. On the palate, the bourbon has a surprising initial restraint, though its punchy youth is never far from top of mind. Notes of caramel corn, spiced oatmeal, and hemp rope make alternate impact on the tongue, as gentle notes of menthol, spiced almonds, some raisiny sweetness, and a slight charcoal note take hold. The finish showcases more cloves, but it is surprisingly mellow and well-integrated, offering a fair balance between the immediately evident youth of the spirit and a surprising level of more mature elements given its very young age. This bourbon would clearly benefit from 2 more years in barrel, but as it stands, it’s showing a solid start. 90 proof. B / $40 [BUY IT NOW FROM DRIZLY] 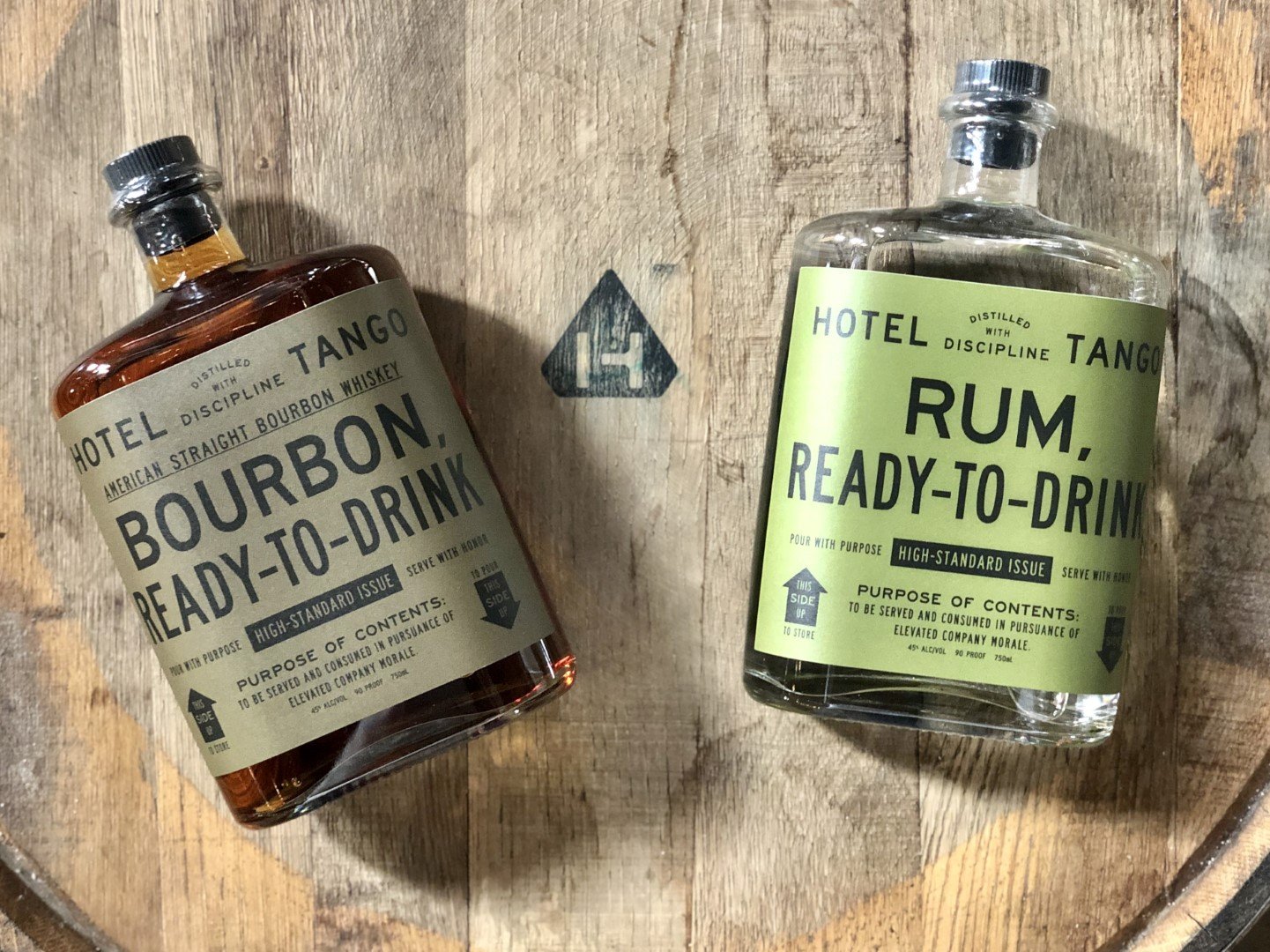