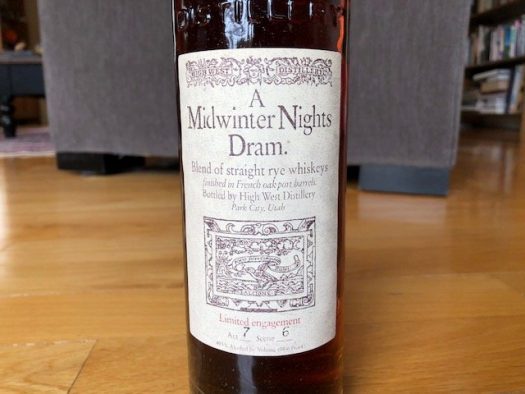 By now most whiskey fans are well familiar with High West’s A Midwinter Nights Dram, which is rye whiskey aged in new American oak and finished in French oak Port barrels. The component whiskey has changed over time, of course. Now it is a blend (unspecified proportions and no ages noted) of two whiskeys: a 95% rye, 5% barley malt from MGP and an 80% rye, 20% malted rye that High West makes in house.

Released not with batch numbers but as “act and scene,” the distillery is now all the way up to act 7, scene 6 with the cultishly-followed whiskey; we review said release here.

On the nose it’s peppery and oaky, less of an immediate fruit bomb than past releases of MWND, as it’s known. There’s clear rye spice on the backbone here, with a gentle currant and raisin note on top of it. A slight barbecue beef note is evident as it opens up in the glass.

On the palate, the whiskey is less overtly sweet than expected, a little hot but bursting with fruit — cherries, raisins, and mincemeat. There’s plenty of spice that tempers the sweetness further — nutmeg specifically, plus some white pepper. On the finish, there’s almond and milk chocolate, plus a lingering Christmas spice note that’s truly delightful.

Pretty, fun, and well-balanced, it remains a go-to whiskey for special occasions — or simply for sipping with dessert. 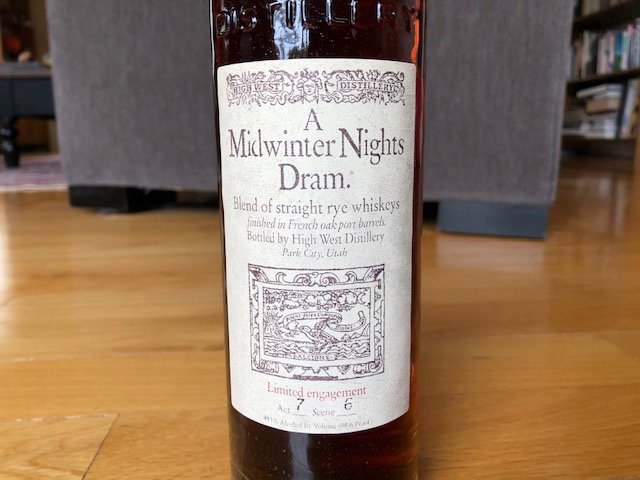