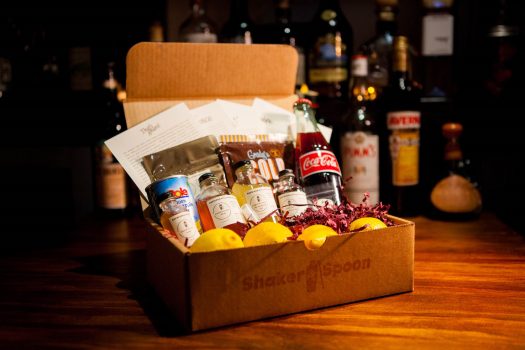 If you’re like me, when you find yourself face to face with an avant garde cocktail menu, you order the thing with the craziest ingredients on the list. I can make a gin and tonic at home just fine. Pickled boysenberry rhubarb shrub… that’s probably not something I’m going to whip up on my own. Not on a Tuesday night, anyway.

Shaker & Spoon is a cocktail subscription service that gives you a shortcut to high-end cocktails by mixing up all those shrubs, syrups, sours, and spices, packing them all into a box, and shipping it your way. A variety of kits are available as one-off purchases, or you can subscribe and get a new box each month. Each box is themed along a spirit or a region, and each box contains the ingredients to make four servings of three different cocktails. The catch: You get everything but the booze.

The company sent me their “That’s Amaro!” kit, and I spent several days concocting various versions of each of the cocktails included in the kit. The ingredients are impressive: 11 of them in total, including vials of toasted coconut syrup, lemon-grapefruit oleo saccharum sour, ancho chile demerara syrup, four lemons, and a whole nutmeg seed, among others.

Because the hard work of making flavored mixing ingredients is done for you, it’s easy to whip up the cocktails. The hardest thing I faced was making cold brew coffee for one drink, which required steeping a bag of grounds in the refrigerator for 12 hours. But for the most part, the effort involved is just measuring, stirring, and shaking.

The three cocktails were hit and miss. I enjoyed the Last Chance Nance, which has pineapple, lemon, ancho chile, and amaro, the most. The coffee-and-cocoa-based Slippery Slopes was a very minty sipper perfect for a cooler day than I was facing. My least favorite — which I didn’t even finish — was the Vino Labbra, which was much too sour and felt way out of balance.

The oddest thing about the kit was that the recipes do not specify which amaro to use, but suggest tweaks based on how sweet your choice is. I tried Last Chance Nance with three different amari. It was good with Jagermeister, great with Averna, and undrinkable with Fernet Branca. I later found out that the service emails you with more backstory and spirit recommendations, but I’m unclear why this isn’t included on the printed recipe cards.

At a price of $40 to $50 per kit, the cost of admission isn’t cheap: $3 or $4, booze not included, presuming you make every cocktail in the box. For that kind of scratch I expected a little more luxe packaging — the strings of paper used for padding are a mess to deal with — and more attention to detail — my tiny vial of orange oil was missing.

While it’s tough to recommend spending $500 or so each year on mixers, the good news is that Shaker & Spoon is a no-strings-attached, cancel anytime service. Presumably after you’ve dropped your first few hundred bucks, you’ll have figured out how to make your own shrubs. 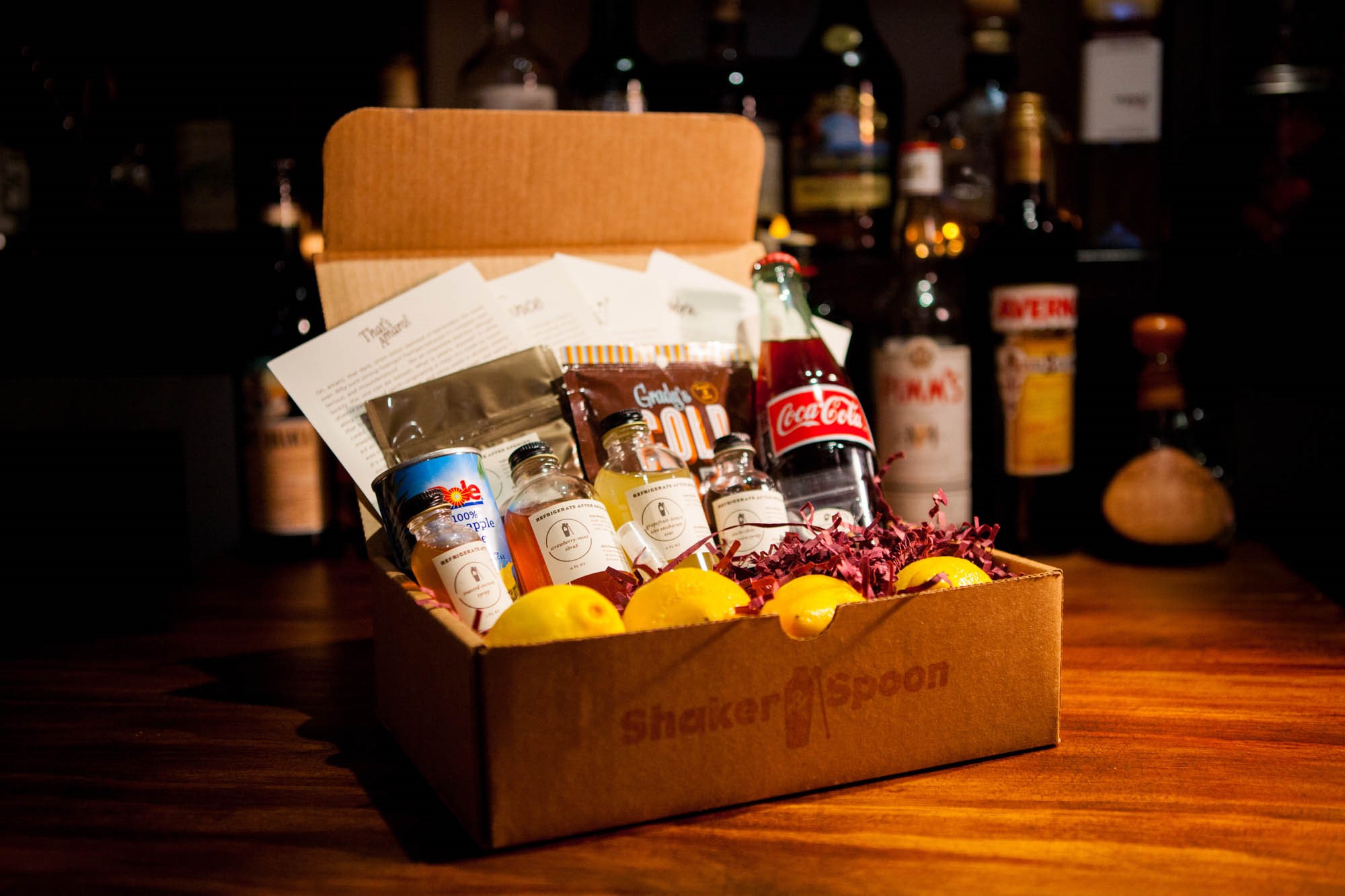