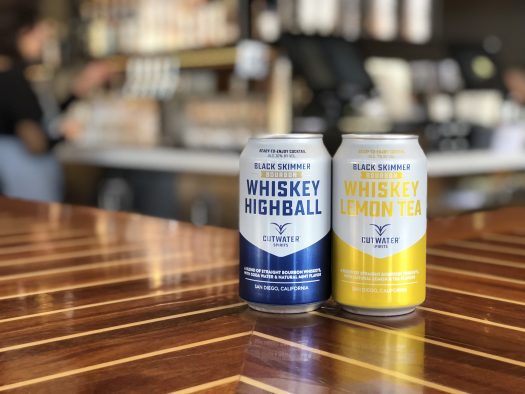 San Diego Cutwater Spirits, the growing spinoff of Ballast Point Brewing, has taken a cue from its originator by using its own hooch to make a pair of ready-to-drink whiskey cocktails. Both of these canned cocktails are made with Cutwater’s own Black Skimmer bourbon. We tried them both. Thoughts follow.

Cutwater Spirits Whiskey Highball – A blend of Black Skimmer bourbon, soda water (3:1 with the whiskey), and natural mint. It’s a nice-looking drink, a pale gold in color, and the mint catches on the nose. As with most highballs, the soda water does most of the work here — which is to say, there’s not much work being done. It’s a cocktail that’s intended to be very light and refreshing, and Cutwater’s rendition doesn’t stray far from the formula. Watered down this much, the whiskey only barely makes a showing on the palate, providing some dusty wood notes and hints of its granary base. Again the mint at least gives the highball a lift, though mainly it just makes me wish for a mint julep. 10% abv. B- [BUY IT NOW FROM DRIZLY]

Cutwater Spirits Whiskey Lemon Tea – A blend of Black Skimmer bourbon and house-made lemon tea (5:1 with the whiskey). Sweeter than the Highball, with a nice kick of both lemon and iced tea, this concoction is both more enjoyable and lower in alcohol, so theoretically more sessionable. The lemon is a nice touch, but it’s the honey notes in the tea that make this cocktail so drinkable. Again, it’s not overly complex (and doesn’t showcase much in the way of whiskey), but it’s just sweet enough to make it difficult to put down. 7% abv. B+ [BUY IT NOW FROM DRIZLY] 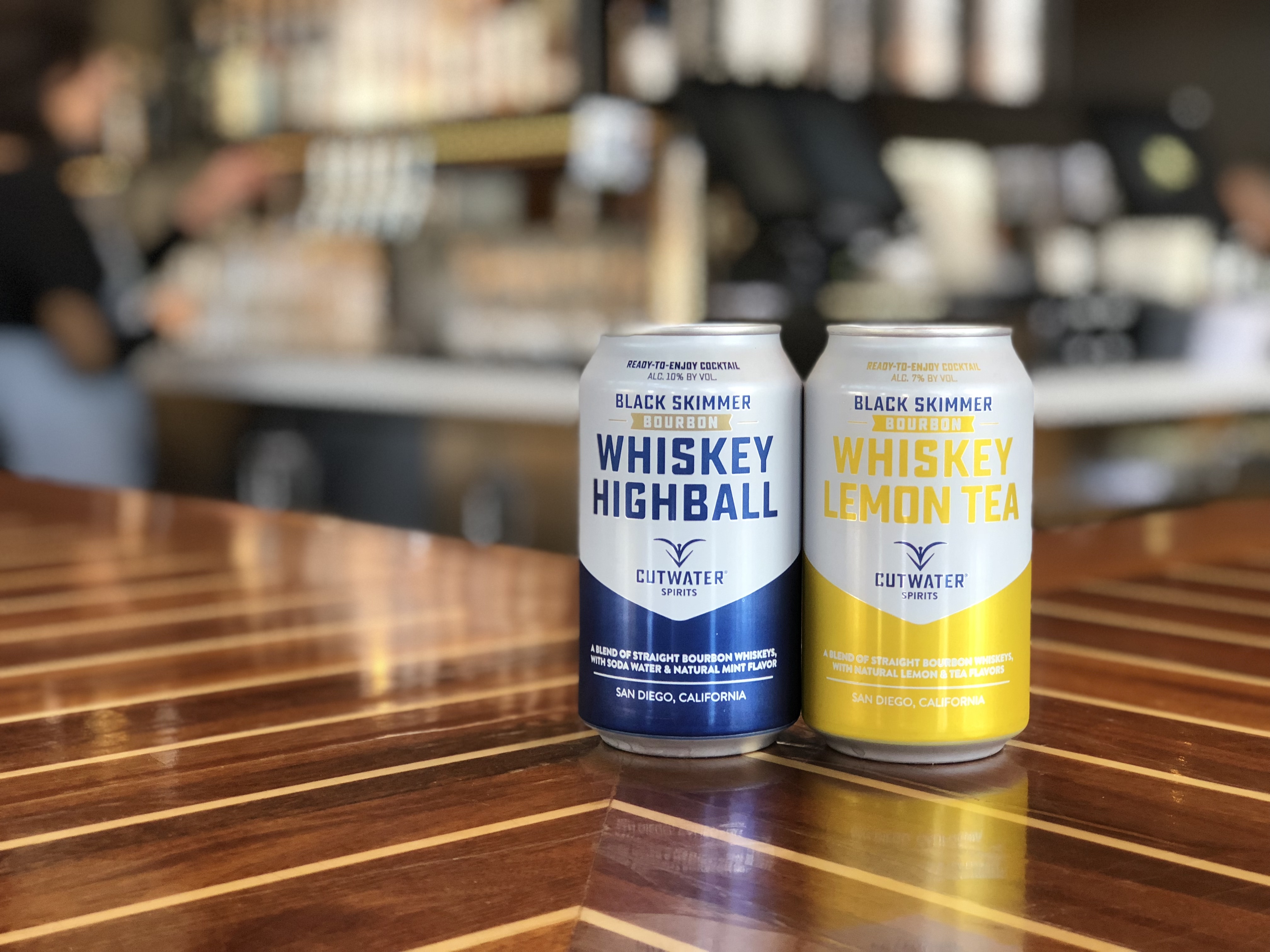